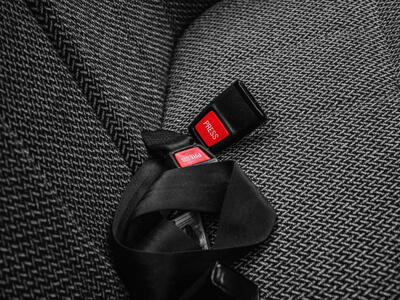 POAM President Jim Tignanelli drafted this letter for all POAM members to gain more information on law enforcement’s use or non-use of the safety seat belt. Read more below.

Friends: I’m hoping you will assist me in gathering some data on a task I have taken on. It involves the number of officers killed in traffic crashes who are not wearing seat belts.

I have made contact with ZF (formerly TRW), one of the leading providers of driver restraints and airbag technology, and have found that they are very interested in improving the safety of law enforcement officers. Here’s what I have been able to acquire thus far:

While seat belts first became required for front-seat outboard passengers in 1967, they were not required to be worn until 1985. At that time, approximately 45% of drivers wore the belt. In 2000, when seat belt use became a “primary offense,” the average went up to 83.5%. By 2009, Michigan reported over 95% of drivers wore their belts (#1 in the USA).

The problem we are seeking to solve is that use by police officers is reported to be closer to 50%. Wearing the belt has been mandatory since 1985, which would mean if you were born in 1969 and got your license at 16, the excuse of “old habits die hard” is not enough.

ZF is interested in hearing from me (you!) as to what can be done to get us past the usual excuse for not wearing your belt. You should know that your airbags are designed to work WITH the seat belt. Believe me, an unrestrained driver coming towards the airbag at impact is not going to be as safe as he/she would have been while restrained. Perhaps, with your input, ZF’s specialists will be able to determine if the release needs to be moved forward/backward or even upward. Perhaps the release needs a different kind of button. I remember when the Viper had shoulder/lap belts that pulled from the center of the car towards the door. It helped in getting out. Obviously, that was a two-passenger car. This may be less practical in our patrol cars. ZF has already worked to create an airbag design to accommodate side-marker lights. There’s a lot going on in the front seat of these patrol cars with computers, radars, radios, etc., and our officers are wearing more equipment on their person than would ever have been imagined.

Tell me why you feel more comfortable without your belt on. Tell me what changes might cause you to go back to wearing one. I promise you that your message/identify/opinion will be shared with no one. Send your thoughts to me at jat@poam.net. If the email system concerns you, call me at 313-937-9000. I’m just trying to filter out those who don’t do your job from tipping the scale.

Thanks for your time. And put that belt on!!!

As mentioned, if you have any questions, comments, or concerns, please contact President Tignanelli directly by email, jat@poam.net, or phone, 313-937-9000.