Train and Educate Filming cops: Is it legal? 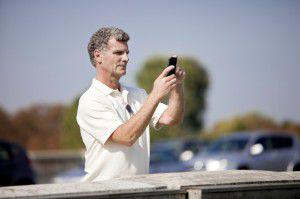 The prevalence of hand-held video recording capability has introduced a slew of new issues over the last few years. Almost everybody has a high-quality video camera in their pocket now, and this has led to a raft of “citizen journalists”. One of the most controversial aspects of this phenomenon has been the reality of filming police officers during arrests and other incidents. Without clear understanding of the laws surrounding this issue, a wrong move on either side can spell trouble for departments and civilians, especially with the mainstream media looking for a good story.

So let’s start with the basic question: Is it legal to film a police officer?

The short answer for now is “Yes”, unless the person filming is creating a safety hazard. Of course, if they’re in an officer’s face or obstructing an arrest, a case could probably be made for criminality, but courts have been ruling that it is within a citizen’s First Amendment rights to record police activities with cameras.

In the heat of the moment, of course, it can be anything from annoying to downright infuriating to have someone recording everything that’s going on during an incident. This is where your training and professionalism come into play.

Recently,  PoliceOne Senior Editor Doug Wyllie interviewed San Jose officer Ed Flosi, who had some very insightful comments. Flosi says, “As long as a person is within their legal rights to video record the officer, my advice to the officer would be to act like the professional law enforcement officer that you are and not to worry about the person making the video. The key training issue is to understand what ‘reasonable’ means in this context. As with any other evaluation of reasonableness, it will depend of the totality of facts and circumstances known to the officer at the time of the event. The facts relied upon by the officer must be objective and measurable.”

On top of potential legal issues, there is the question of distraction and split attention. Flosi has this to say about the issue:

“This is the age of instant video and everybody with a cellular device is a potential news reporter in their own right. There is no way to absolutely restrict civilians from video recording an officer. If the non-involved person taking the video is in a lawful place and is not causing a safety concern for anyone involved, the officers should be more concerned with the task at hand rather than who is running video of the event. An officer who takes his or her attention away from the task at hand to worry about a person running video is going to suffer from split-attention deficit. When a person is forced to focus on more than one item, the amount of focus on either item suffers. In other words, they may miss something that the primary suspect(s) is doing that could get them hurt or killed.”

We’ll be covering this hot-button issue more in-depth. If you have any questions about procedures in your department, it’s probably a good discussion to have with your supervisor.