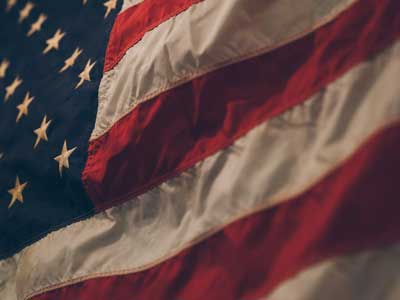 Nominated as recipients for POAM’s Police Officer of the Year, the Houghton & Keweenaw Counties Deputies could not attend the 2019 Annual Convention, due to distance and no additional support. But, that didn’t stop them from receiving their awards. Read the story below to learn more.

On Wednesday, September 19, 2019, four Copper Country Sheriff’s officers were honored for their heroic actions during the Father’s Day Flood. Houghton County deputies Hans Tolkkinen, Tyler Harju and Angela Miles, and Keweenaw County sergeant Brad Pelli coordinated the rescue of 12-year-old Thatcher Markham after the boy was trapped in the rubble of a collapsed basement at his home on the Portage Canal.

Police Officers Association of Michigan (POAM) President James Tignanelli recounted the story of how Tolkkinen and Miles drove as far as they could up the damaged Canal Road.

“They went through flooded waters, and they ran a mile on foot over trees and downed wires. If they hadn’t done it, people probably wouldn’t have been angry about it, it was one of those things that they just chose to do,” said Jim Tignanelli, the President of the Police Officer’s Association of Michigan (Source: Upper Michigan Source).

They administered first aid and commandeered a boat to take Markham across the Portage to an ambulance that shift supervisor Harju had contacted. Harju and Pelli returned to the Markham home in the boat to assist other family members. Markham had a pulse when he arrived at UP Health System-Portage but later passed away.

Listen to President Tignanelli retell the story while showing the scenary in Houghton County, Michigan below.

We’re absolutely honored to award these brave deputies as 2019 Recipients of the POAM Police Officer of the Year Award. To read the full account of the story, please visit our previous post.