News and Events Opinion Article: “I’m a Former Law Enforcement Officer — I Won’t Encourage My Kids To Be Cops” 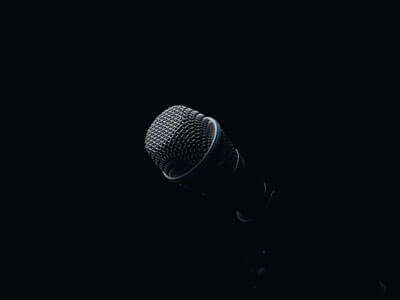 Should You Encourage Your Kids To Become Cops?

A line in Waylon Jennings and Willie Nelson’s “Mammas, Don’t Let Your Babies Grow Up to Be Cowboys,” warns: “Them that don’t know him won’t like him.” As a retired law-enforcement professional, it deeply saddens me to witness how my former profession suddenly finds itself in similar straits — reviled, the object of scorn and derision.

I am also a father. I will not encourage my children to grow up to be cops.

As the nation braces for the one-year anniversary of George Floyd’s death, I sense nothing that gives me any hope that we will break the anti-cop fever any time soon.

Due process for police? Passé. Presumption of innocence? Police are guilty before they can be tried — guilty even before the clips of body-cam footage are posted.

Just ask LeBron James, who boasts almost 50 million Twitter followers: Even when a cop rightly used deadly force to prevent one 16-year-old girl, Ma’Khia Bryant, from stabbing another, he tweets that the officer should be held “accountable” and even the threat “You’re next.”

We have lost our collective capacity to view fatal police shootings through an objective prism. They all get lumped together, justified or not. The Floyd case put the entire nation on trial as indelibly racist. Yet the reckoning is itself based on a biased narrative.

Activists and armchair quarterbacks confidently assert what an officer’s actions should have been — long after the dust has settled and based merely on a sometimes misleading video clip.

Why would I want my children to join the ranks of a profession whose members continue to be spat upon, disrespected, taunted and baited by “reformers”? Where police brass are rendered impotent by politicians who have long since caved to the mobs, instructing officers to “de-escalate” in the face of violent rioters and agitators?

Even now, as I pursue a doctoral degree focused on police use of force, my research informs me that fatal shootings of unarmed black men are an anomaly. Yet you’d never know this from the amount of coverage these incidents receive.

It’s estimated that police have some 76 million interactions with civilians over the age of 16 annually. On average, police fatally shoot around 1,000 civilians per year, about one in every 76,000 interactions. The vast majority of those shot are armed with a weapon — placing a police officer in a position to kill or be killed.

Yes, a small handful of these shootings are of someone unarmed. In 2020, The Washington Post database “Fatal Encounters” identified 55 unarmed people who were killed by police. (Keep in mind that violently struggling with or attempting to disarm an arresting officer counts as “unarmed” if the suspect doesn’t actually possess a weapon of his own.)

Of those 55 deaths, 24 were white, 18 black and 8 Hispanic. Arguing that this shows fatal police shootings involve minorities at disproportionate rates based on their percentages in the population ignores the fact that groups do not offend at the same rates. When a group is responsible for a higher percentage of criminality, especially violent crime (as the FBI’s Uniform Crime Reporting indicates year after year), this forces more police-civilian interactions for that group and results in more fatalities.

But none of this matters to critics like LeBron James or even a supposed expert like former Labor Secretary Robert Reich, who last month cited the number of year-to-date fatal police shootings in a tweet, while adding: “The system is still getting away with murder.”

No, it’s the critics who are getting away with unfair, naïve or disingenuous attacks on police. And there’s no end in sight.

Encourage my children — or anyone else’s, for that matter — to take up a dangerous and thankless profession amid today’s anti-cop environment?