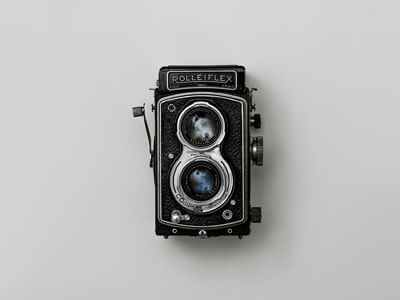 A report issued by then-Attorney General William P. Barr as Biden administration prepares to launch its own commission.

Every state should require its police departments to have an independent agency investigate all fatal shootings and other serious use-of-force incidents by officers as one way of restoring public faith in American policing, according to the final report of a commission created by President Trump to examine ways to improve the criminal justice system.

The report also calls for expanding the use of various technologies to fight crime, improving recruitment and training of officers, maintaining qualified immunity for officers who are sued for their actions, and reining in reform-minded prosecutors who declare they will not enforce certain laws such as marijuana possession.

And to further reduce the use of police force, the report suggests that police improve the investigations into complaints by civilians. That way, more people might “Comply, Then Complain” against officers who use excessive force, rather than resist an officer’s commands, the commission concluded.

The 332-page report by the President’s Commission on Law Enforcement and the Administration of Justice was compiled by 18 police, prosecution, and Justice Department officials, aided by 15 working groups composed of 120 members who are also mostly police and prosecutors. The all-law enforcement composition of the main commission was criticized by members of the defense bar, the civil rights community, and others for its lack of diversity. After the NAACP Legal Defense and Educational Fund (LDF) sued then-Attorney General William P. Barr and the commission for violating federal law on advisory committees, a federal judge in Washington found the commission did violate the law and ordered a disclaimer included in the report saying its membership was not fairly balanced, it did not file a charter or provide timely notice of its meetings.

The commission, and the report, were the result of a years-long push by police groups such as the International Association of Chiefs of Police (IACP) and the Fraternal Order of Police to undertake a broad review of policing, similar to one launched in 1965 by the Katzenbach Commission under President Lyndon Johnson. That commission recommended innovations such as a universal 911 emergency phone line, improved police training, and better statistical data about crime and policing when it published its findings in 1967. Trump signed an executive order creating the President’s Commission on Law Enforcement and the Administration of Justice in October 2019, and Barr swore in the 18-member commission last January.

But President-elect Joe Biden has said he will form his own policing commission, leaving the fate of the new report uncertain. Terry Cunningham, deputy executive director of the IACP, which helped persuade Trump to launch the commission by executive order after Congress repeatedly failed to do so, said of the report, “Don’t throw out the good work that’s already been done.” He pointed to numerous suggestions for police handling mental illness on the streets, expanding the technology that tracks bullet casings to solve shootings and the call for independent probes of police shootings as evidence-based strategies that would improve public safety.

In his letter submitting the report, Barr said that the study was not “an academic exercise” and that he hoped “its many recommendations will be implemented by policymakers, legislatures, and law enforcement agencies.” Phil Keith, chairman of the commission and head of the Justice Department’s Office of Community Oriented Policing Services, said in his introduction that nearly 200 witnesses provided oral testimony in more than 50 hearings, and an additional 190 individuals or groups submitted public statements.

Justice Department officials declined to comment on the substance of the report, with a spokeswoman saying that the LDF lawsuit, which is ongoing, prevented them from discussing it. Jay Town, a former U.S. attorney in Alabama who headed one of the commission’s working groups, said the report was “chock full of game-changing solutions that move the needle positively for every American.” He cited proposals such as allowing officers to issue summonses for low-level offenses rather than making arrests; adjusting felony thresholds for nonviolent offenses such as theft and drug possession; and allowing state prisons to jam inmates’ cellphone traffic as practical examples.

Some said that the commission’s lack of diversity was reflected in the report. Miriam Krinsky, executive director of Fair and Just Prosecution, a group dedicated to justice reform, said, “While the Commission’s report gives a nod to the importance of trust in keeping communities safe, and also acknowledges that law enforcement cannot address these issues alone, the group’s membership, focus, and process failed to embrace these all-important starting points.”

The head of the Justice in Public Safety Project for the LDF, Puneet Cheema, said that “the Biden administration should immediately disavow and rescind the report.” She said the report “fails entirely to consider the role of bias and discrimination in policing,” and instead “promotes an increase in criminalization of youth,” referring to a section that recommends increased accountability for juveniles, “while increasing the barriers to accountability for officers” by supporting qualified immunity and “officers’ bills of rights.”

After the working groups had finished their work, two members — the district attorneys of Ramsey County, Minn., and Wyandotte County, Kan., — resigned, saying they were not allowed to see the final report and that the commission would not address their concerns about a lack of diverse membership or input.

The new report covers a wide swath of the criminal justice system, including not only policing but jails, juvenile justice, victim services, rural and tribal policing, immigration, and mental health. The commission came up with 170 recommendations after it, and the 15 working groups, held months of teleconferenced hearings and received written testimony and suggestions from people across the justice spectrum. It was released to the White House by Barr on Dec. 22 with a short news release, a day before he stepped down as attorney general.

As the commission was in the middle of holding hearings, George Floyd was killed while in police custody in Minneapolis, creating a widespread backlash against law enforcement. The commission acknowledged this, saying the government must develop policies that “promote public trust in law enforcement but also deter abuses by police that undermine that trust.”

So the commission not only called on police departments to make their use-of-force policies publicly available but also for every state to pass laws requiring that its law enforcement agencies “have an independent, external agency … conduct the criminal investigation of use-of-force incidents that result in death or serious bodily injury.” Many police departments handle the probes of officer misconduct themselves, opening them to criticism that they are not objective in analyzing their own employees’ actions.

Article: Prosecutors charged more police after Ferguson but struggled to win convictions. Will that change after George Floyd?

The report also recommends specific protocols for reducing police use of force.“This Commission and law enforcement officers across the country,” the report states, “belief in the sanctity of human life; therefore the use of lethal force to save themselves or another life must be a last resort.”

But the report also reminds us that citizens must defer to the police first. “The Commission asserts that the primary prevention of unwarranted force by law enforcement,” the report states, “is for citizens to ‘Comply, Then Complain.’” The citizen complaint process should be improved so that people have faith that misconduct will be properly dealt with, the commission states.

Cheema said that the suggestion that citizens submit, “even when officers act unlawfully, disregards the rights of people who are subjected to unlawful officer activity and is anti-democratic.”

The commission took a strong stand against reform-minded prosecutors who have declared their opposition to misdemeanor marijuana laws and cash bail. “A threat to the rule of law, and the ability of law enforcement to uphold it,” the report states, “has recently come from self-identified ‘progressive’ or ‘social reform’ prosecutors.” One federal prosecutor testified that prosecutors are usurping the role of the legislative branch, in turn causing violent crime to go up and forgetting crime victims.

The report calls on states to “provide oversight of prosecutors” who have announced they will not enforce certain laws, that the prosecutors should publish such policies, and that “where necessary, legislators should take legal action to prevent such policies from harming public safety.” The report also calls for studying the effects of drug decriminalization and eliminating cash bail on public safety.

The commission said that “the doctrine of qualified immunity for law enforcement officers should not be weakened.” The doctrine holds that officers are largely not liable to be sued for actions committed while on duty. “I don’t think you need to reduce immunity to go after the bad cops,” Barr told the commission in one of its hearings, “because that would result certainly in police pulling back.”

The report calls for better help for crime victims, noting that 50 percent of U.S. law enforcement agencies have no one dedicated to victim assistance. It also calls for jails to screen all inmates for mental health and substance abuse, for states to expand treatment courts and an assessment of the effectiveness of indigent defense practices. Jails and prisons also should develop incentives for inmates to prepare for reentry to society and states should remove barriers to inmates getting jobs and housing once released, the report states.

Expanded use of technology, such as drones, facial recognition, and “shot spotter” listening devices, all of which have come under criticism from civil liberties groups, is supported by the commission. Cheema said drones and facial recognition are “known to be discriminatory and problematic.”

The commission also calls for access to private surveillance cameras and encrypted devices and calls for a “national automatic license plate reader clearinghouse,” to collect the data from police cameras that capture the time and location of a vehicle’s license plate. The data can help investigations by showing “where a vehicle has been, whether it was at a crime scene, and its travel patterns,” the report states. The collection of license plate data has been strongly criticized by civil libertarians and is prohibited in some states.

“We need to give ourselves permission to admit that our criminal justice system can be improved,” Town said. “We should also be thankful that almost every ailment of our system of justice, real or perceived, was met with a robust appraisal by some very bright people.”

Related Post: Legislative Year End Wrap Up and 2021 Look Ahead