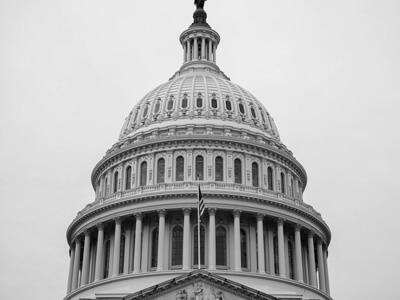 A Legislative Look Back at 2020

A year unlike any other! As with most other sectors, Michigan’s state government greatly adjusted its planned priorities this past year to focus on responding to the pandemic. However, while most industries were either required by the Governor’s executive orders to shut down completely or partially with so many performing work remotely, the Legislature met in-person for their committee meetings and session days. Many questioned these in-person gatherings and, without having a “virtual backup plan,” both the House and Senate had to cancel a number of critical session days due to members and staff testing positive for COVID. Since March, over a dozen members of the legislature tested positive for COVID and sadly, Rep. Issac Robinson (D-Detroit) passed away due to complications of the virus.

As life is far from normal, many continue to be frustrated by government leaders’ vastly different ideas on how the state should respond to the pandemic and the additional friction and lawsuits that has caused. A successful vaccine rollout can’t come fast enough! While the session schedule didn’t hold its normal schedule and pace, this year did see significant legislation passed, including:

As the 100th Legislature closes out its two-year session, a much quieter lame duck only added to the abnormality of the year. As we wrap up on 2020, please keep in mind that:

As for the efforts on your behalf this year, we’d agree that this past year was extremely different from past years, but the following are some of the highlights.

A Look Ahead to the New Year

A new two-year legislative term will officially kick-off on Wednesday, January 13, the first constitutionally required day that the Legislature convenes.

While they all know each other, these new leaders will need to quickly forge strong working relationships with Governor Gretchen Whitmer, Senate Majority Leader Mike Shirkey (R-Clarklake), and Senate Democratic Leader Jim Ananich (D-Flint). The Senate was not up for election this year and therefore its leadership will not change in January.

In the Senate, where Republicans currently have a 22-16 majority, two Republican Senators will be departing after winning local elections this past November. This leaves Shirkey’s Republican caucus with a slim 20-16 majority. While there will need to be a special election called by the Governor to fill these two open seats, the districts are very Republican-leaning and, therefore, it’s expected that she’ll be in no hurry to call a specialist to fill them. The departures of both Senator Peter MacGregor (R-Rockford) and Senator Peter Lucido (R-Shelby Twp) will leave open their plum committee assignments for their colleagues to jockey over. These include the Senate Community Health/Human Services Appropriations Subcommittee and the Senate Judiciary & Public Safety Committee. Additionally, Senator MacGregor’s Senate Floor Leader leadership role will be transitioned to Senator Dan Lauwers (R-Port Huron).

The Governor is concluding her second year and it’s noteworthy that most of her appointed department directors remain in their roles. In her office, however, there have been significant changes, including the recent naming of a new Legislative Director. George Cook, formerly a lobbyist, took the reins in November and will continue in the role in this session. In 2021, we are watching for potential departures to join the President Biden administration. Early indication is that the current MI Department of Health and Human Services Director, Robert Gordon, is a possible choice for a significant appointment.

Below is a quick look at some of the key happenings that will occur early next year and several of the policy issues we expect will grab the headlines. We want to wish you a very happy and safe Holiday season. See you in 2021!

Upcoming Happenings in the Year

Issues on the Horizon

During the first few months of the year, the caucuses will release their policy objectives and priorities for the 2021-2022 legislative term. Here are a few that we will be on those lists:

Our team will continue to keep you informed of all important dates and key information as it happens. We look forward to partnering with you in the upcoming year and continuing to be your eyes and ears in, and around, the Capitol.