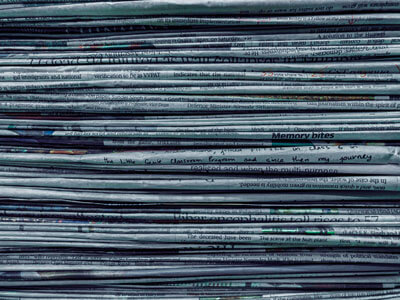 Following the November elections, Congress returned to Washington to take up a number of critical issues prior to year-end deadlines. On December 21st, both the House and Senate passed the final government funding bill – the Omnibus Appropriations Act for FY’21 and additionally managed to complete a $900 billion COVID relief measure designed to provide long-awaited assistance to Americans, small businesses, and industries ailing from the coronavirus pandemic. The $900 billion COVID package was paired with the massive $1.4 trillion omnibus spending bill that funds the federal government through September 2021.

The COVID aid package included $600 in direct payments to most Americans, $300 per week in enhanced federal unemployment benefits until March 14, and more than $284 billion in loans for businesses through the popular Paycheck Protection Program. The relief measure also extends the moratorium on evictions until January 31 and provides more than $30 billion to accelerate the distribution of coronavirus vaccines. The pandemic relief measure would deliver the first major infusion of new aid in nine months since Congress passed a roughly $2 trillion package in March.

The Consolidated Appropriations Act, 2021 (HR 133) is a $2.3 trillion spending bill that combines $900 billion in stimulus relief for the COVID-19 pandemic in the United States with a $1.4 trillion omnibus spending bill for the 2021 federal fiscal year (combining 12 separate annual appropriations bills) and prevents a government shutdown. The 5,593-page bill is one of the largest spending measures ever enacted, surpassing the $2.2 trillion CARES Act, enacted in March 2020. The legislation is the first bill to address the pandemic since April 2020.

The bill was passed by both Houses of Congress on December 21, 2020, with large bipartisan majorities in support. It was the product of weeks of intense negotiations and compromise between Democrats and Republicans during the lame-duck/post-election session. After initially criticizing the bill, President Trump signed it into law on December 27th.

The measure omits a series of policing reform measures pursued earlier this year by a number of Members, including qualified immunity restrictions and language that would have made some state and local law enforcement grants contingent on policy changes. However, the final agreement includes several measures including increased oversight, data collection, and training.

Task Force on Law Enforcement Oversight: The agreement directs the Attorney General to establish a Task Force on Law Enforcement Oversight, with up to $5,000,000 to be provided to the Department of Justice. The Task Force is to be comprised of representatives from multiple DOJ Department components, in consultation with law enforcement, labor, and community-based organizations to coordinate the detection and referral of complaints regarding incidents of alleged law enforcement misconduct.

With a new Democratic-controlled House and Senate, each with narrow majorities, the 117th Congress could prove to be a challenge for the new Biden Administration.

While a number of police reform issues are expected to be a point of contention with the administration, President Biden has committed to including all law enforcement voices at the table in policy discussions impacting the community. He has included “racial equity”, which encompasses police reform, as one of his priorities. Among the reform issues, Biden has pledged to work with Congress include a national ban on chokeholds; an end to the Department of Defense 1033 Program; the creation of national use of force model; and improved oversight and accountability in law enforcement, including the establishment of a national police oversight commission.

House Democrats lost seats in the November elections and now hold a slim majority, making moderate Democrats possible power-players as they can join with their Republican colleagues in impacting legislation. All of this will be critical in the debate on police reform, particularly as the “defund the police” message that was pushed by many progressives over the summer and fall hurt some Democratic candidates.

On December 22nd, following months of virtual meetings, testimony, and study, former Attorney General William Barr submitted the final report of the President’s Commission on Law Enforcement and the Administration of Justice to the White House. This report represents the first comprehensive study of law enforcement in more than 55 years.

In 2019 then President Trump signed Executive Order No. 13896, which directed the Department of Justice to establish the “Commission on Law Enforcement and the Administration of Justice.” The purpose of the Commission was to conduct a modern study of the state of American policing and determine specific measures to reduce crime and promote the rule of law. At the conclusion of the study, the Commission was to issue a report.

The report calls for expanding the use of various technologies to fight crime, improving recruitment and training of officers, maintaining qualified immunity for officers who are sued for their actions, and reining in reform-minded prosecutors who declare they will not enforce certain laws such as marijuana possession.

And to further reduce the use of police force, the report suggests that police improve the investigations into complaints by civilians. That way, more people might “Comply, Then Complain” against officers who use excessive force, rather than resist an officer’s commands, the commission concluded. Every state should require its police departments to have an independent agency investigate all fatal shootings and other serious use-of-force incidents by officers as one way of restoring public faith in American policing, according to the final report.

The Department of Justice’s Office of Community Oriented Policing Services (COPS Office) has established the first-ever “Community of Practice for the state, local and tribal grantees to connect, learn, share experiences, and network in an effort to continue the growth of law enforcement mental health and wellness work.” Good mental and psychological health is just as essential as good physical health for law enforcement to be effective in keeping the country and our communities safe from crime and violence. The “Community of Practice” recently launched its work with a virtual meeting establishing short- and medium-term goals.

“Supporting the health and well-being of the nation’s front-line law enforcement as they ensure public safety is paramount to the Department of Justice,” said COPS Office Director Phil Keith. “The Department has dedicated resources to critical areas of concerns for officers including resilience; officer suicides; felonious and other assaults on officers; and mental health peer support networks. Establishing this new Community of Practice will provide the guidance, assistance, resources, and support needed to further develop solutions to keep law enforcement safe and well, as they keep our communities safe and well.

President Trump’s Executive Order on Safe Policing for Safe Communities directs expanded capabilities and functionality of the NDI. For example, in addition to listing terminations and decertifications of law enforcement officers for misconduct, the NDI will soon contain additional information for vetting applicants and lateral hires.

The COPS Office noted that the NDI will potentially include mechanisms for tracking criminal convictions of law enforcement officers for on-duty conduct and civil judgments against officers for improper use of force where the officer resigns or retires while the investigation into the use of force is ongoing. The COPS Office announcement stressed that, in all instances, the NDI would limit such entries to cases where the officer has been afforded due process pursuant to the local jurisdiction’s statutes and regulations.

Qualified immunity is an important protection for the men and women in law enforcement who put their lives on the line every day to protect American communities. The legislation recognizes that Courts have repeatedly noted that the doctrine does not shield the inept or willfully blind but does protect law enforcement officers from attempts to impose “after-the-fact” liability for actions that no reasonable official could have known were unlawful at the time. By codifying the currently accepted doctrine of qualified immunity, the Qualified Immunity Act will ensure that violations of known rights are punished, and those officers who performed their duties reasonably are shielded from harassment. Rep Banks went on to state, “Political violence is wrong, and we must bring those who perpetrate it to justice. Similarly, we must stand behind our nation’s law enforcement as they put themselves in harm’s way to keep us safe.”