Every year, the Police Officers Association gives out several awards during its Annual Convention. Below you will find a list of all the award-winners, as well as the audio of the award presentations. Thank you to all our brothers and sisters in blue who help protect Michigan’s citizens. 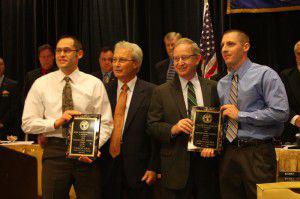 At 2:30 a.m. on February 10, 2011, these three officers fought through a blazing fire in a Plymouth apartment building to save dozens of lives that would’ve been lost in the fire. Ahead of the Fire Department, the officers awoke and rescued residents, all without protective firefighting equipment. 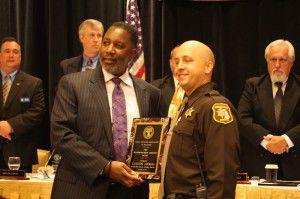 POAM Officer of the Year Awards 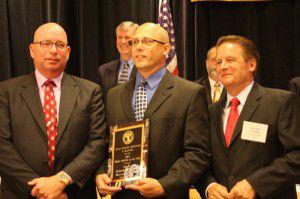 At 8 p.m. on August 2, 2011, Deputy Ballard spotted a man waving for help ont he side of the road near the Huron River. After parking his car, he heard screaming and bravely fought through rough water to pull a drowning man out of the water to safety.

On April 2, 2010, Officer Kozloff placed his own life in jeopardy to stop a man after it was reported that he had a gun. The suspect led Office Kozloff on a seven-mile chase and took his own life after a exchanging shots with the Officer. 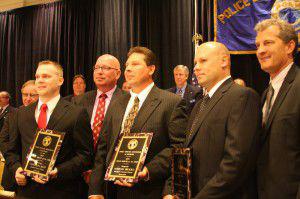 These three officers saved a paralyzed, elderly woman from a house fire in Westland. They bravely risked their lives to rescue a helpless person who would not be alive today if not for them. 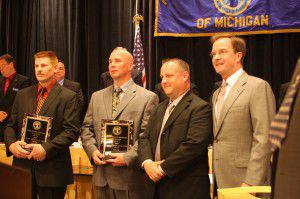 On December 7, 2011, these three brave officers helped prevent a woman from being harmed by her ex-boyfriend who came to her house uninvited to confront her about her new boyfriend. The officers blocked the man’s vehicle in her driveway and killed him after he attempted to shoot one of the officers. 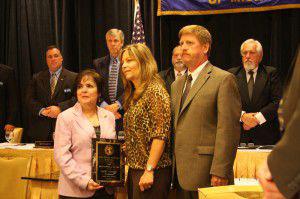 Officer Nehasil died in the line of fire on January 17, 2011. The officer was shot by a man who was fleeing police after a robbery. Officer Nehasil is remembered as being “always about the team” and always the first officer on the scene. 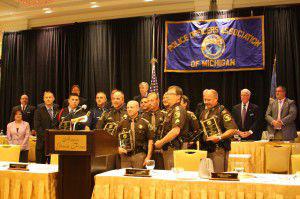 Officer Slot was killed on October 13, 2011 while bravely trying to stop two bank robbers fleeing the other officers on westbound I-96. He was hit by the suspects’ vehicle at 108 mph as he attempted to lay down road spikes. The other officers involved shot and killed both suspects, ending the 34-minute long chase.

Administrator of the Year Award 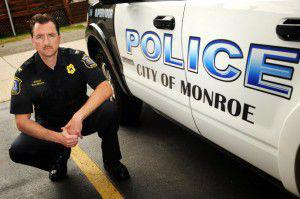 Jurist of the Year Award 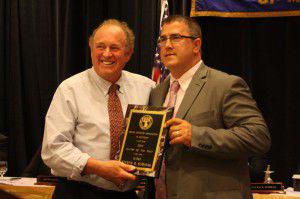 Judge Servaas has been on the bench for more than 40 years and has worked heavily with law enforcement agencies throughout Michigan. 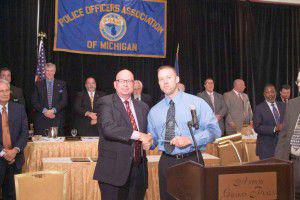 President Sanders was charged with the task of figuring out how to continue to fight crime in Oak Park with fewer resources than ever before. It’s a job that no one wants, but one that has to be done and President Sanders has continued to fight for officers’ rights.

Legislator of the Year Awards 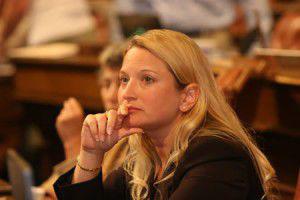 State Sen. Warren and State Rep. Bledsoe have worked very closely with POAM and continue to fight for our members’ rights in the legislative arena.

Administrator of the Year Award 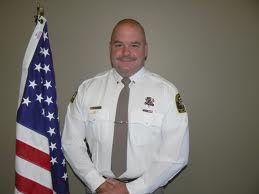 Due to unforeseen circumstances, Sheriff Wilson was not able to attend the POAM Annual Convention, but won this award for his many accomplishments as Clare County Sheriff.