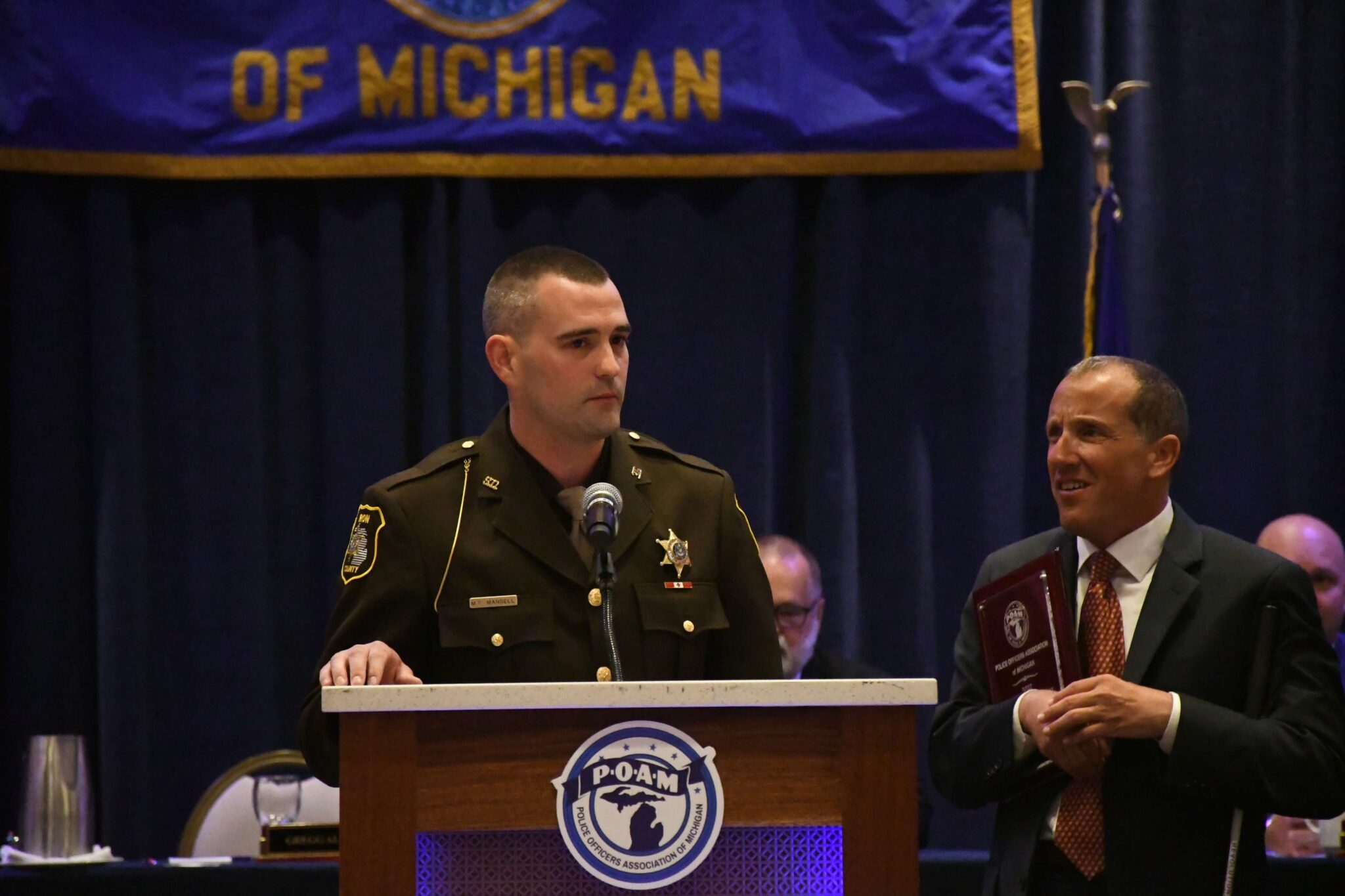 With great distinction, the Police Officers Association of Michigan awards officers who show great courage in adversity. Two recipients of the Police Officer of the Year Awards are Iron County’s Deputy Michael Mansell and Officer Curt Harrington. The incident that transpired showed the bravery of the two law enforcement officers and a testimony to their work.

On June 24th, shortly after 1600 hours, Officer Curt Harrington was advised by dispatch of a well-being check on Cayuga Street. He responded to the call and was the first responder on the scene. Moments later, Deputy Mike Mansell also arrived after being called by dispatch for backup. One of the suspect’s friends placed the call, who was concerned about the suspect’s behavior as he was lashing out after they played a game online.

At the scene, they spotted the suspect’s wife in the backyard. Her husband was still inside the house, screaming and breaking things. She feared for her life and told the officers that several weapons were in the house but she could not identify where they were located as her husband moved them.

Officer Harrington and Deputy Mansell both urged the suspect to put the gun down multiple times. But the suspect refused and continued to advance toward them. Despite the command to stand down and drop his weapon, the suspect continued to yell profanities and kept coming closer before raising his weapon.

At this point, they could no longer de-escalate the situation and the suspect.

Officer Harrington quickly drew his pistol and fired at the suspect, as did Deputy Mansell to subdue him. The suspect fell to the floor, and they tried to revive him until EMS came. Even with their best efforts, the officers, unfortunately, could not revive the suspect.

Every day, these men respond to calls not knowing the situations that await them but set out with the intent to protect their community. It had only been a few months prior that Deputy Mansell had responded to a call nearby at Forest Park and helped save a young athlete’s life, but now together these men face another life-or-death situation. Together, both have shown an immense amount of bravery to carry out their duties in the face of danger.

The POAM is proud to have officers like Officer Harrington and Deputy Mansell in departments, like Iron County. May their work inspire future police officers and award nominees in the years to come.

Congratulations Deputy Mansell and Chief Harrington, a well deserved honor. Thank you for your service to the citizens of Iron County.