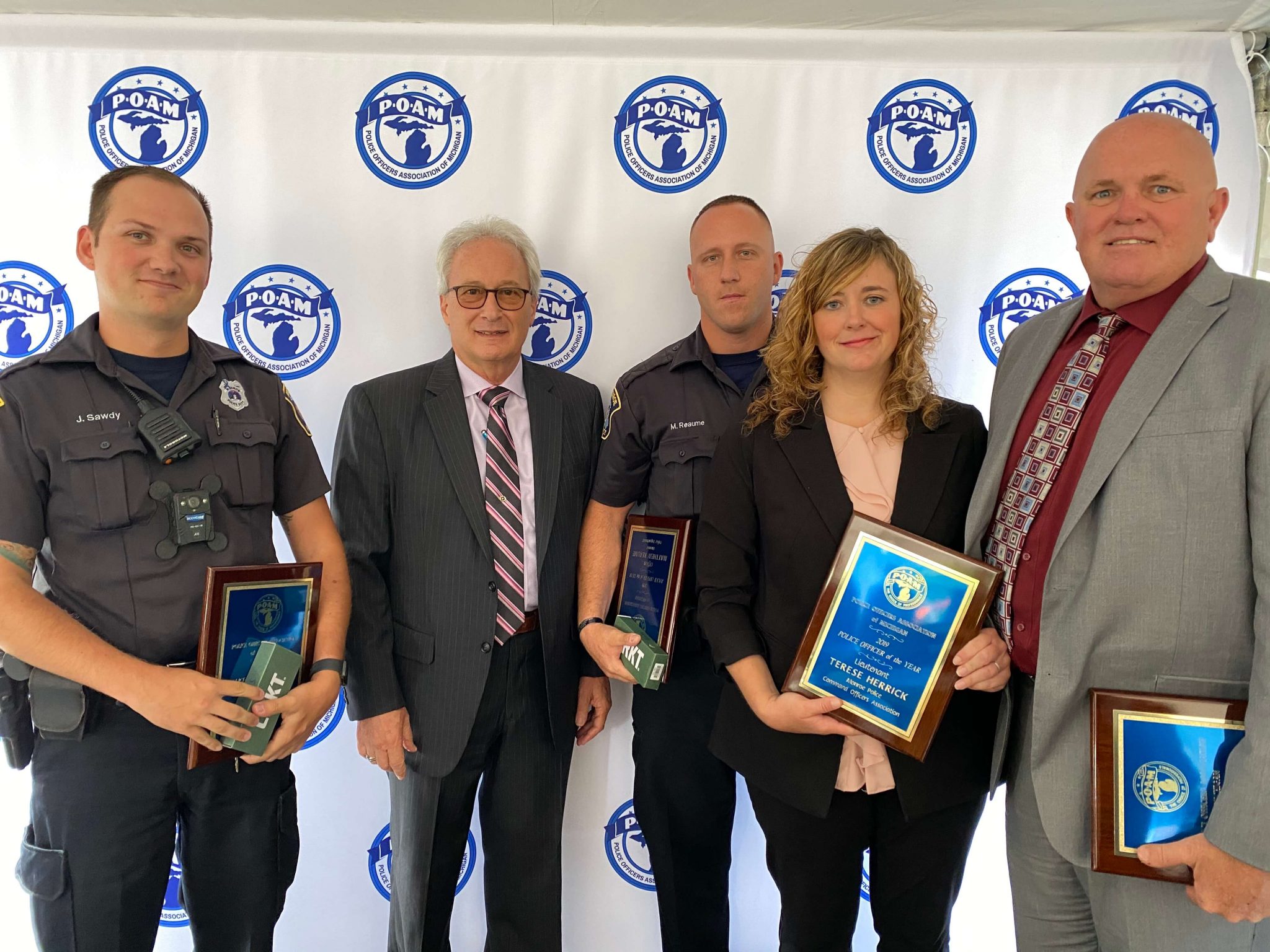 On the morning of November 19, 2019, at 9:05 a.m., the Monroe Police Department received an assault and battery complaint at a local apartment complex. Lt. Terese Herrick, Cpl. Donald Brady, Ofc. Matthew Reaume, and Ofc. Joshua Sawdy were dispatched to the location. The responding officers were told the apartment maintenance worker called in the complaint against a tenant who grabbed the worker and was in possession of a holstered handgun.

Ofc. Reaume and Cpl. Brady were the first to arrive on the scene, with Lt. Herrick and Ofc. Sawdy following soon after. The officers and the suspect were outside and began to talk, and soon after it became clear there was going to be a problem when the suspect stated his name as that of a fictional cartoon character. The officers then asked to see his identification and followed him into his place of residence. The suspect began to argue with the officers for being in his apartment.

He became more belligerent and threw his wallet at the feet of Lt. Herrick. Another argument ensued, at which time the suspect pulled his handgun from his holster. Immediately, Lt. Herrick moved toward the suspect and a struggle ensued as the suspect started to shoot at the officers. Once Lt. Herrick was able to maneuver herself away from the suspect, the other officers were able to return fire. The suspect received multiple gunshot wounds during the exchange, rendering him motionless.

In the aftermath, two officers, Lt. Herrick and Ofc. Sawdy, received gunshot wounds to their legs. They were immediately transported to a local hospital where their wounds were attended to. The suspect was also shot and had uncontrolled bleeding that Ofc. Reaume attempted to restrain. Ofc. Reaume applied a tourniquet to the suspect’s leg and provided additional medical attention until the paramedics arrived. The suspect never fully recovered from his wounds and died two weeks after the incident.

Fortunately, both Lt. Herrick and Ofc. Sawdy were released the same day of the incident and recovered from their wounds.