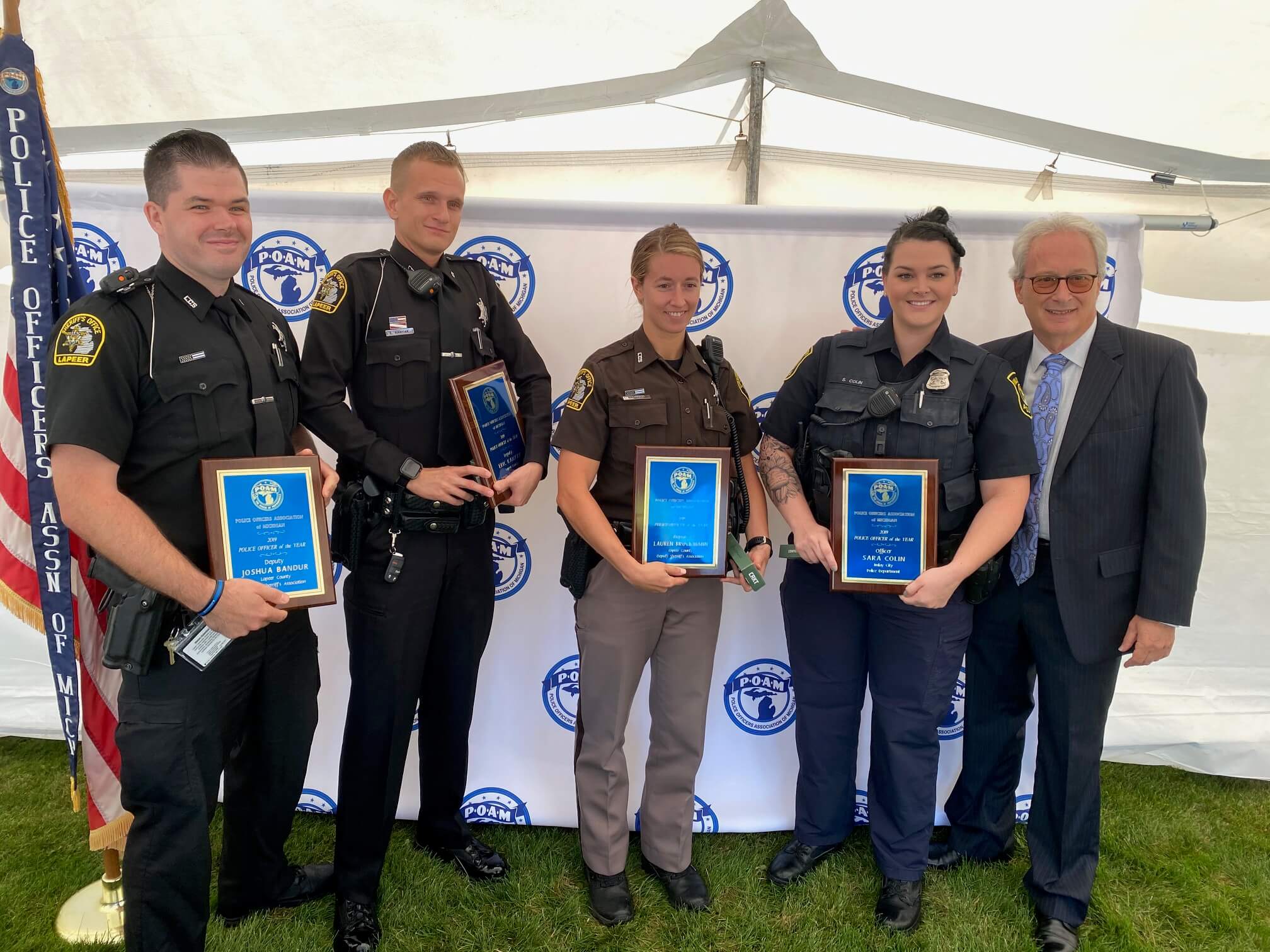 In the early morning hours of February 26, 2019, a mobile home was beginning to blaze in Imlay City. At approximately 3 a.m., deputies from the Lapeer County Sheriff’s Department responded to a call to assist both the Imlay City Police and Fire Departments. The fire had engulfed the front of the mobile home which was still occupied by some residents. The officers found one family member outside the mobile home screaming that the rest of her family was inside the blazing structure. Firefighters were able to get into the home and began to retrieve residents.

It is here where Lapeer County Sheriff’s Sgt. Brady and Deputies Joshua Bandur, Lauren Brockmann, Eric Kanyak, and Imlay City Police Officer Sara Colin went above and beyond the call of duty and sacrificed personal safety as they assisted in the removal of the near lifeless residents, including small children from the flame-engulfed home. As Brady, Bandur, Brockmann, Kanyak, and Colin were trained, they attempted to render medical aid and CPR to some of the victims. Through the chaos and trauma, Brady, Bandur, Brockmann, Kanyak, and Colin maintained a professional demeanor that demonstrated their bravery in dealing with the stress of the enormously harrowing experience.

As the officers carried the small burned bodies of the young victims to the ambulances to be rushed to the hospital, it was decided to send Deputy Kanyak to McLaren Hospital in Lapeer with the ambulances. Kanyak was instrumental in the victims’ care even after arriving in the emergency department.

Sadly, three of the children died at the scene, including a newborn baby. Both parents and a toddler survived with severe burns. Although the outcome was not what anyone would have wanted, the heroic efforts by the Deputies Bandur, Brockmann, Kanyak, and Officer Colin are acknowledged for their dedication to their duty to the pubic by receiving the Police Officers Association of Michigan’s highest honor the 2019 Police Officer of the Year award.