Convention 2021 P.O. of the Year: Officers from the Dearborn Heights Police Department 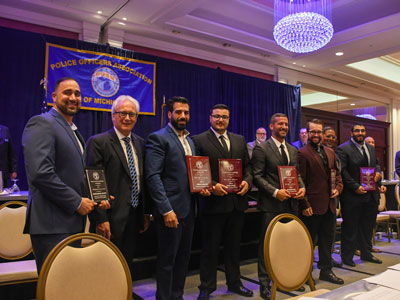 On the summer afternoon of August 29, 2020, the Dearborn Heights Police Department responded to a call to investigate an armed gunman at the Cherry Hill Apartments. The Department was informed by the caller that there was a man on the balcony of a second-story apartment who was in possession of a rifle that he was firing into the air.

First to arrive on the scene was Officer Wesley Ananich. Officer Ananich immediately radioed to the fellow responding officers the location of the suspect’s apartment and told the officers to park their vehicles in the center driveway of the apartment complex where they would be safest. Soon afterward, Officers Mehdi Ayoub, Mohamad Chami, Ahmad Mazloum, and Hamze Younis also arrived and were directed to specific locations by Sergeant Mohamad Bazzy on the scene, who provided exceptional supervision during the incident. Officers Anaiah and Chami staged themselves southwest of the apartment, with Officers Ayoub and Younis staged at the southeast side of the building. Once the officers were in place, Officer Mazloum entered the building through a south entrance.

Officer Mazloum’s radioed the balcony was now empty, however, he could see the suspect peeking through the blinds. Not soon after that, the suspect reappeared from inside the apartment through the sliding glass door onto the balcony brandishing an AR-15 in his right hand. The suspect was immediately issued verbal commands by the officers to put his weapon down. Unfortunately, the suspect did not comply with the command.

While this exchange occurred, Officers Ananich and Chami were able to both break cover and fire rounds at the suspect. The suspect was struck and fell to the ground, dropping his weapon. But the suspect remained there only momentarily, and then made a move to reach for his weapon in an attempt to continue to shoot at the officers. Additional shots were fired in the direction of the suspect by Officers Chami and Mazloum until the threat was eliminated and the suspect was contained. Once the officers were able to enter the apartment, they found the suspect had hundreds of rounds of ammunition and he had already taken the lives of his mother and sister. 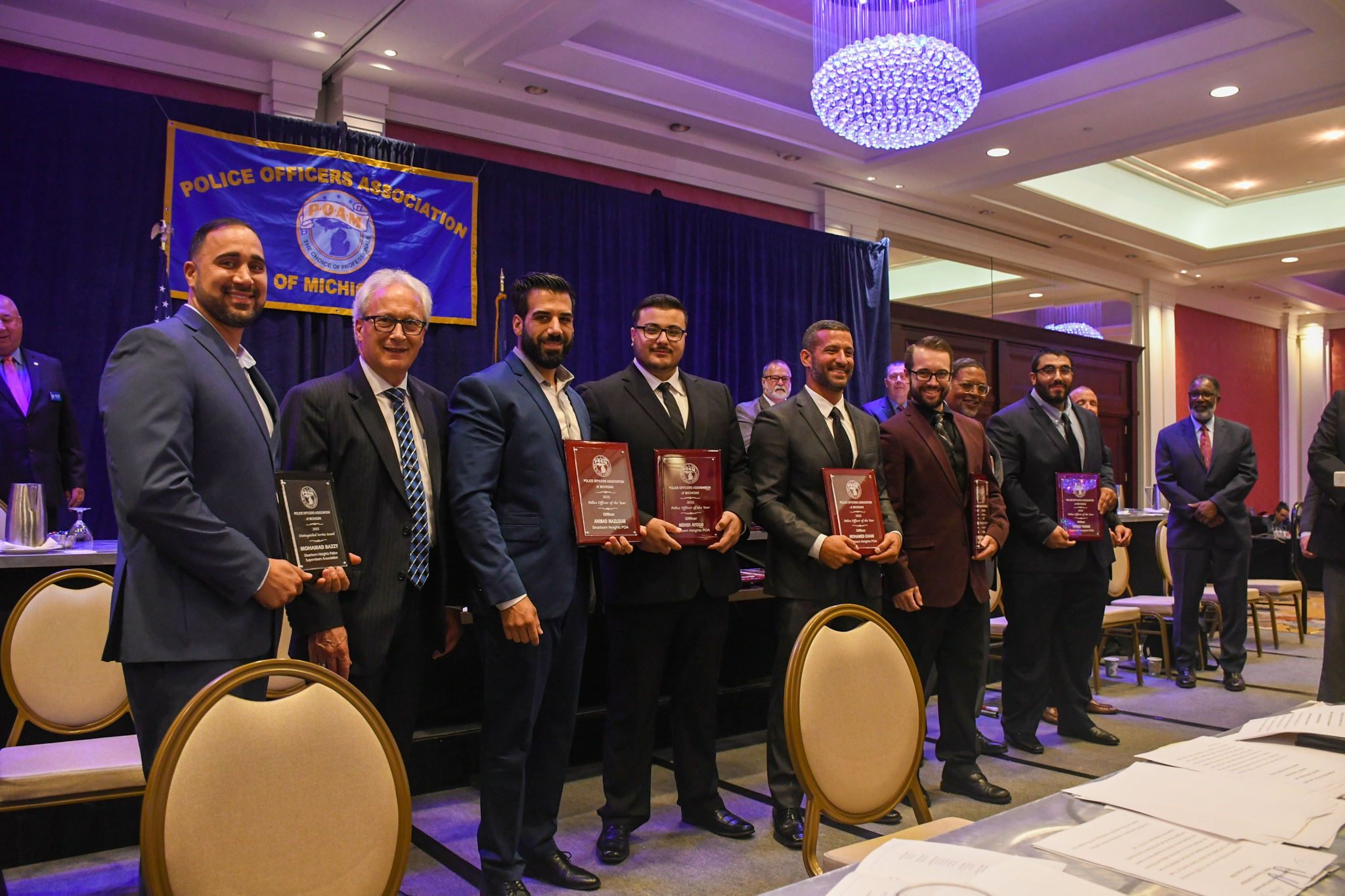 Because of the bravery and heroic acts of Officers Ananich, Ayoub, Chami, Mazloum, and Younis, and Sergeant Mohamad Bazzy, it is clear that lives were saved that day. For your bravery and exceptional police work, the Police Officers Association of Michigan presents you with the 2020 Police Officers of the Year Awards.