We’ve discussed the legality of filming on-duty police officers and whether or not it’s OK to do, but it seems that we finally have an answer. According to the Chicago Tribune, the United States Supreme Court has “declined to hear an appeal of a controversial Illinois law prohibiting people from recording police officers on the job.” By refusing to hear the appeal, SCOTUS gives credence and authority to a federal appeals court ruling that stated the Illinois law was a violation of the free speech rights laid out in the First Amendment. 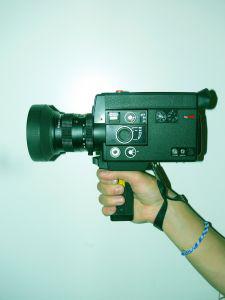 The law in question was “one of the harshest in the country, making audio recording of a law enforcement officer — even while on duty and in public — a felony punishable by up to 15 years in prison.”

Debate concerning the law gained national attention in August 2011 after a Cook County jury acquitted a woman who had been charged with recording Chicago police internal affairs officers. She claimed that she recorded them because they were trying to coerce her into dropping a sexual harassment complaint against a patrol officer. The law worked its way up the court system and landed in a federal appeals panel, which ruled that the law “restricts far more speech than necessary to protect legitimate privacy interests.”

One of the reasons that Cook County fought for the law was that civilians would be less inclined to speak candidly with officers if someone else was filming them. Whether or not that’s actually true remains to be seen.

What do you think about people filming on-duty law enforcement professionals? Is it something that can be done respectfully? Tell us your thoughts in the comments below.