The legality of filming police offers has been a hotly debated topic with the news media lately, especially in the Detroit area.

The reason it’s such an intense point of contention  is because of the incident concerning Detroit Police Officer Joseph Weekley. Weekley was recently charged in the death of  7-year-old Aiyana Stanley Jones. According to the Detroit Police Department, Weekley’s firearm accidentally discharged during a police raid after he was jostled by Mertilla Jones, Aiyana’s grandmother. The cable network A&E was tailing the police squad shooting footage for its “The First 48 Hours” reality television show. This is why the issue of filming police officers while on duty is such a hot-button issue in Metro Detroit. 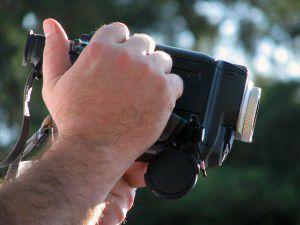 With the prevalence of handheld filming devices, police officers are being caught on camera more often than ever. The Joseph Weekley case is unique because the filming was being done with the permission of the department. POAM is holding a fundraiser for Weekley on Nov. 2 at the Gaelic League in Warren. Tickets are $15 in advance and $20 at the door. All proceeds will be donated to the J. Weekley Fund.

What about the filming of on-duty police offers by a civilian? Is that legal? In short, yes. But it can have damaging effects. For instance, according to a Google document, an unnamed law enforcement agency contacted Google and asked the company to remove all clips off YouTube that were damaging to police officers’ character and misrepresented the police. Google has complied with 63 percent of government requests to remove content but did not honor this specific one. But the real issue is, should filming police while they are on duty be legal?

In these instances, the unnamed department claims that the videos damage the reputation of the department’s officers and are therefore slanderous.

In an interview, San Jose police officer Ed Flosi explained how a police officer should act if someone is filming them on duty. He said, “As long as a person is within their legal rights to video record the officer, my advice to the officer would be to act as the professional law enforcement officer that you are and not to worry about the person making the video. The key training issue is to understand what ‘reasonable’ means in this context. As with any other evaluation of reasonableness, it will depend on the totality of facts and circumstances known to the officer at the time of the event. The facts relied upon by the officer must be objective and measurable.”

POAM will be covering this topic more, but if you have any questions about the legality of filming police officers on duty, please contact your department about the proper procedures.