There’s no doubt that advancements in technology have created a faster way for people to access information. Years ago, stories and news took hours and sometimes even days to filter down. It now takes a matter of minutes, if not seconds. This can work both for and against law enforcement. Unfortunately, when it comes to hot button issues and incidents requiring a degree of delicacy, there will always be some who make very poor judgment calls. 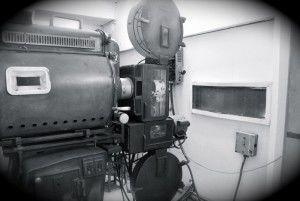 There probably aren’t many people who don’t know the names Trayvon Martin or George Zimmerman now. Their names have been splashed all over the news since the tragic shooting in Florida happened in February. And while it’s difficult enough to let law enforcement continue on with their investigation, it absolutely doesn’t help when the media gets involved and distorts the truth.

Three employees who work for NBC or an NBC-affiliated television station recently found out the hard way not to distort the particulars of a story. The issue came about when audio from the recording of the conversation between Zimmerman and a police dispatcher was edited in such a way that it makes the accused sound like he was singling the young man out because of his race. Had the conversation been played as it was actually recorded, listeners would have heard the dispatcher ask about the suspicious male’s ethnicity (black, white or Hispanic).

WTVJ conducted an investigation, apologized and fired the individuals involved. Unfortunately, that’s where the trail ends. Despite questions, NBC has yet to directly address the issue to viewers on any of the shows that ran the edited story. Media Research Center has questioned whether or not the network has any intention of doing so since it’s been a month since the story ran and still no word.