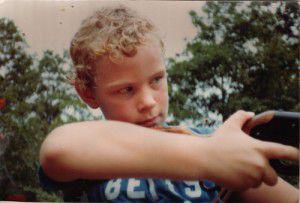 After his mother was attacked by a man renting a room in her house, a 10-year-old Washington state boy defended her by shooting the assailant with a BB gun. The boy shot the man up to four times in the face with a pump-action BB gun rifle after he kicked in the boy’s mother’s bedroom door and began choking her.

The man accused of the attack was taken to a local hospital and then arrested for investigation of assault and making death threats.