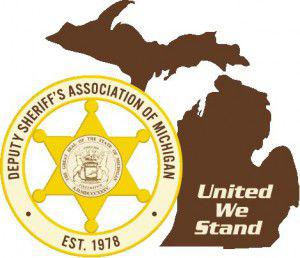 One of the groups we at POAM work with most is the Deputy Sheriff’s Association of Michigan (DSAM). For those unfamiliar, DSAM is an organization dedicating to fighting for the rights of all deputy sheriffs across Michigan through legislative means.

This relationship is the main focus in the latest POAM Podcast Radio Show, which features POAM Director of Member Services Ed Jacques, DSAM President Matt Van Liere and DSAM Legislative Director Brian Earle. POAM and DSAM have worked together on several issues throughout the years while fighting for the rights of police officers and deputy sheriffs simultaneously. But unlike POAM, DSAM is not a union organization. It’s purely focused on dealing with legislative issues. Being the Legislative Director, Earle works primarily in Lansing on legislation that protects the rights of deputy sheriffs across Michigan.

The most recent issue they collaborated on was H.B. 4059. If this bill is passed, it will disallow any union-related work from being done while a law enforcement agent is on duty. This bill would severely limit the capabilities of officers to deal with serious situations that require union involvement in a timely manner.

One of the issues DSAM is currently working on is drafting stand-alone legislation that will allow counties to adopt the Michigan Motor Vehicle Code, which provides a “standard for traffic laws designed to facilitate traffic flow and reduce traffic crashes.” When the MVC was originally drafted in the 1950s, it left counties out of the legislation. This new legislation will allow counties to adopt the MVC, which will better enhance traffic safety within their jurisdiction.

If you are a deputy sheriff and are interested in joining DSAM, you can find all the appropriate information on its Facebook page. If you are joining independently of your sheriff’s department, it costs $25 per year as opposed to the $20 per year if an entire department joins. If you have any questions about how POAM and DSAM work together or issues they’re involved with, don’t hesitate to contact us.