Tignanelli & Wolf Talk About the Latest Impacts on Law Enforcement 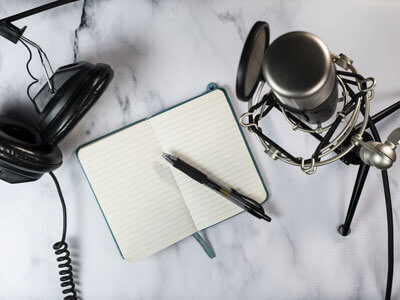 POAM President Jim Tignanelli always states, “Police officers are from the human race.” Officers are regular people whose careers include protecting and serving their communities. In the first episode of this 4-part series, President Tignanelli and Dr. Ken Wolf, POAM Director of the Members Lifeline Program, discuss the impact on law enforcement and the new normal for the force overall. Listen to the entire podcast or read the transcript below.

It came to me the other day, I was on a call in a neighboring community about an officer that had been accused of wrongdoing, and it seemed so out of character to him that it just sort of changed my way of looking at things and caused me to look a little deeper. We’ve been involved in the “pandemic” now for just about two years as we do this, and it was all intended to last two or three weeks, I guess, at the time. But looking back now, I see how much it has changed the general public and the way they’ve had to act. Working from home, homeschooling kids, people getting laid off, loss of income. Different types of things that had occurred that we all seem to recognize because we hear about it on TV, or we read about it in the news and we read about how it affects the general public, but we never, and I guess I’m guilty too, I never really thought about how that change affected the people that we represent, police officers.

I think we forget that they’re not just police officers, they’re also spouses, they’re also parents, brothers, sisters, children. They’ve got a dog out there someplace. And so as I thought about it with this particular guy, dug a little deeper and it reminded did me that back in 2020, really six months into this, Blue Cross Blue Shield had come out with a summary of human behavior that they had noted in diagnoses for anxiety or depression and the types of medicines that were being prescribed, and different things like that. The use of alcohol, sales of alcohol was up hundreds of percent. I can’t remember what the number was, but it was huge, and that was for the general public, that they developed this group of figures.

And I thought nobody ever really thought, and I’m guilty, I never really thought about the police officers are all here beings too. I talk all the time about how we hire from the human race, but I personally had not applied this formula to them. And as I read through this, if people are more depressed and they’re more anxious and perhaps more intoxicated, or they’re suffering from a lack of income, or maybe just being together too much, does that change the people that we meet at the front door or in the kitchen or on the front porch when responding to a domestic dispute or a neighbor dispute? Have you seen any of that? I’m here with Ken Wolf today, have you seen any that, Ken, in your business, the people that you are treating or the people that you’re being called to interview?

You started off talking about the symptoms of the problems and how it manifests, perhaps it would be helpful for us to have a global view of what is the impact of COVID on everybody. We talk about the new normal, they talk about it, the hybrid workforce, how it affects supply chains, businesses, schools. Nobody’s looked at the impact of the new normal on police functioning in the community. I think if we look at the overview impact of how it’s affected police on personal, family, departmental, and interactions with the public roles, we can understand some of the officers who then have these symptoms you’re talking about. By putting into words the overarching, I think, issues help define if we see these people with symptoms, how do we help them in terms of the causes?

Well, one of the things that I wanted to bring up here was between 2019 and 2021, well, actually 2021 was the deadliest year that we have on record for police officers. 358 of those 522 were listed, the cause of death was listed as COVID-related. So I’ll take those out of the formula because that’s something that really wasn’t impacted by the people we deal with or the types of calls we went on, it was something that occurred because of who we had maybe reacted with. But in 2021, we had 87 that were killed, officers that were killed through an ambush, through an assault.

This is not the guy that was involved in a car wreck, not a guy that wrecked the motorcycle, I’m not talking about those types of things. I’m talking about assaultive behavior, where if he was hit by a car, it was because someone attempted to run him down, and if he was shot, it wasn’t an accidental discharge. It wasn’t something like this. It was a person that had laid and weight in many cases, and we’re seeing this more and more frequently, even just in the past few days, where you get called to a call, and when you go there with good intentions, you get shot at. In the old days, they would run from you. They might call you names, they might make up a tale, but now they are not running, now they are assaulting you. And it’s been so much different.

When I relayed out the formulas, it showed that the percent that was killed by assaultive behavior in 2019 was about 40%, and in 2021, it was 53%. So you could see how the numbers went up, whether we just ignored the COVID or not. I think that might have something to do with how people are feeling at home. I guess the way they react to the police is different obviously, but maybe some of that is because of the things that have impacted them through the pandemic. I thought that maybe we needed to hear a little bit about how we approach those situations differently.

I’m afraid that we still go to a domestic assault thinking that somebody came home late or somebody got intoxicated and knocked somebody around, where that’s really not the case here. These are different types of fights, these are different types of arguments. And that was basically, I wanted to ask you about that, how you feel that change just things for us, and as we go through this series, talk a little bit about how it’s impacted the police directly. But I think going in some type of an order would be, what changed first? I guess it’s the people that we deal with, and then ultimately it ended up changing us and having an impact on us as police officers. Does that make sense?

Yeah, and I think that may be what’s different, and the FBI said in 2021 there was a 30% increase in homicides in society. So there seems to be an anger that’s escalating in society, and maybe also when you go on runs to home. So if we say, what is it as opposed to the usual domestic, the alcohol, the anger, somebody wants to leave, that we’re dealing with? Maybe there are impacts of COVID-19 affecting the people, not only on a domestic crime or on a street encounter but the officers in themselves, because COVID-19 was a life quake, if you will, of disruptions. It was a worldwide disruption of the social-economic order. Everybody was concerned about their livelihood. How many officers said, “My wife was employed, now her job was either furloughed, she has to stay home because somebody’s got to take care of the kids when the kids were sequestered in the house”?

It was a change in the social order of things, and then people had to deal every day with an invisible threat, a virus. Were they safe? The fear of illness. If I get sick, could I infect my kids? Could I infect my parents? Could I kill my parents? And we didn’t know where we are, and it created tremendous uncertainty, tremendous anxiety, tremendous frustration, and the future changed. And when people have destruction of their sense of future, it adds to irritability, anger, uncertainty, and then when you have a run and you have all these other personal and economic factors, and then you have an interaction with an officer, maybe some of the anger we’re seeing is a displacement against the officer for these other fears that are going on in their lives.

And how do we take a look at the new normal in police work? And more importantly, once officers become aware of additional ranges of stresses that may be affecting the citizens they interact with, how do they reset and reimagine their roles in the encounters with the public so they’re personally safe, as well as they are more, in a sense, empathic with some of the people they’re interacting with?

Throughout history, probably going back to Wyatt Earp, the first thing you tried to do was to deescalate the situation, “Put down the gun, come on out of there, slow down,” these types of things. And I think that one of the things we’ll have to talk about at some point, and maybe develop some type of training, is how de-escalation has changed. I mean, as I said earlier, I was on the job many years ago and you flipped the lights on, maybe a guy would run from you, maybe he would pull over, but he very rarely decided to jump out of the car and start shooting at you. And through the first six weeks of this year, we’ve already had 49 officers shot on duty. Really in about 45 days, you had 49 people shot. Really, that’s a significant increase over even last year, which was the worst year ever.

Recently we had those two New York City officers that were killed, and really they weren’t threatening anybody. I mean, they had come there with good intentions. And that seems to be the case, and I think it’s something that we need to make our people aware of, that it’s not the same kitchen fight that we used to go to. I think that Blue Cross is, and I’ve asked them to try to update this formula or this summary that they created back in September of 2020 because I think 18 months later, we’re going to find that number has gone up significantly. In fact, they’re selling life insurance, and I was told the other day that the people that they sell policies to, between the ages of 18 and 64, the deaths have gone up over 40% over 2019 for people under the age of 64 years old.

I was told the other day that the people that they sell policies to, between the ages of 18 and 64, the deaths have gone up over 40% over 2019 for people under the age of 64 years old.

I don’t think that’s a coincidence, and it’s happening for a lot of reasons, but maybe the next time when we talk, when we move on to one of the next episodes, we could talk a little bit about how police officers have been impacted on the job by COVID too. They didn’t get to work from home. The types of things that have impacted them over time and such. So let’s talk about that the next time we get together.

Stay Tuned for the Rest of Our Series

This is the first of a 4-part podcast series. Thank you for tuning in to another edition of the POAM Podcast Radio Show. This episode is available for download on major podcast platforms. Get on our newsletter and send us all of your comment and suggestions for future shows.