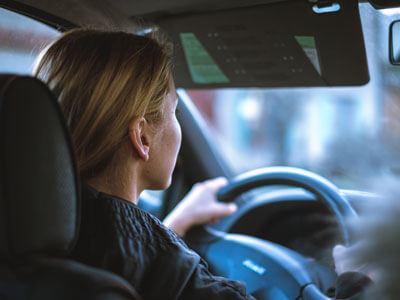 POAM President Jim Tignanelli shares his perspective from a conversation he had with a mother about how police officers approach traffic stops and how to relieve the anxiety surrounding the added fears by adding traffic stop guidelines.

Read his letter for more information.

Had a conversation with a young mom the other day that led to some interesting ideas. Thought I would share them with you and perhaps, in turn, solicit your thoughts on a couple of topics.

It’s no secret our profession has been under the microscope for the past several years. Unfortunately, since “good news” doesn’t make it to the mainstream media anymore, we’ve been the focus of a significant amount of criticism. Someone had said that most, if not all, of these televised events evolved out of incidents where the subject of a police contact chose to “resist or obstruct” what might otherwise have been an unspectacular moment.

This led to her asking me why driver training courses don’t include guidelines for young people to follow when being stopped by the police. While she seemed very supportive of police and their responsibilities (quite supportive actually), she said it has become pretty clear young people, either as a result of mainstream media, the schools they attend, or the friends they hang with have developed a real “fear” of contact with the police. Not the “traditional” fear of getting a ticket, their parents finding out and having a probationary driving status, but a fear of the officer themself. She mentioned the spotlight in the mirror, the dark suit with a belt covered with tools, the close proximity to the side of the car, the peek into the back seat or cargo area among other things that create anxious moments for the person behind the wheel.

I mentioned that motor vehicles are at the center of the second-most fatalities in the profession, and this does not include officers ambushed or shot at the scene of a traffic stop. 15 were struck and killed by vehicles last year while the officer was out of his patrol car. I reminded her that well over half the vehicles on the road today (non-scientific data!) have dark rear glass and quarter windows. Check the next dozen SUVs you pull up behind at the corner. Darn near impossible to see the number of passengers, etc. The officer can’t approach the vehicle as though there is a teenaged female behind the wheel. They likely cannot see the driver. They must “err on the side of caution.” She acknowledged that was a point she never considered.

I asked several officers from the departments I service if they detect more resistance today than in years past to simple requests from persons on “routine” traffic stops. To a person, there was unanimous affirmation. Further mentioned how many times they are recorded by cell phones of the passengers in a car. Often a second vehicle pulls up nearby and takes a video of the stop. All of these amount to distractions for an officer who is already concerned for the safety of himself/herself and others in the area.

What once was a relatively simple traffic stop has become more dangerous than it used to be. More than anything, I want you to be safe. I want you to get home after your shift. We hire human beings that are asked to do super-human acts. Continue to position the patrol vehicle in a defensive manner. Illuminate the subject vehicle and area, approach cautiously, and check the interior for suspicious activities/persons.

After you are able to determine that the vehicle/operators/occupants are safe, perhaps it would be helpful to relieve some of their concerns and fears with a friendly greeting. Maybe by us recognizing what they think and/or see and them becoming aware of what we think and/or see will go a long way towards reducing what has become an anxious moment.

In short, that simple question reminded me of how easy it is to oversimplify a potentially dangerous “routine” traffic stop. Remember what you were taught (and have continued to learn). Be careful out there.

My goal is to take what her question brought to my attention to the state legislature. Perhaps the driver training curriculum needs some additional instruction. Rather than you becoming more casual at the stop, we need to teach young people why you approach the way you do. We hire human beings. You deserve respect, and you deserve to go home at the end of your shift.