The streets of Saginaw will continue to be policed, but instead of Saginaw Police Officers on patrol, it could soon be Saginaw County Sheriff’s deputies. 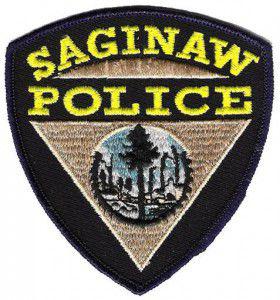 In a statement, Wortley wrote that he feels any attempt by the City of Saginaw Administration or the Saginaw County Sheriff’s to outsource or take over the Saginaw police is unwarranted. He also stated that he believes the citizens of Saginaw should have a voice in which government entity polices the streets.

Wortley also notes that Saginaw voters have twice voted in support of the Saginaw Police Department by approving millages. “The ‘no boundaries’ concept proposed by the Saginaw County Sheriff was defeated by the voters by a 3-1 margin, Wortley wrote.

“It is also the union’s position that this is the city administration’s attempt at union busting to circumvent the contract that they signed with the POAM,” he wrote. “While the Sheriff might be able to show short-term savings, his proposal lacks long-term sustainability because it reduces the amount of police personnel on the road each year of the proposed contract.”

POAM and the Saginaw Police Officers Association are not alone in their distaste for a County-takeover of police duties. Almost 100 protesters, police officers included, made it clear that they want a vote to decide the fate of the Saginaw Police Department.

Two Saginaw neighborhood watch association members–Jim Conrad, 60, and Mike Boshaw, 67–both said they don’t see how outsourcing city policing to the county will save city money. Only time will tell what comes of this, but as it stands now, POAM is working hard with the Saginaw Police Officers Association to come to a better solution. If you’re a Saginaw Police Officer, please contact your local union representative or contact POAM today if you have questions about how this could affect you.