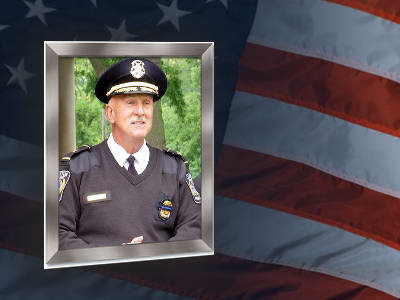 On Monday, March 22, 2021, Clinton Township Chief Fred Posavetz passed due to complications from COVID-19. Our president, Jim Tignanelli, shares the good times he shared with Chief Posavetz. Read more below.

I lost a good friend today. I’m sure there are many who have been forced to say that in the past year. I am sorry for your loss, I truly am. Let me tell you about mine for a minute.

I first met Fred Posavetz on April 28, 1980, at the Macomb Police Academy. I was the “old guy” in the class and several years the senior to Fred but we became immediate pals. In those days, Clinton Twp PD and Fraser DPS operated on the same radio and we shared some borders. If it couldn’t get any better, Fred sat near me in the academy. Probably more an element of the alphabet than luck, but I’ll call it luck. From the day we met until we last hugged (yes, me and a chief hugging!), he was the same guy I first liked. He was genuine. He was generous. He cared about his people and friends. He just wanted the truth.

Our last hug was just days before he was hospitalized. Because we were in the midst of weekly meetings regarding the negotiation of the next contract, I got regular updates. While nothing really positive was coming out, I just believed Fred would pull through. He was a thin, healthy man who always took care of himself. When they transferred him to a different hospital, it would be easy to see that as a bad sign but I was still so hopeful. When we last met, he pulled the graduation photo of our academy class (mounted and framed in his office) and we laughed as though we had just gotten out. Apparently, since I never made sergeant and he made Chief, he must have taken a different path. We both took the right one.

Fred cared for his officers. He ministered over a great department. He never wanted to hurt a guy and there were times he could have. We were always able to find a way. I could go on but I’m being selfish. I just wanted you to know how special a friend he was both on and off the job. He was the same person no matter what “suit” he was wearing. I’ll miss our hugs, but I won’t forget them.