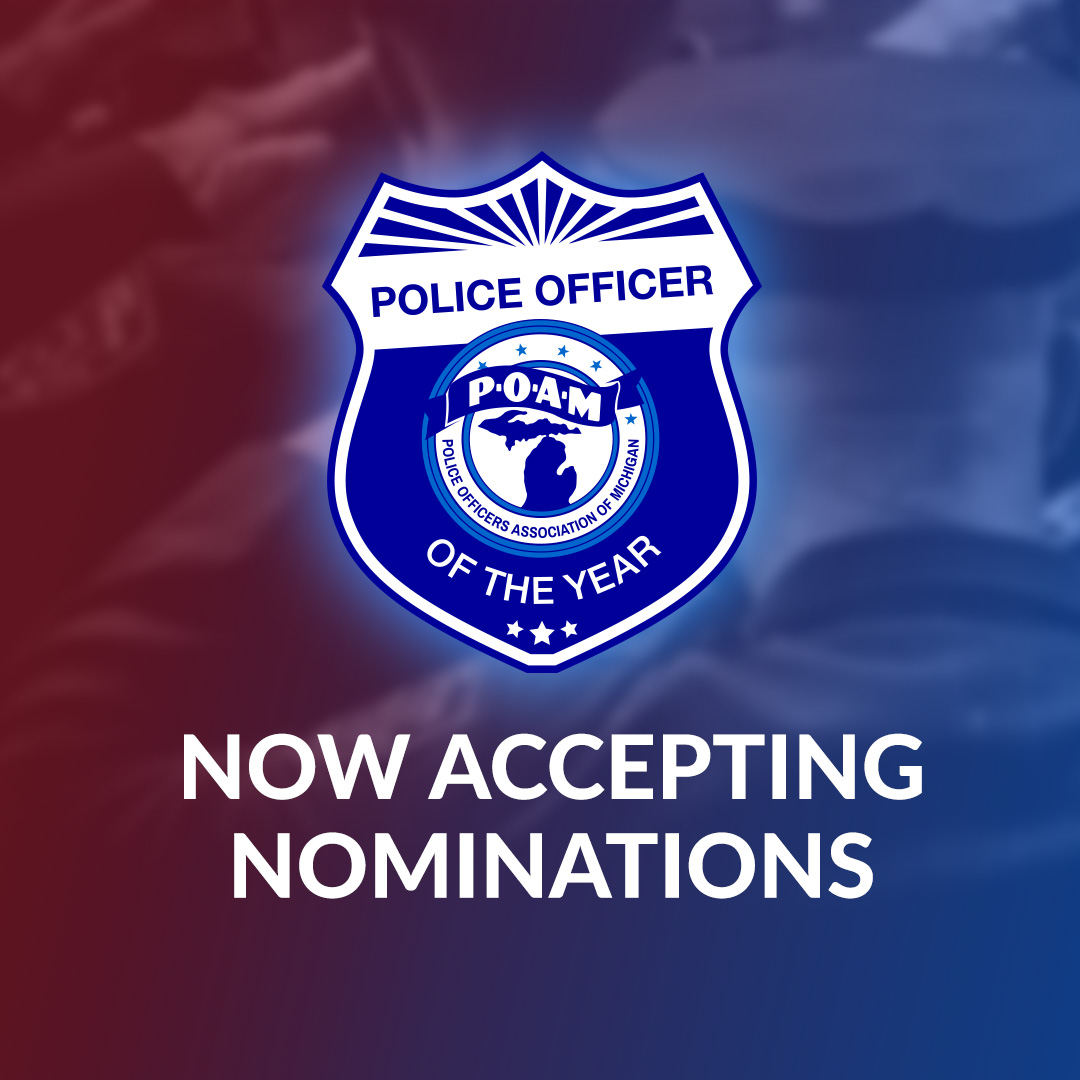 Police Officer of the Year Nominations

It’s that time of year again – POAM is now accepting nominations for this year’s POAM Officer of the Year Award!

Each year, POAM honors police officers that have dutifully and courageously handled less-than-ideal circumstances as part of their duty. The true nature of a human comes to light in these types of situations and POAM believes that bravery required to act honorably when the going gets tough should be acknowledged and rewarded.

There are various ways to nominate a police officer. You can fill out the form below, call POAM at (313) 937-9000, or contact your local business agent. Nominations should include a document including the nominee’s name, a brief reason for nomination, and any supporting documents like police reports, eyewitness testimonies, or news stories.

POAM board members will review all submissions and honor the selected officers at the POAM Annual Convention in May.

When are the Nominations Due?

Nominations are due by Thursday, March 7.

Officer of the Year