Dear Representative Runestad: The Police Officers Association of Michigan ( POAM} appreciates the time and effort you have put into the above bill, and the fact that you have included us in the process. Unfortunately, we must oppose the legislation. The one item that is of most concern to the actual street officer being forced to wear these devices is not included in the bill. POAM firmly believes that the body camera should not be used as a harassment tool against our officers for discipline. Everyone’s rights are protected, except the street officer. While we do have the ability to negotiate these protections into labor agreements, and are doing so, there are hundreds of contracts and years in front of us. If we are passing a state law to make the use of cameras, etc., uniform, POAM believes it should also be statewide protection for the officer.

Thank you for your work.

Chair Runestad requested attendance be called to establish a quorum of the appointed committee members:

Representative Theis moved to approve the minutes of the March 28th, 2017 meeting. The motion prevailed by unanimous consent.

Katie Hennessey, representing the State Bar of Michigan, submitted a card in support of the joint resolution, but did not wish to speak.

Representative Theis moved to report HJR G with recommendation. The motion prevailed by a vote of 7-2-1.

The Chair laid HB 4427 before the committee:

Kimberly Buddin, representing the American Civil Liberties Union of Michigan, testified in support of the bill.

The following people submitted a card in support of the bill, but did not wish to speak:

Matt Sowash, representing the Police Officers Association of Michigan, submitted a card in opposition to the bill, but did not wish to speak. 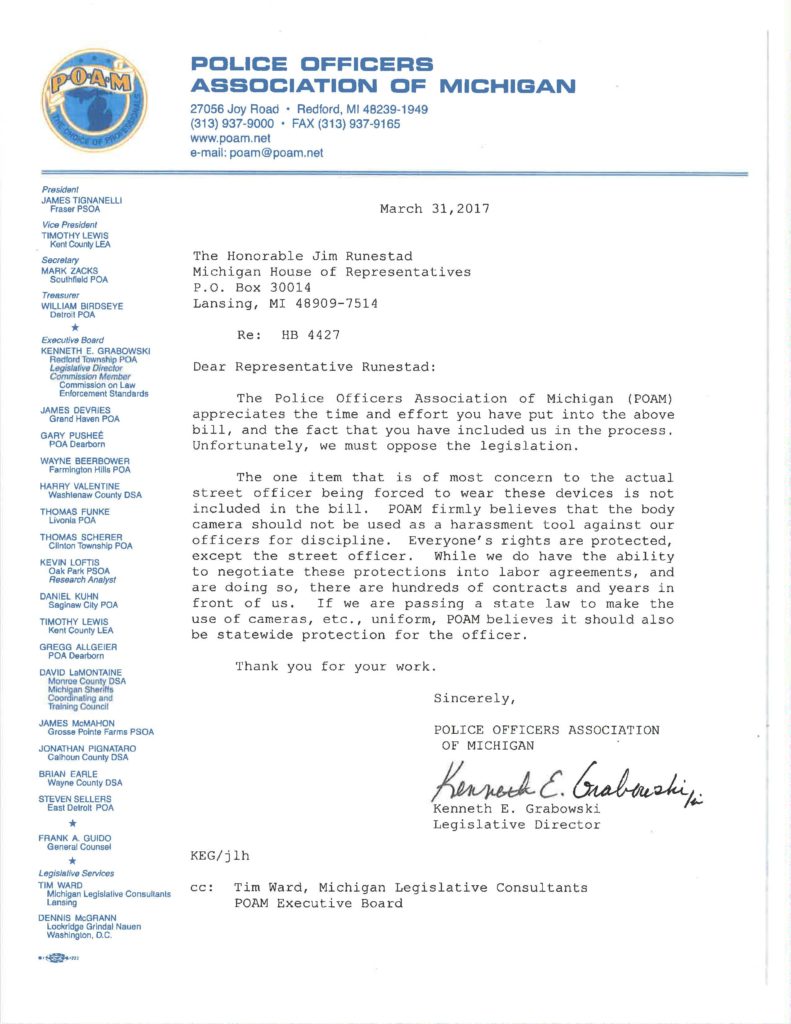 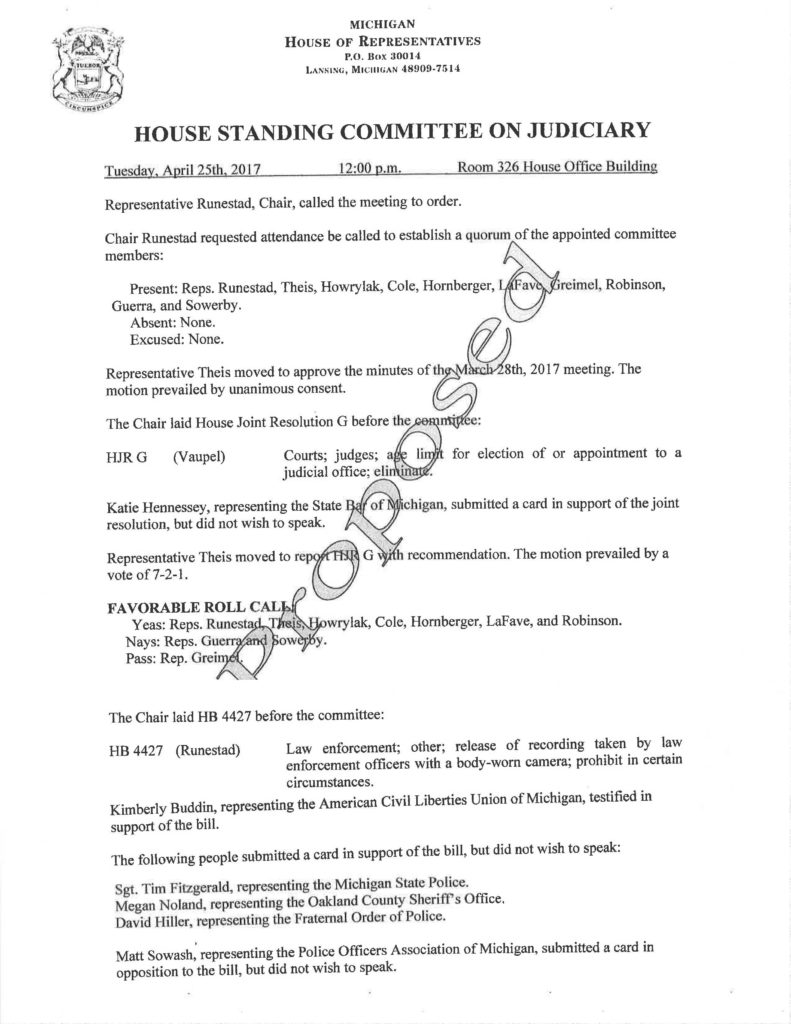