POAM News We The People: POAM’s Statement on Recent Events 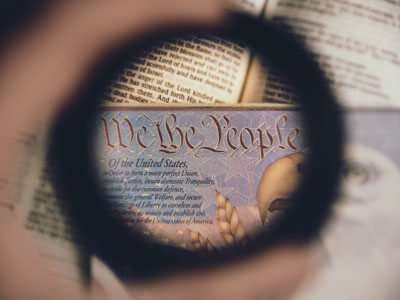 Since May 25, 2020, there have been multiple protests amid the death of George Floyd, a Minnesota man, who was in police custody when he died. To bring light to this situation, Law Enforcement Union President Jim Tignanelli shares a statement on the union’s thoughts during this difficult time. Read the full letter below.

While hoping to bring attention to a very noble cause — the prevention of racism and tension between law enforcement officers and the public it serves — we find this issue being intercepted by large groups of people who have resorted to looting, damage to property, arson, and attacks on those we look to for protection. Lost among the smoke, fire, and broken glass is the fact that a white law enforcement officer (since charged with second-degree murder) appears to have intentionally taken the life of a Black man by suffocating him to death in the middle of a public road during daylight. This terrible act led to a righteous cause for protest becoming totally overshadowed by rioting when peaceful protests of a seemingly indefensible act would have garnered nearly unanimous support.

The Mission of Law Enforcement

Indulge me for a minute as I direct all of you to the Preamble of the Constitution of the United States. The single document all law enforcement officers and elected officials swear to at their hiring. It states:

We the people of the United States, in order to form a more perfect union, establish justice, insure domestic tranquility, provide for the common defense, promote the general welfare, and secure the blessings of liberty to ourselves and our posterity, do ordain and establish this Constitution for the United States of America.

The single most important responsibility of government is to defend our constitution and the citizens of this country, which includes establishing justice, insuring domestic tranquility, providing for the common defense, and etc. Clearly, that did not occur in Minnesota on May 25th.

Does that mean all law enforcement officers are racist? Of course not.

Does looting the local Target store or burning down low-income housing provide the attention that Mr. Floyd’s death deserves? Of course not.

Officers from California to New York and all parts in between have condemned the actions of the four officers involved in the death of Mr. Floyd. Signs of solidarity between those peacefully protesting and law enforcement officers have been published from Kentucky to Flint, Michigan. We often hear of the “bad apple(s).” But let’s remember we hire police officers from the human race. They aren’t robots or man-made creations. Most officers are among those condemning the actions of what happened to Mr. Floyd and fist-bumping with protestors in support. The 1st Amendment we hold so dearly provides (among other things) protection of free speech and peaceful protests. It doesn’t protect arsonists and thieves.

POAM is proud of its members and will always protect the protectors.

Jim Tignanelli, President of the POAM, a Law Enforcement Union