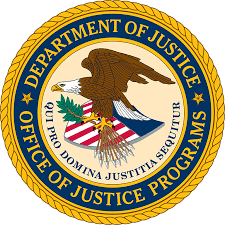 The Office of Community Oriented Policing Services (COPS Office) will now give priority consideration to FY 2017 grantees who provide DHS access to their detention facility, if they operate one. They will additionally provide advance notice as early as practicable (at least 48 hours, where possible) to DHS of an illegal alien’s release date and time.

This announcement comes in efforts to address illegal immigration and ensure that federal immigration authorities have full ability to enforce immigration laws to keep our communities safe.

“Cities and states that cooperate with federal law enforcement make all of us safer by helping remove dangerous criminals from our communities,” Attorney General Jeff Sessions said. “This cooperation is supported by the vast majority of the American people, and jurisdictions with these policies in place should be acknowledged for their commitment to ending violent crime, including violent crime stemming from illegal immigration. Today, the Justice Department announced it will recognize jurisdictions that commit to the rule of law by awarding additional points in the application scoring process for COPS Office grants. My hope is that this recognition will further incentivize every jurisdiction in America to collaborate with federal law enforcement and help us make this country safer.”

To read the official Department of Justice announcement, click HERE.