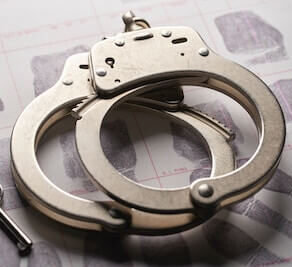 Citizens Behind the Badge

The original press release first published on Citizens’ Behind the Badge’s website.

Citizens Behind the Badge. a nonprofit 501(c)(4) tax-exempt organization based in McLean, Virginia, strives to put an end to the misguided and disastrous movement to “defund the police” and to ensure that our law enforcement professionals receive the support and resources needed to keep America safe. Read the press release below about how this organization’s plan to eliminate “defund the police” conversations.

MARCH 5, 2021 — McLEAN, VA — A new national nonprofit organization has been formed to put a stop to what their founders call “the misguided and disastrous movement to defund the police” and to help ensure that law enforcement professionals “receive the support and resources needed to keep America safe.”

“The ‘defund’ movement is based on a false and reckless narrative that must be countered by the truth,” Mr. Floyd stated. “While anecdotal evidence may get the most media attention,” he said, “the truth is that police seldom use force in their interactions with the public (less than two percent of the time); the vast majority of officers will never fire their weapon in the line of duty; and when it comes to race and ethnicity, there is no statistical difference between the number of police-initiated contacts with Whites (12% of all those 16 and older), Blacks (11%) and Hispanics (10%).

“We believe the anti-cop ‘defund’ movement has already created a public safety crisis and that much more harm will occur if left unchecked,” Mr. Floyd declared. “The number of shootings and murders in our country have skyrocketed over the past year, while police budgets have been slashed. Veteran police leaders and rank-and-file officers are leaving the profession in droves. And all of this is exacerbated by a dramatic and long-term decline in law enforcement recruitment, with a 2019 study showing new applications for police jobs down 63 percent.”

Mr. Floyd cited New York City and Los Angeles as prime examples of what he called “the troubling consequences” of the defund movement. New York City cut their police spending by $1 billion last year, he noted, while their homicide rate rose by 45 percent, and some 2,500 officers retired—double the number in 2019. The number of sworn officers in New York City is now at its lowest level in nearly a decade. Last year, Los Angeles had 38 percent more murders when compared to 2019, yet their City Council voted to decrease police spending by $150 million and eliminate 350 sworn officer positions, Mr. Floyd observed.

Joining Mr. Floyd as co-founders of Citizens Behind the Badge are: Bill Erfurth, a retired and highly distinguished 26-year veteran of the Miami-Dade (FL) Police Department; and Dennis Collins, the father of a law enforcement officer and a longtime advocate and volunteer leader in the policing profession.

According to Mr. Floyd, their group is mounting a national grassroots campaign aimed at convincing legislators at the federal, state, and local levels to resist the calls to defund and dismantle police. “We are conducting surveys, launching petition drives, and compiling and disseminating compelling data to show our elected officials that most Americans oppose the ‘defund’ movement and want to see law enforcement agencies get the personnel, training, equipment, and technology that is needed to ensure public safety.

“Over the past year there have been some 10,000 anti-police demonstrations in cities across America,” Mr. Floyd said. “The entire law enforcement profession has been subjected to broad-brush vilification that is both unjust and insulting to the nearly 900,000 officers who risk their lives daily for our safety and protection, and to our nation’s more than 22,000 fallen law enforcement heroes and their families. We intend to counter these protests with a massive factual-based public education campaign in support of the men and women in law enforcement.”

The organization has created a website, www.CitizensBehindTheBadge.org, that provides comprehensive information on what they term: “Troubling Consequences of ‘Defund the Police’ Movement;” “Law Enforcement Always Working to Get Better,” which summarizes the reforms and improvements being made by agencies nationwide; and “Key Crime and Policing Stats.” The website also features stories, facts, and figures about law enforcement’s service and sacrifice, including two documentaries produced by founders of the organization entitled, “Heroes Behind the Badge.”

If you have any questions or comments, please visit their website. For press-related inquires, contact Craig W. Floyd by phone, (703) 901-6867, or by email, floydcw@gmail.com.

3 responses to “Press Release: Citizens Behind the Badge Organization Launch”

[…] is by doing your research,” Chavira said.There is such an organization. According to its website, https://www.poam.net/poam-news/citizens-behind-badge/ ”Citizens Behind the Badge, a nonprofit 501(c)(4) tax-exempt organization based in McLean, […]

I just received a mailing from your organization, I noticed that someone didn’t do their research before mailing out the mailing. Stotts city missouri does not have a police department. So you don’t look silly in the future, check first to make sure who has an actual police department.

Thank you ! It just makes NO SENSE to defund police ! No words for it.