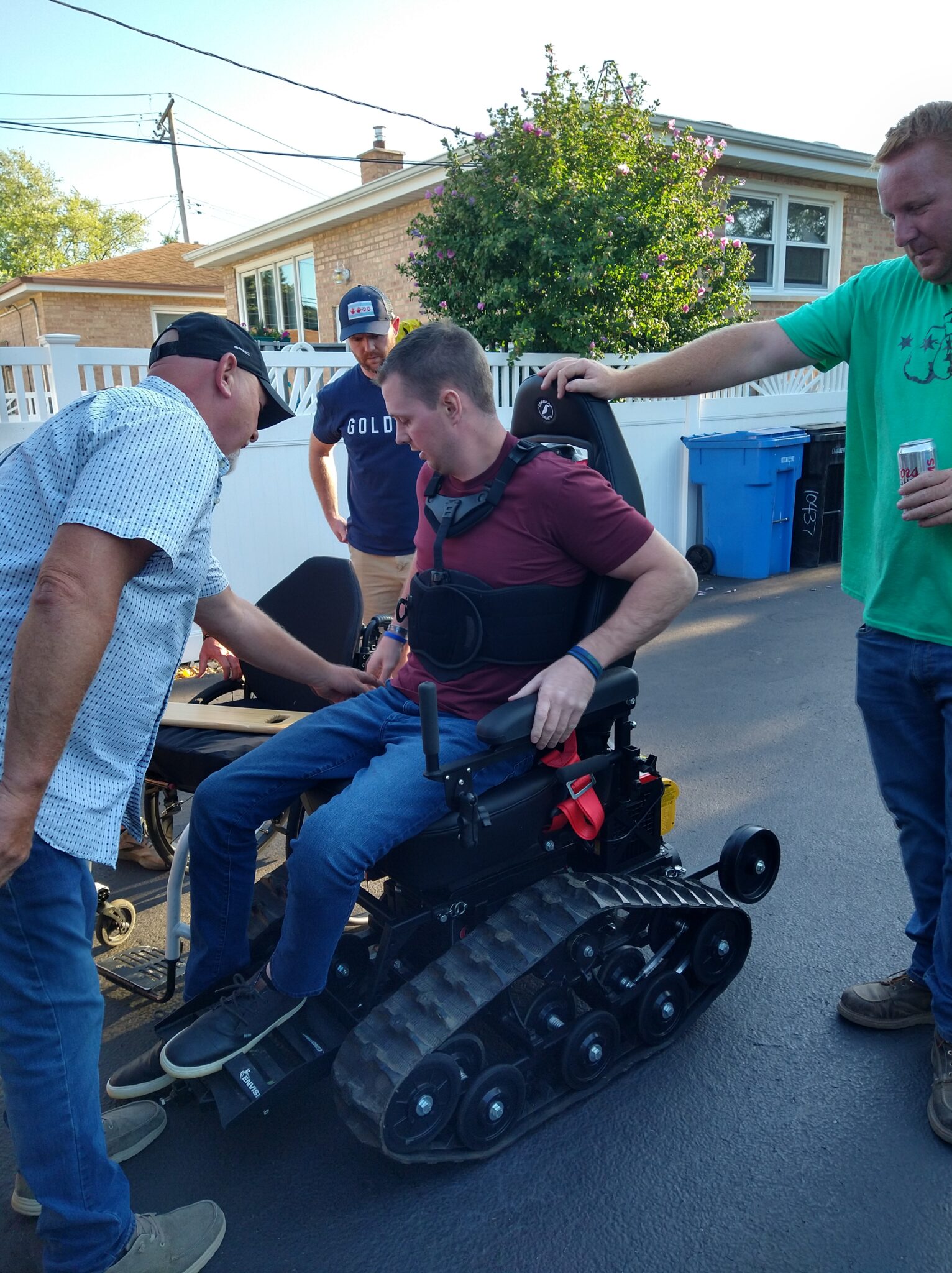 Fall Update about the November elections, Defender Mobility, and 2023 P.o. of the year Nominations

As I pen this, I sense that we may skip autumn and go right to winter. Like all of you that were born, raised, and work here, we will come to work each day regardless of what the weather delivers. A wise old guy once told me that there are two things that never lose the fight. No, it’s not the “death and taxes” line. Instead, he told me that “you cannot beat Father Time and Mother Nature.” Think about that one. POAM is always ready and at the helm. Thank you for trusting us.

Legislative Director, Ken Grabowski, and our chief Lansing lobbyist, Matt Sowash, are in the process of reviewing endorsements that already have been distributed and some that are still in the works for our state, county, and local elections. We do not take such things lightly. POAM has always proven to be bipartisan in its endorsements. In fact, POAM has always scored among the highest in having its recommended candidates elected. Our goal is to help elect those that treat our members fairly. It’s easy for candidates to become “law and order/pro-police” people as election day approaches. Funny how no one wants to lay claim to the “defund the police” movement. I guess it depends on the day and to whom they are speaking to.

There are a couple of bills out there with clever titles. Don’t presume anything. Read the fine print. How they portray it and what it says can be much different. Most rely on the training of mental health professionals, not law enforcement officers. Some others rely on funding of data collection on the use of force, etc, rather than the training of officers. Don’t be an “average voter.” Become informed. Your friends and family rely on your opinion. I’m always reluctant to believe that the Federal government knows more about local policing than the local governments do. Elect good local people.

On August 30th, Ed Humpert, our Michigan distributor of the TracFab chairs, and I delivered a 30” wide TracFab off-road wheelchair to Chicago, IL. I had become aware of a young, off-duty Chicago police officer who had been shot in a random event while standing on a sidewalk with his brother. The bullet severed his spine, paralyzing him instantly from the waist down. Just 32 years old, Officer Daniel (Danny) Golden’s life changed immediately. We had purchased (with your donations) a 30” chair for Vietnam veteran, Jon Smith, last year. Sadly, Jon died shortly thereafter. His chair was returned to Defender Mobility. The 30” chair fits on the ramp and into an accessible door of a custom van. As I became more familiar with Danny, it was obvious that this young man (and his entire family) are avid outdoor sports enthusiasts. The father and his five sons have all served in the Army before taking jobs as Chicago first responders. Five police officers and one firefighter (who had actually been a P.O. for five years too!).

Ed and I met with Danny’s family and friends, and I have never felt more welcomed. Just a wonderful group of people. I’m hopeful some of the photos we took will accompany this message. Within a few weeks, anonymous friends chipped in to buy Danny an accessible van. I was able to meet his brother, Mike, in Madison Heights, MI, as he took control of it for a ride back to Chicago. A fantastic experience made possible, in large part, by POAM members. Thank you! 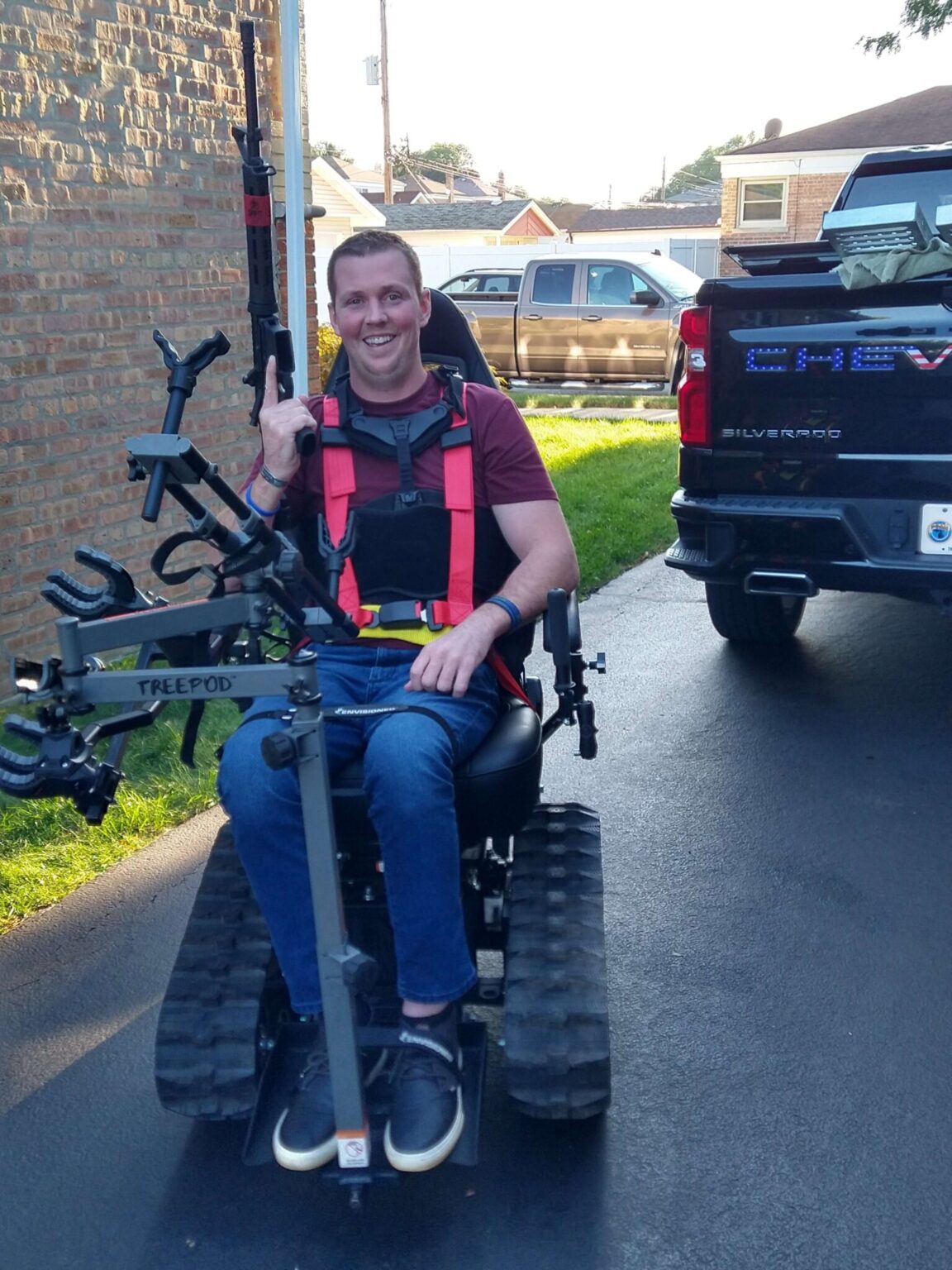 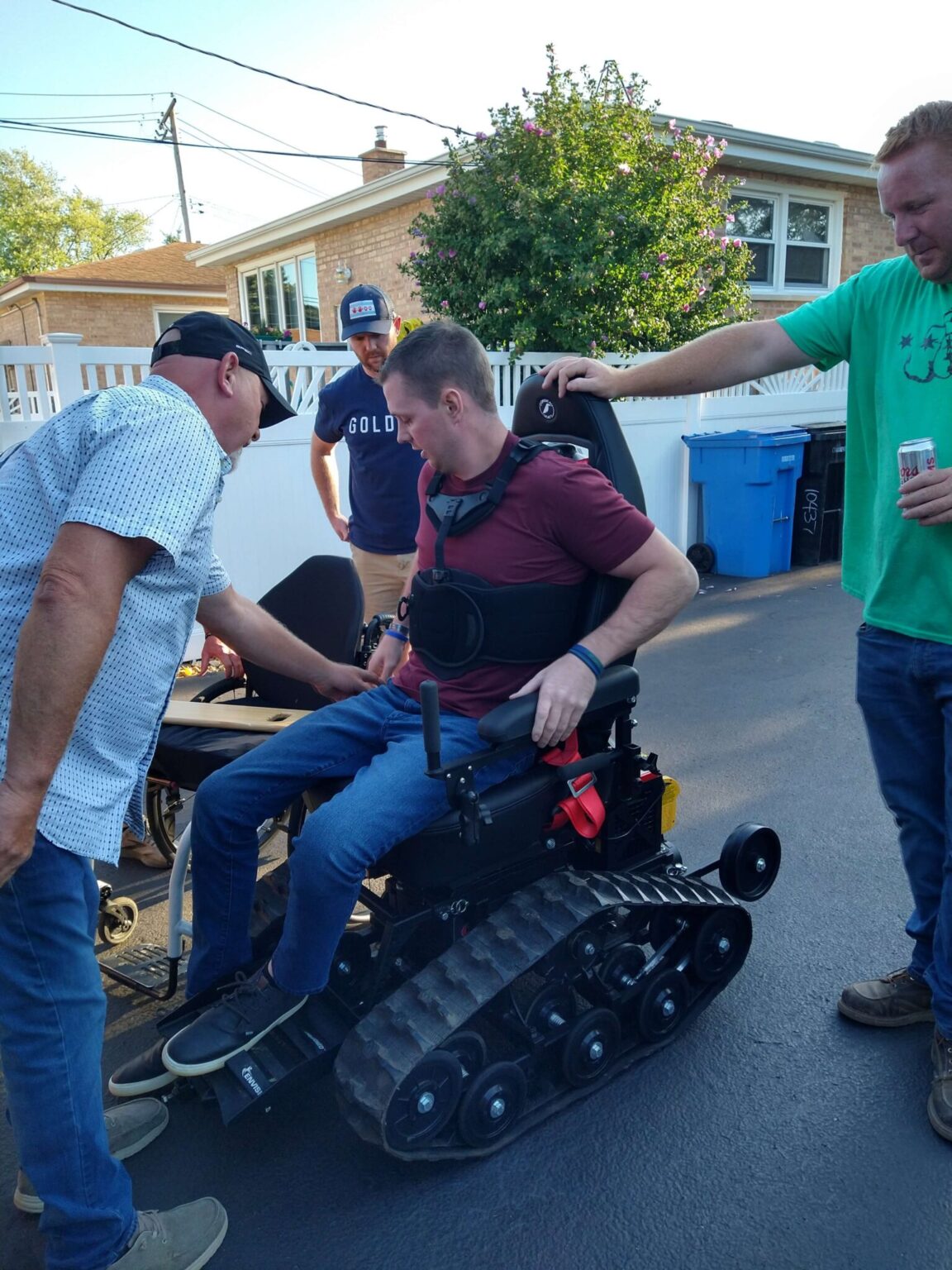 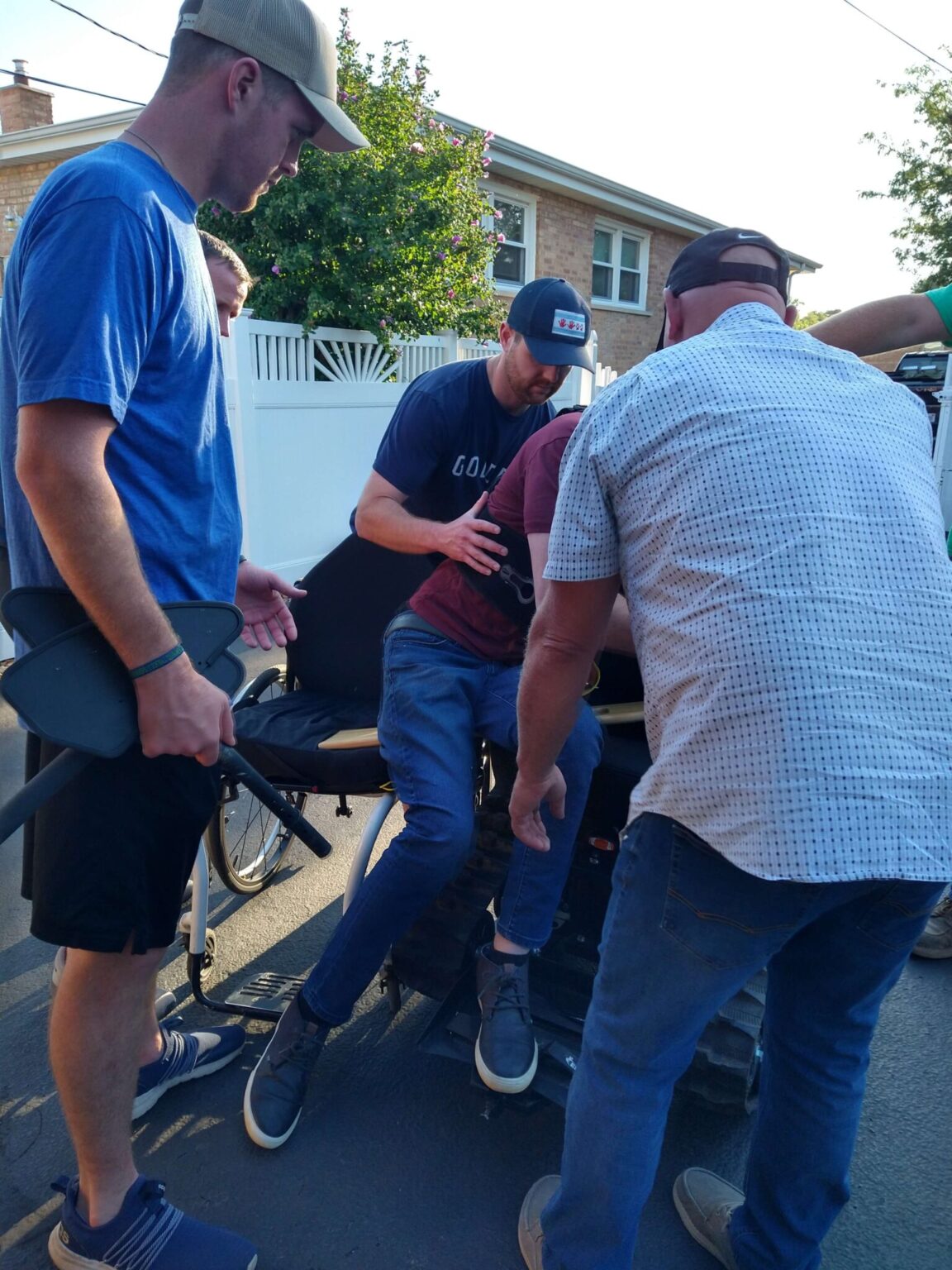 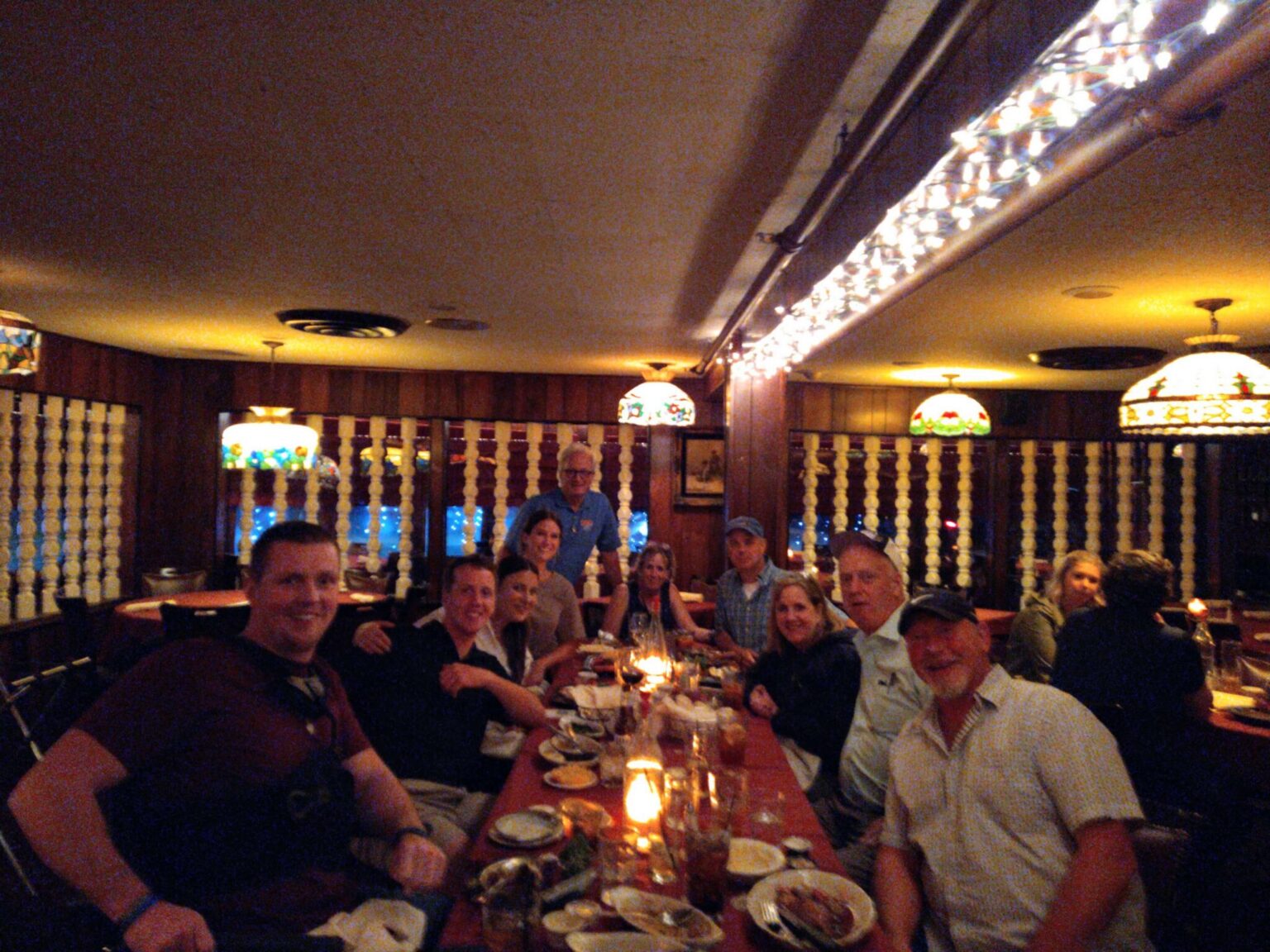 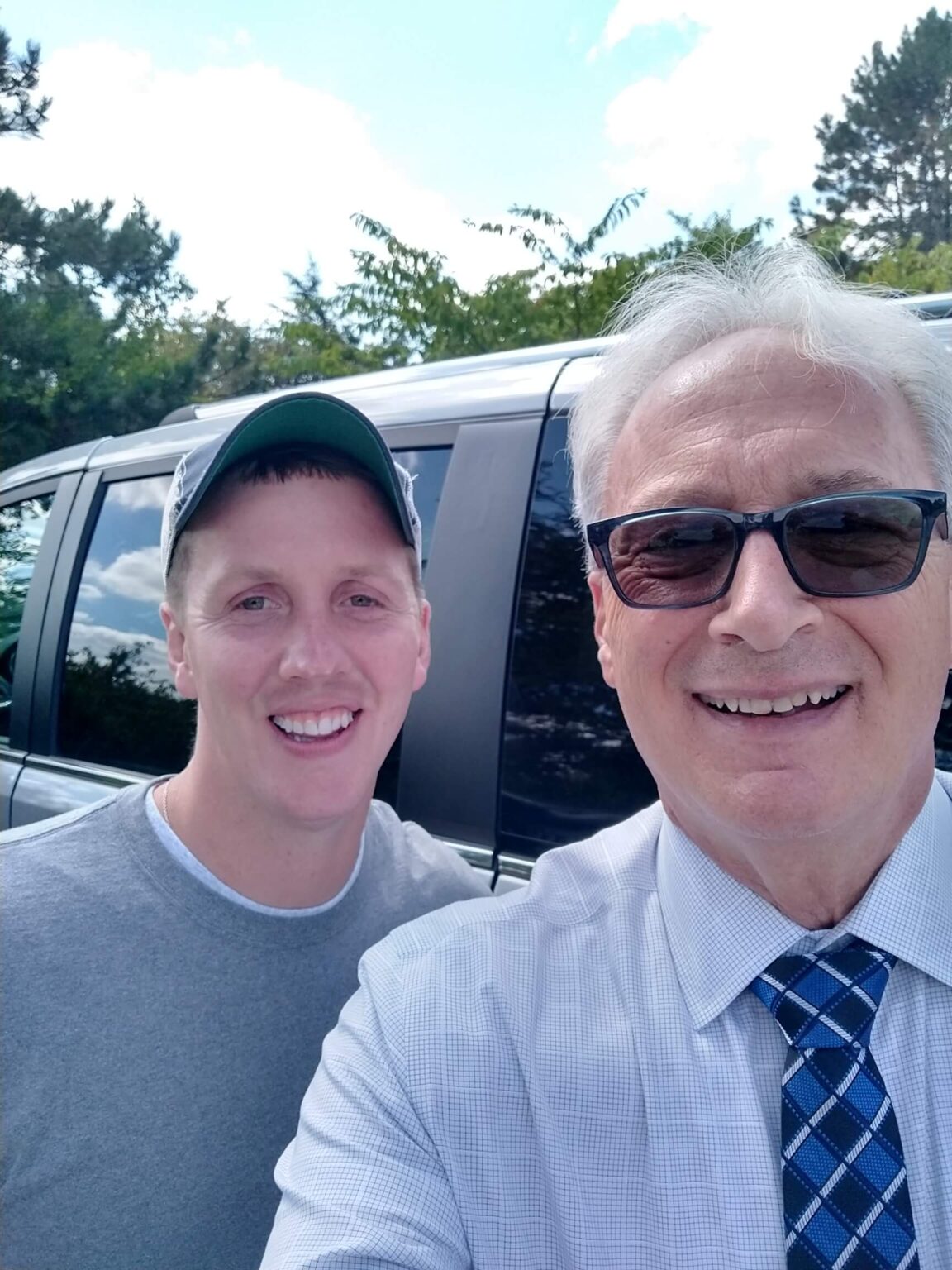 Unless Dr. Fauci has different ideas, our 2023 Convention will take place in May again. We will get our Police Officers of the Year back on schedule. Those of you who have already become aware of heroic events for 2022 can start sending them our way. We will try to limit those considered from incidents which took place this year or slightly into the next. Advise your business agent of any candidates.

Best to each of you!