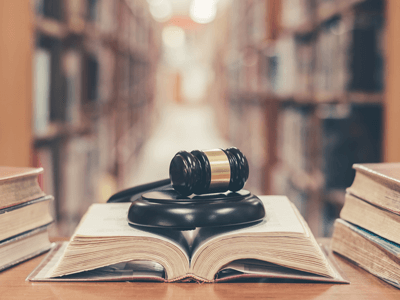 POAM President Tignanelli encourages members to learn and sign up for the Extended Legal Representation Plan. Read more below.

With the abundance of news sources today, no one is unaware of the attacks that are being made on law enforcement officers. Traffic stops, domestic responses, intentional ambushes….

As I write this, 20 officers have been killed in the line of duty in the past six weeks. The struggle to recruit and retain officers continues to become more complicated. This is not a job people take on a whim. In fact, in a perfect environment, we would hope that everyone who gets hired to their preferred department would actually retire from that department. There was a time, of course…..

Evolution of Choosing Law Enforcement as a Career

As I have told Michigan legislators from here to D.C., you cannot recruit officers who are in their 20s. It is a “cultural” occupation. You really need to be thinking of this as your chosen occupation before you exit high school. I know there are exceptions, but those old days of wanting to “follow Dad’s footsteps,” to be “like Uncle Joe,” or your grandfather, have vanished. Those role models will now tell you that you’re out of your mind. Most employers really don’t care if you retire from their department anymore. Take your defined contribution pension and health savings account and find the highest bidder. In their minds, it simply makes the “long-term unfunded liability” out of their formula. That “intellectual property” of gaining experience and seniority in one town simply doesn’t matter to them.

Meanwhile, you are expected to bridge the gap from age 55 to age 65 by paying for your health care from an HSA. A large percentage of our members have no social security benefit either or they are saddled with the “offset” for their “substantial earning years.” Consider then, the fact that the DOW has fallen nearly 15% since January 1 (thru 10/22). Those years of bargaining contracts for average wages so that you could have some assurance of a safe and sound “early retirement” have vanished. The promise of retirement health care vanished under the pen of the state and federal Supreme Courts. How thoughtful of them.

How Our Coverage Protects You

That brings us to 2022. Consider that MCOLES has now begun (by an act of the legislature) to suspend your active status if you are separated from your current employment. Worth noting is that, when the MCOLES board was asked about this, POAM was the only union (all are represented on the board) to VOTE NO. It used to be that a certified officer with five years of experience could keep his/her status for two years. No more.

In one case, POAM was successful in getting a member’s job back from a termination through the grievance procedure and arbitration. The Employer refused to reactivate the officer’s status. POAM went to the circuit court, and the judge ordered the officer back to work; you guessed it, MCOLES refused to reactivate the officer’s status until they completed an independent investigation. Apparently, they don’t have enough employees to perform such a task. That member is still not pushing a squad car.

Next, you must be aware of the fact that there are attorneys general across the country that have concluded that police officers need to be investigated for any potential criminal activities that occur while making contact with those they may be placed under arrest or, in some cases, while saving the life of their own or others. This exists in Michigan too. There are officers being charged with crimes for, sometimes, months or even years-old incidents.

POAM has offered our Extended Legal Representation Plan for over thirty years. The price for that “extended” plan has never increased from its initial $5 per month. Of course, we have always provided our staff of attorneys for serious internal and/or disciplinary matters, but this “extended” coverage protects you from not only on-duty actions but off-duty as well. When I say “off duty,” I don’t mean “scope of duty” like the other groups offer (for more money), but truly “off duty” incidents. It’s not a list of contacts for you to call or some reduced cost for a few hours with an attorney. POAM’s attorneys will represent you through the trial!

In this industry, it is simply incomparable coverage. With the seemingly perpetual scrutiny that this attorney general has over your shoulder, I highly recommend you learn about POAM’s Extended Legal Representation Plan. Some of these cases last over a year! Can you imagine the cost of an outside attorney (one who golfs with the prosecutor…) handling such a case? Trust me, $60 per year could be invaluable when that incident occurs.

Go to www.POAM.net or ask your business agent for a list of FAQs and other important detail.

POAM is not just “another union.” We are the “mother ship” of all labor organizations representing public employees. Trust us. We protect the protectors!