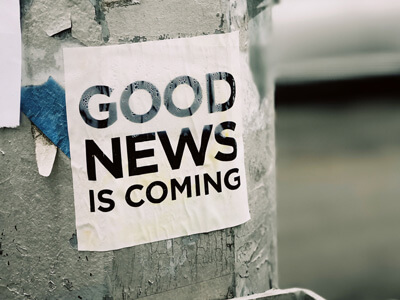 2020: A Year In Review from POAM President

As 2020 comes to a close, we want to highlight the positives, and some negatives, we’ve all experienced. Additionally, we’ll share how it has affected the POAM in this 2020 Year In Review post. Our president, Jim Tignanelli, has penned a letter as only he can to voice his thoughts and upcoming news to POAM members.

Read his letter below.

It’s not unusual for me to put together a “year’s end” summary of things in general as they apply to what we do and what our members are being asked to do. As I began collecting notes for this 2020 Year In Review post, I quickly realized that a summary of 2020 could read like “War and Peace.” Not the contents, of course, but the length (1,225 pages)! This has been an incomparable and, perhaps will be, unforgettable year.

As we entered 2020, unemployment was at an all-time low for all categories. Homeownership was at an all-time high, and the stock market was breaking records nearly every week. Because of those things, contracts were starting to produce wage increases, people were beginning to see their pensions grow, and the bargaining of contracts was focused less on pension and healthcare costs. Four and five-year durations were becoming typical – there were more jobs than there were people to fill them.

As we entered March, information began to surface of a “Coronavirus.” The information was so sketchy that it caused the stock for the Corona Beer to crash. It didn’t take long for it to reach more media even though the expert, Dr. Fauci, was saying near the end of March that we would be able to handle the first wave and likely be prepared for a second wave. All but essential workers were sent home, at first it was for two weeks, and then it continued until jobs and business investments vaporized.

Almost immediately, life changed for nearly everyone. Kids were sent home from schools and parents were forced to become teachers of the “new math,” among other things. Over 30% of small businesses were affected, some permanently. Roads became vacant and people were being asked to report if their neighbors had too many guests for dinner. More and more people became dependent on the government for their income. Instead of being part of historic revenues, they became part of immense debt. Sales of automobiles and nearly every other thing (sans toilet paper!) went flat. It is estimated Americans will drive approximately 300 Billion fewer miles this year! Think about how that trickles down.

Enter ZOOM, curbside deliveries, and tents lined with hazmat suited persons swabbing noses. Closed government buildings brought ZOOM into our vocabulary. While I had only briefly heard of ZOOM, we now have three rooms set up specifically for ZOOM meetings in our office.

All meals became “carry out.” If you couldn’t eat in styrofoam, you couldn’t eat (unless you could buy it in a liquor store). Healthy people were forced to stay in their homes. Working at home, kids at home, too much time with the spouse, you name it. BCBS reported that diagnoses for depression and anxiety in the general public since COVID-19 had tripled in cases and alcoholic beverage sales increased by 55%. All these things, combined with the obvious, led to an increase in dangerous calls for our members and dangerous (often ill) people in the jails.

For one reason or another (I’ll let you express your own theory), Antifa showed up in a half dozen towns. Some formed “autonomous” zones where the police were not welcome. People who were generally “anti-gun” were walking openly with semi-automatic rifles and taking over entire police precincts. Statues of Christopher Columbus and our founding fathers were pulled down by hooded persons, stores were looted, food was taken off the tables of innocent patrons, and patrol cars were set afire. All while police officers were ordered to retreat quietly.

We watched as officers had human feces thrown at them, were spat upon, and injured by umbrellas with sharpened tips or frozen water bottles that magically appeared on street corners. Line of duty deaths had gone from 148 in 2019 to over 280 in 2020. Meanwhile, our elected officials blame it on the police. Not enough training, bad hires, qualified immunity, etc. As has been said many times, we hire from the human race. That seems to go unnoticed in most reports. Yes, all those things BCBS discovered also apply to the essential workers. Spouses unemployed, kids out of school, modified work schedules, and, of course, the nasty COVID-19 virus. POAM’s members’ lifeline for such matters was lighting up. I’m proud of the program Dr. Wolf has managed for POAM. It is unparalleled among labor organizations – totally private and totally professional. He and his team have worked wonders.

Looking forward to 2021, I can speak proudly of the health of the Police Officers Association of Michigan. In fact, our membership grew in 2020. The right-to-work laws that impacted dues collection had little impact on POAM. Our feeling was “let’s earn it.” Consequently, large national organizations lost interest in Michigan public employees and those people wanted real representation. POAM services have always been the very best. Truth is, many of our newer members can’t believe they have a servicing rep who calls them back and is prepared for bargaining or other needed representation. We have an incomparable group of individuals who work here and all work together for the common goal of providing the very best in services for our members.

A new program I am very excited to mention is a program Dr. Wolf, POAM, and Wayne State University are forming (as this is written!). Years of appealing to our elected officials led to a grant that will be utilized in a very special way.

Follow POAM.net in the next few weeks as I will be bringing those details to you. I am very proud of this effort and confident it will continue to build the confidence our members have in POAM. We’ve survived 2020. Let’s excel in 2021!

All my best to each of you.