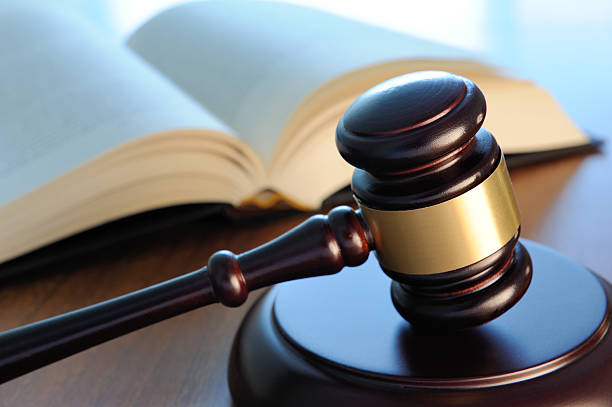 POAM strongly opposed these bills. A “for profit” police department is a terrible idea. These bills would promote corruption, and encourage the use of untrained police officers. The employees hired for a private police force would be sub standard employees, probably former officers fired from legitimate police departments. The main job of government is to protect the people, these bills would damage those protections. Someone will get rich off of this legislation, and we’re pretty sure it won’t be the police officer.

Read about the Senate Bill in detail below.

Senate Majority Leader Arlan Meekhof introduced Senate Bill 594 on Wednesday, September 27. This legislation is authorization to create a private police force. These “private” law enforcement personnel can be hired by governments. There is no prohibition against eliminating an existing public police force and they would be awarded full arrest powers on duty. This legislation is a solution in search of a problem.

Please contact the following members of the Senate Government Operations Committee and urge a no-vote.

Remember the debacle of the “Blackwater boys” now put these guys policing your neighborhoods with the mantra “Cash crimes must collect” instead of “Serve and protect”. Mall cops; deputized for stints of 120 days to do the bidding of whomever pays the more handsome bribe to the head CEO/Chief of this privatized force to serve the will of the public. This seems like a great idea, we can’t be the first to have thought of this ingenious plan. Let’s do some research and see if this is implemented and succesfull in other parts of the world. I’m a carpenter and all these contracting outfits now want you to get a DBA and insurance and you get 1099’d at the end of the year. It makes things weird real quick like telling you when to be at the job site; well your a subcontractor as long as the work is completed by the project deadline you could work three hours a day in three blocks of time if you so chose. Then an issue arises and the contract can now put the full blame on you a “sub” not one of his employees. Benefits, gone, loyalty, gone and these subs are alot like mercenaries, like I said not much loyalty just a paycheck and as soon as somebody offers an increase in pay; well ….the loyalty follows the greenback friends.

The Michigan State Police was in full force when we were marching against the “Right to Not Work” bill! Most of these guys vote Republican in every election. We told them at the march they would be next, yet some still acted like we were the enemy. Now they want our support? All I have say to this is, you get what you vote for and you voted against your own interest. Good Luck Guys! The Daughter of a retired Detroit Police Officer!

We need to vote NO on Senate Bill 594, private police force. This will only cause more problems for us voting and non-voting members of the State of Michigan. It will not save the tax payer any money no matter what Michigan government says or show. Take a look at any of the privatizations the state has already put into place. Cost of operation is out of control. Example of privatizations within the State Prison System, i e some prisons in Michigan, Food services of prisons, those two things alone have caused more cost, introduction of more contraband within the prisons, not to mention personal affairs between those staff members and the inmates. Legal cost for violations of the private (non-government Michigan workers) compared to the Michigan Civil Service Workers. Another example are the privatization of some of our public schools in Michigan. There are not good proper background checks on these people, not to mention the lack of accountability of the private company or their employees, So a NO vote on this bill is needed. I am a retired State of Michigan Prison Employee, I am not in favor of being soft on prisoners, but I do believe in people being treated fairly and humanly. If you or I think that some police misuse or abuse their authority now when they are held accountable how do you think they are going to act when Johnny Drunker becomes a police officer with a private police agency after s/he been fired – dismissed with cause from the government agency ??? VOTE NO ON SENATE BILL 594.

How about backing our Folks in Blue, now! Give them the funds & equipment & whatever training they need instead! The government will do anything to pad the wallets of their castoffs… Stop making excuses for diluting our fine officers who are trying to do their jobs with one hand tied behind their backs!

Posted by Floyd and Janet McClintock

Privatizing police will open the door to unqualified, undertrained mercenaries. Our system of law enforcement works and should stay the same. Vote no on bill 594.

Have we not seen enough carnage from the so-called Business Leaders operating government for-profit? The current federal Administration and the Michigan state government Administration now operates on cronyism and the basic business principle of profit first service with no accountability to public purpose.

Many things can be contracted with the private sector but community policing is the essential extension of the people’s government and the reason in the most part we have government accountable to the people. Some aspects of Public Safety can become successfully delivered in a hybrid public-private fashion others cannot.

Private Business respectfully deserves its place in our society but public service cannot be measured in a single equation regarding profit.

It is not necessary nor should it be appropriate on your local street to have the equivalent of military contractors working to meet the bottom line first, serving the public a distant second.

Lets remember the Police Unions did not stand with others when them the State attacked them, but now want us to stand with them?

Can you imagine the look of the hiring pool that these people will be chosen from?? We have lost our collective minds!!!

Please vote no on this senate bill no.594 it is not good.