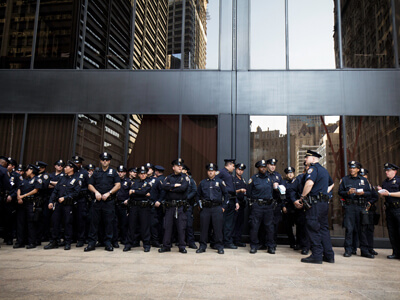 On July 7, 2021, POAM penned a letter to the members of the Michigan Delegation, including each Michigan US Senator and Congressperson. This letter discusses police reform legislation. See the full letter below.

The Police Officers Association of Michigan (POAM), the largest public safety/law enforcement organization representing 12,500 front-line police officers, public safety personnel, and first responders across the state of Michigan, has long advocated for common sense police and criminal justice reform. POAM took the initiative and began participating in good faith discussions on criminal justice reform for more than a decade. We have spent countless hours working with Members of Congress from both parties, in the House and in the Senate, to propose legislation that would improve policing in the United States while preserving the protections so critically important to officers and the communities they protect. We urge you to stay committed to preserving the progress we have made over the years to ensure all Michlanders live in safe communities supported by the men and women of the Michigan law enforcement community. We ask you to oppose efforts to jeopardize that progress and place us all at risk.

The POAM has been on the front lines sharing concerns and recommendations on the multiple issues surrounding the police reform debate. POAM is doing everything possible to advance common-sense measures and to safeguard the individual rights of officers and other first responders. In addition to qualified immunity, we are also working to protect long-standing, constitutional protections for officers, ensure officer due process is protected, officer privacy and confidentiality rights are guarded, and the rights of law enforcement to bargain over accountability and disciplinary actions are not eroded. The POAM remains committed to meaningful criminal justice reform and will keep working with our partners in the law enforcement community and Washington to advance those principles. We are equally committed to preserving and reinforcing the protections vital to officers on the street and the communities they protect. We share in the frustration of all Americans with the naysayers and bomb-throwers who often stymie constructive discussions and reject dialog. Our fundamental public safety issues are community safety and officer rights.

Unfortunately, given the politics of the moment, we seem to be poised to undo more than a year’s worth of work toward common sense criminal justice reform. Demagoguery and scare tactics have jeopardized the future of these efforts and may well have derailed the negotiations.

We oppose those who stand in the way of collaborative progress and stand ready to aid you and your colleagues in your efforts and to support our citizens and communities. Please contact me if you have any questions or need additional information.