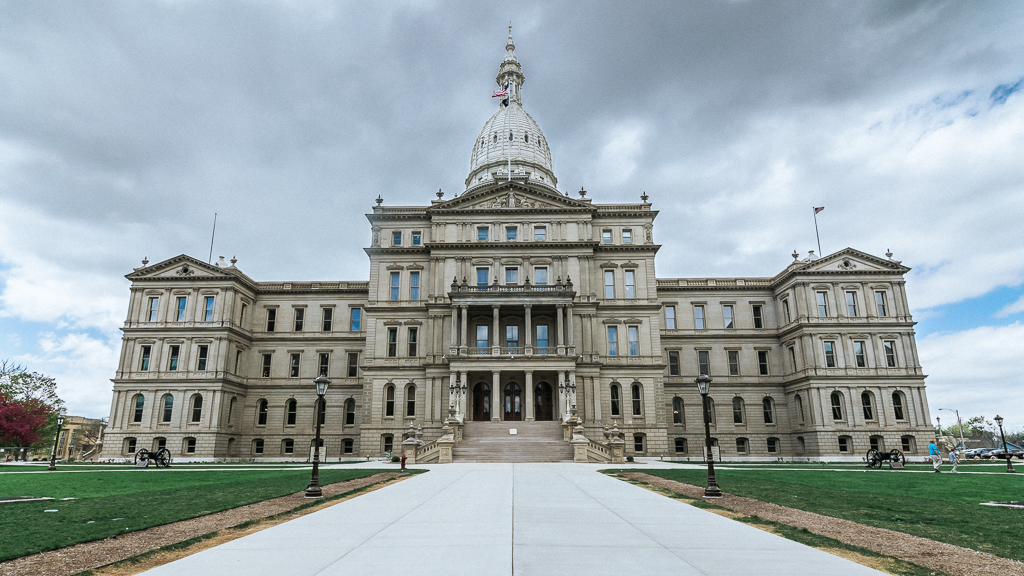 Below are two articles that ran in Gongwer and MIRS regarding the passage of the OPEB bills.

“Just say haste makes waste” was Rep. Thomas Albert‘s (R-Lowell) cryptic explanation for why he again voted against the municipal employee retirement and health care bills that he had once helped champion.

The House and Senate today cast the final votes needed to send the 13 bills to the Governor that were significantly “watered-down” from what he and Rep. James Lower (R-Cedar Lake) had initially crafted.

“The bills got passed through. Good for the bills,” said Albert about the legislation that requires local government to uniformly report their unfunded liability to the Department of Treasury. If state officials see a funding problem, they would require the local government to come up with a plan to properly pre-fund their plans.

Lower was a little more forthcoming with feelings.

“We were just disappointed with the direction that it went in,” he said. “It didn’t represent the last six months of work that we had done. It was a completely different bill that got substituted in and, overall, I don’t agree with the policy that it puts in place.”

Lower supported the trailer bills despite his disapproval of the final substitute to the main bill. He’d earlier joined Albert in voting against the main bill,  HB 5298.

“I felt that the original version would have protected retirees and made sure that pensions and OPEB would be there in the future and the unfunded liability would disappear over the next 20 to 30 years. I have no confidence that will be true with the bill that we passed,” Lower said.

But the debate raised awareness of the issue.

“I think so. That’s obviously a positive, a silver lining. Sure, we definitely raised the awareness; got the energy level up in terms of people being aware of a problem. I’d say it was good from that standpoint,” he said.

Albert received none of the presumed PAs in the package, despite having introduced two of the original House bills and co-sponsoring the rest of the package. Lower received one.

Municipal Retirement Bills On Their Way To Governor

A revised set of municipal retirement system bills are headed to Governor Rick Snyder‘s desk after lawmakers gave final approval to a mix of House and Senate bills on Tuesday.

Seven Senate bills and six House bills comprise the final package and were taken from identical 13-bill packages each chamber passed during an overnight session last week. The legislation sets additional reporting requirements from local governments on their funding of retirement benefit systems.

The goal of the legislation is to move toward eliminating unfunded liabilities, which total about $7.46 billion in unfunded pension liabilities and $10.13 billion in retiree health care liabilities.

What passed last week was a watered-down plan that mirrored a state task force report released this summer on unfunded municipal pensions.

The legislation was scaled back after Republicans in both chambers were unable to find the necessary votes to pass the original plan being pushed by Mr. Snyder, with local officials and union members in sharp opposition. The first proposal would have allowed for state intervention and broad powers to reshape local budgets if local governments were unable to meet criteria to get retirement systems back on track.

Senate Majority Leader Arlan Meekhof (R-West Olive) told reporters he “was looking for more” to be done with municipal retirement but the bills that passed were a solid start.

Legislative leadership has said it was not a complete fix since there is no enforcement mechanism in the revised legislation. Mr. Meekhof said by putting the task force recommendations in place, more information will be available to determine the true scope of unfunded liabilities and from there additional fixes could be made.

Mr. Meekhof said local governments that meet the criteria and are funding retirement systems adequately can “go their merry way” and continue what they are doing.

Sen. Jim Stamas (R-Midland) praised the passage of the bills, saying he and others will continue to work for further solutions on municipal retirement systems.

“Our goal with this legislation is to increase transparency, preserve local control and encourage local solutions,” Mr. Stamas said in a statement. “These proactive reforms are designed to help locals that have not taken steps to resolve their growing debt issue.”