Here is the latest update on House Bill 5780 from the Police Officers Association of Michigan:

The House Committee of Local, Intergovernmental, and Regional Affairs met on September 27, 2012 to consider HB 5780. The Bill sponsor, Representative John Walsh (R-Livonia), testified eloquently on the need for repeal of PA 54 for police and fire. Walsh explained that the legislature never intended for public safety to be affected by PA 54. It was a mistake and should be fixed.

Testimony was given by POAM and other supporting passage. Governor Snyder had expressed his support.

However, in spite of common sense and reasonableness, the Committee has chosen not to move the Bill. Therefore, any repeal of PA 54 will not take place in the foreseeable future.

HB 5780 is an amendment to Public Act 54 and would prevent the Act from affecting 312 eligible employees.

POAM is proud to announce that on July 18, Michigan State Representatives introduced House Bill 5780 to the House of Representatives. This bill is an amendment to Public Act 54 and would prevent it from affecting 312 eligible employees. At the 2012 POAM Annual Convention, Michigan Gov. Rick Snyder told POAM members that he would work with the state legislature to correct and amend legislation that had unintended consequences for law enforcement officers. Now that the bill has been introduced, the House can start working on passing it and improving life for many officers throughout Michigan. 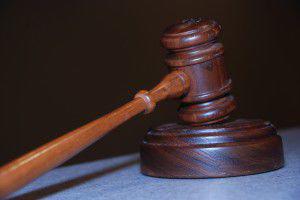 On May 24, 2012 Governor Rick Snyder addressed the members at the 2012 POAM Annual Convention. Governor Snyder stated that it was not his intent to harm police officers in his attempt to reinvent Michigan. The Governor assured our membership that he was going to make efforts to correct some legislative action and bills passed with unintended consequences towards law enforcement officers. With that POAM can report that the Governor appears to be a man of his word and the Michigan House of Representatives has produced House Bill 5780 which has been turned into the House Clerk for processing which would amend Public Act 54 to prevent it from affecting 312 eligible employees.

Public Act 54 is the bill that upon an expiration of a contract all wages and benefits are frozen and health care increases are automatically imposed upon employees. Additionally, the Senate has proposed Senate Bill 409 which is in the process of exempting law enforcement employees who do not receive social security from portions of the new state income tax. Prior to its recess, the House passed SB 409 on a 108-1 vote and returned the bill to the Senate. When the Legislature returns on July 18th the Senate is expected to concur in the House passed version before sending to the Governor for a signature.