By Arthur A. Borella

As a police officer, it is a good idea to know when you may be vulnerable to a civil lawsuit based on personal injuries caused by you on the job. For instance, a police officer may be sued if he or she causes an innocent bystander to be injured while the officer is making an arrest. One of the first questions to ask in such a case is whether a police officer is protected from tort liability under the governmental immunity statute, MCL 691.1407.

The governmental immunity statute generally provides that a police officer, as an employee of a governmental agency, is immune from tort liability for injuries to persons or property damage caused by the officer while in the course of employment. MCL 691.1407(2). However, the immunity applies only if all of the following conditions are met:
(a) The police officer is acting or reasonably believes he or she is acting with the scope of his or her authority.
(b) The governmental agency is engaged in the exercise or discharge of a governmental function.
(c) The police officer’s conduct does not amount to gross negligence that is the proximate cause of the injury or damage. [MCL 691.1407(2).]

The term “gross negligence” has been defined as “conduct so reckless as to demonstrate a substantial lack of concern for whether an injury results.” MCL 691.1407(7)(a). Other than this definition, there is no clear-cut line as to what conduct arises to the level of gross negligence. The courts usually take a case-by-case approach.

For instance, in Cebreco v Music Hall Center For The Performing Arts, Inc, 219 Mich App 353 (1996), the Court of Appeals held that the police officers could not be found to have acted with gross negligence when a concert patron was allegedly injured while the officers tried to move the patron and her motorized personal vehicle from a non-handicapped seating area in a theater, after the patron had refused to move to the handicapped seating area.

In two consolidated cases, Robinson v City of Detroit and Cooper v Wade, 462 Mich 439 (2000), the Michigan Supreme Court held that the police owed a duty to innocent passengers in a vehicle, who were injured during a high-speed chase, but owed no duty to passengers who are themselves wrongdoers, whether they bring about the pursuit or encourage flight.

In Robinson, the plaintiff was the estate of a deceased 15-year-old boy who was given a ride by a friend to his summer job. City of Detroit police officers noticed that the car was weaving from lane to lane. When the officers tried to pull the car over, the driver fled instead. The officers gave chase and the pursuit ended when the fleeing car collided with a another vehicle, killing the passenger.

In Cooper, the officers continued pursuing a car with a couple fourteen year old passengers, that the officers believed was stolen and was being driven recklessly through a residential neighborhood by an underage driver. Eventually the driver crashed the vehicle into a house, killing the driver and seriously injuring the two passengers.

Even though the Court held there was a duty, the Court was not able to determine on the record developed in these cases if the passengers were innocent as a matter of law. Furthermore, the Court held that the City of Detroit was nevertheless entitled to a judgement in their favor as a matter of law. They held that the above mentioned duty would only impose liability on the City, under the motor vehicle exception to governmental immunity, MCL 691.1405, if there was negligent operation of the police vehicle and the police vehicle hit the fleeing vehicle, physically caused another vehicle or object to hit the vehicle that was being chased, or physically forced the vehicle off the road or into another vehicle or object.

The issue concerning whether a governmental agency was engaged in a governmental function came up in Pardon v Finkel, 213 Mich App 643 (1995). In Pardon, the plaintiffs sued deputy sheriffs who were working at the Pine Knob entertainment center. Pine Knob had entered into a contract with Oakland County to hire deputy sheriffs to provide security. The plaintiffs were going to a concert at Pine Knob. One of the plaintiffs was an off-duty police officer and she had been carrying a pistol in her purse. The off-duty officer had informed an attendant who then notified the sergeant responsible for supervising the deputies at Pine Knob.

The sergeant confronted the off-duty officer who then produced her identification and a badge. An argument ensued between the deputies and the plaintiffs which ended in the arrests of the plaintiffs. The three plaintiffs were charged with assault and battery, aggravated assault, and disturbing the peace. All three were found not guilty on all charges. The plaintiffs sued several parties, including the county and the deputies, alleging in part false arrest, false imprisonment, malicious prosecution, assault and battery, and intentional infliction of emotional distress.

The county and deputies argued that the claims against them should be dismissed because they were protected by governmental immunity. The Court of Appeals disagreed. First, the Court of Appeals determined that the county was not engaged in a governmental function at the time of the tort. The Court stated:
To determine whether a governmental agency is engaged in a governmental function, the focus must be on the general activity, not the specific conduct involved at the time of the tort. In this instance, the general activity focused upon was not law enforcement but crowd control. Such an arrangement is characteristic of a private agreement between two entities as opposed to a law enforcement governmental function. In addition, either party had the ability to opt out of the contract or even decline to enter into or perform the contract. The county would not have such options if its service were mandated by constitution, statute, or local ordinance. The county was not at Pine Knob under any public duty doctrine, but was there only pursuant to contract. [Id., p 649 (Emphasis added; citation omitted).]

Next, the Pardon Court ruled that the deputies also were not protected by governmental immunity because one of the subsections of MCL 691.1407(2) had not been met, i.e the county was not engaged in a governmental function. To be protected under MCL 691.1407(2), all the subsections must be met. Because their employer was not engaged in a governmental function at the time of the tort, the deputies could not be protected by governmental immunity even if they were acting within the scope of their employment. This meant that the deputies could be found liable for ordinary negligence which is easier to prove than gross negligence.

ABOUT THE AUTHORS
The Law Offices of Borella & Amsbaugh, PC has over 30 years experience in representing individuals in Worker’s Compensation, Social Security Disability, Auto Accident, No-Fault, Construction Injury and many other areas of the law which provide compensation to those who are disabled or injured due to the negligence of others. No attorney fees unless we recover benefits or a settlement.

Arthur A. Borella Specializing in Worker’s Compensation, disability law and related Medicare issues for individuals injured or disabled as a result of their employment.

Posted by POAM on November 15, 2014 under Law Enforcement Legal Information for POAM Members

Watch Tim Brown’s Interview As the New Yo ... 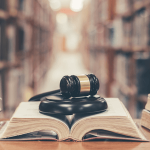