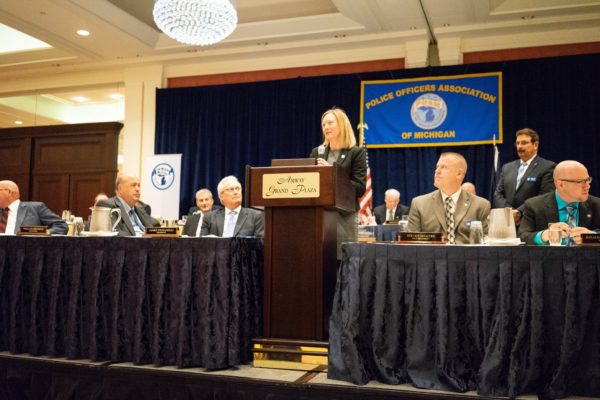 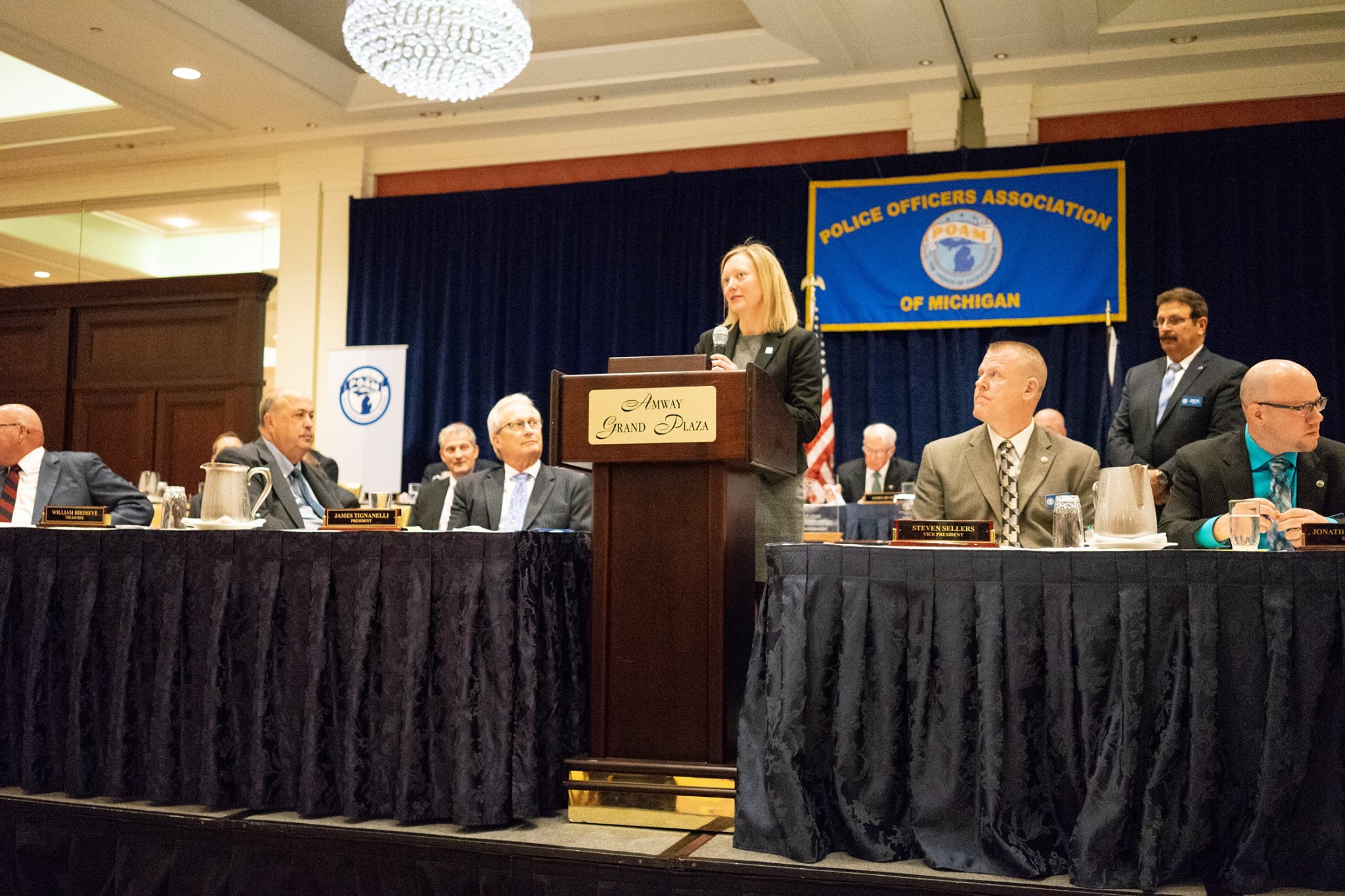 2018 POAM Corrections Officer of the Year

On August 15th, 2017 an inmate at the Calhoun County Corrections Center hurled her body from a top tier railing to the floor below. This event was destined to end tragically for the inmate, but the quick thinking and selflessness of Corrections Officer Deputy Tosha Cummings saved the day.

Deputy Cummings was on the floor of the jail and monitored a unit that included inmates of various incarceration levels. It’s a job that’s difficult on even the most normal days, but this particular day would test Deputy Tosha Cummings a little further.

At approximately 0914 hours a call for assistance in Pod G came over the facility radios. Corrections Officers rushed across the facility to the scene of the disturbance. A suicidal inmate had been drinking cleaning fluid and tossing it around the area. When Deputy Cummings arrived, the inmate was holding her body with her hands on the upper tier railing while leaning backwards over the inmate common area below.

Medical officers and two ambulances were immediately dispatched as officers tried to keep Deputy Cummings still and her neck stable in consideration of the possibility of a serious injury. After a few moments, Deputy Cummings began responding and became alert to questions. The inmate survived the fall, and both the inmate and Deputy Cummings were transported to Bronson hospital where they were treated for their injuries.

By Deputy Cummings putting her own personal safety on the line, she not only saved the life of the inmate, but she also ensured that nobody else was injured in the disturbing incident. After time off for recovery, Deputy Cummings was able to return to full duty.

Tosha Cummings, your selflessness and quick thinking took you above the call of duty. It is because of your heroic actions that we are pleased to honor you today with the 2018 POAM Corrections Officer of the Year Award.