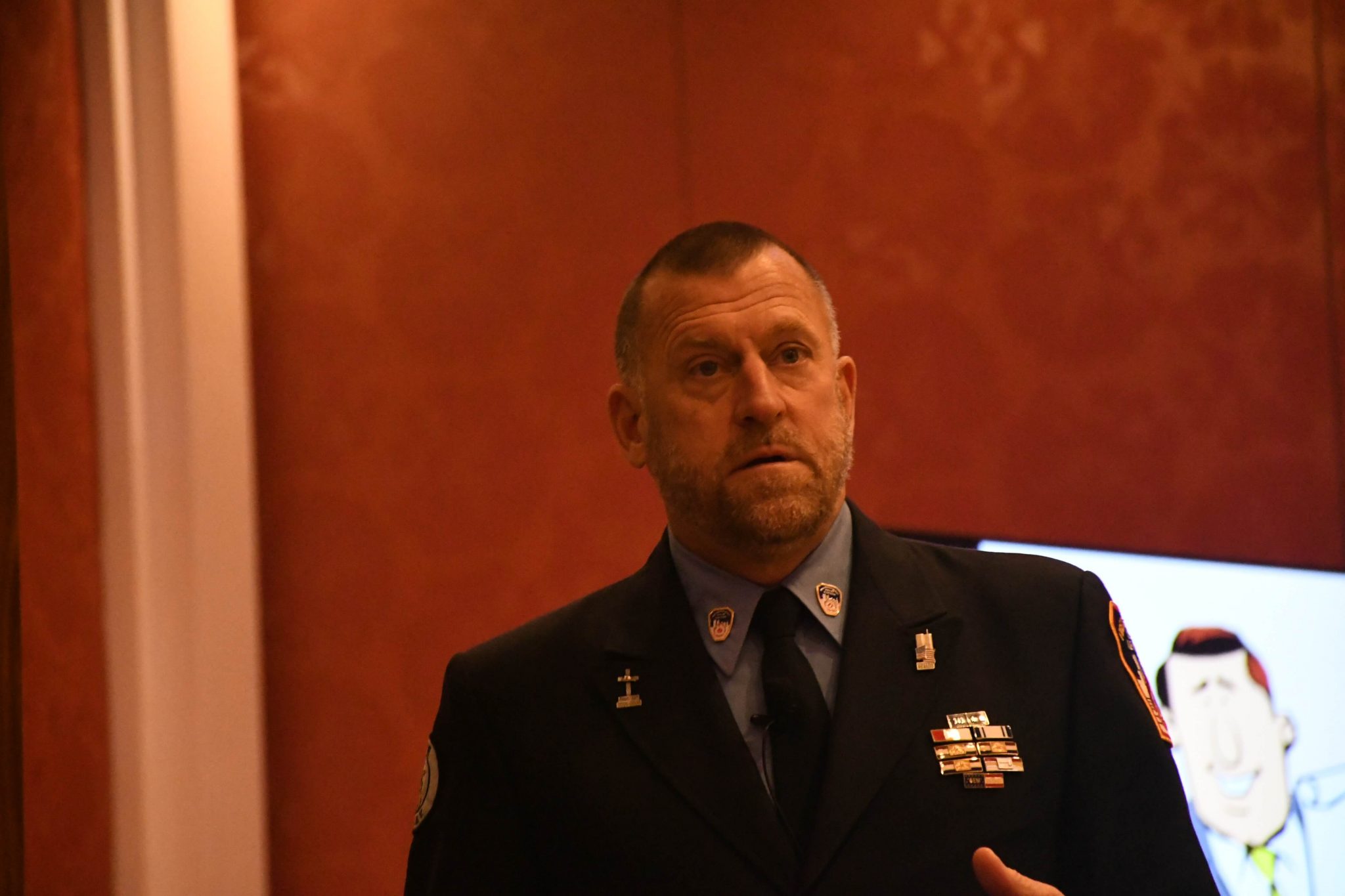 Attendees of the 2021 POAM Annual Convention got the privilege to listen to Tim Brown, FDNY. He shared his 9/11 survivor story and the experience he endured that day, which changed his life. As a first responder during the tragedy that took place on September 11th, 2001, Tim saw firsthand the destruction and tragedy that took so many lives. He took the stage at our 2021 Annual Convention to share his story and experiences with our POAM members.

For 20 years, Tim Brown dedicated his life as an FDNY firefighter. During this period he worked his way up to Rescue 3 where he spent over a decade responding to emergencies that included the 1993 terrorist attack on the World Trade Center. It was eight years later when Tim found himself immersed in catastrophic destruction from the 9/11 attacks. It became a rescue mission not only to save his own life but also the lives of anyone he could help.

Although Tim was involved in hundreds of fires over his career, no mission impacted him like the 9/11 terrorist attacks. Unaware of the exact cause of the attacks, Tim was right in the center of the chaos during the 2001 terrorist attack. He worked with other first responders and was responsible for rescuing trapped civilians, managing panic, and providing emergency instructions. Instead of focusing on saving his own life, Tim held his position and is responsible for the safe evacuation of hundreds of workers in the South Tower. During the attack, Tim lost 93 friends, including his two best friends and fellow servicemen.

Now retired, Tim is an advocate, speaker, and leader in defending and promoting the memory of everyone that was lost during the 9/11 attacks. He explains not only how he handled that day, but also the grief that overwhelmed him after the attack. If anyone can put themselves in the shoes of those dealing with grief and stress from the job, it is Tim. His story is captivating and allows others to understand just how much of a tragedy 9/11 was. You can watch Tim Brown’s full speech at the POAM 2021 Annual Convention below.