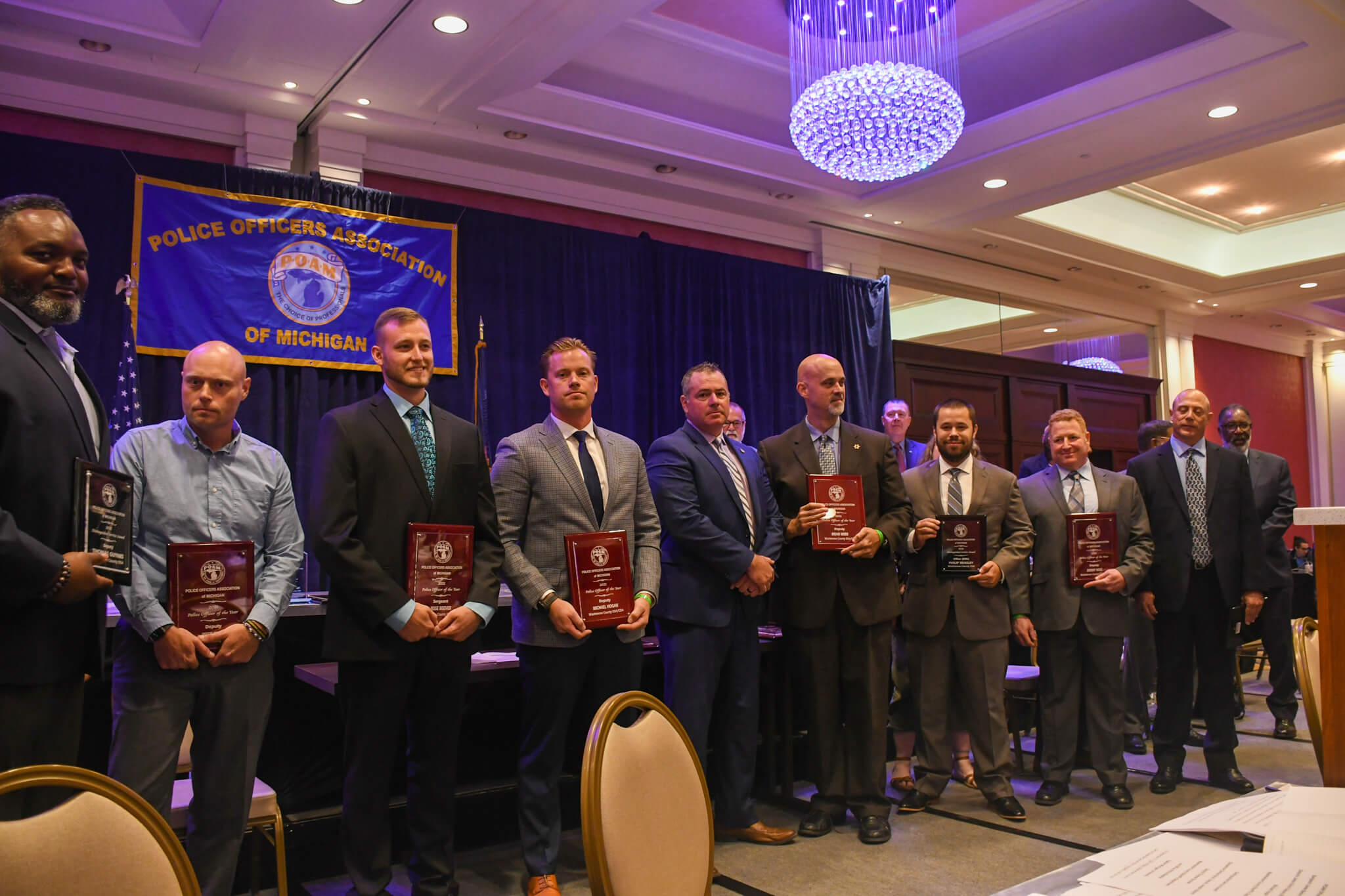 On September 16, 2020 midday, Washtenaw County Central Dispatcher Denise Raich received a call from an anxious neighbor reporting that shots were coming from his neighbor’s home and that he had sustained significant damage already. The caller wanted to leave his home, but Dispatcher Raich advised him to stay in the home as it was not known where the shots were coming from. At this point, neither Dispatcher Raich nor the officers involved realize that this would turn into an armed stand-off that would last almost nine hours.

After receiving the call, Dispatcher Raich sent Washtenaw County Deputies Jesse Smith and Jeremy Ross to the run. With the use of the internet, Dispatcher Raich was able to pinpoint the location of the suspect’s home. Deputy Ross arrived just as Dispatcher Raich relayed this information to him. At the time of his arrival, there were no shots fired, so Deputy Ross attempted to confirm he had the correct residence. The address was confirmed, and it turned out the suspect was standing on his porch. As Deputy Ross made his way to the porch, the suspect went inside and closed the door.

At this time, Deputy Smith reported to Dispatcher Raich that he had arrived on the scene. As Deputy Smith started to make his way diagonally across the parking lot toward Deputy Ross, shots were fired and Deputy Smith was hit by gunfire. He fell to the ground and began to crawl to the side of a car in front of a residence for cover.

Deputy Ross immediately ran to Deputy Smith to check on his condition. The suspect continued to shoot toward the deputies from the second-story window. There were bullets striking the ground all around the officers. He reached Deputy Smith and also sought cover behind the car. They situated themselves for better protection. Deputy Smith had sustained a frontal wound through his chest and out the back. Even under fire and injured, Deputy Smith continued with Deputy Ross to keep the shooter confined to his location. All the while Dispatcher Raich heard what was going on went on and, in her own words, went on “autopilot” to coordinate movements to make sure the deputies were okay as the situation escalated.

Deputy Michael Hogan and Eastern Michigan University Officer Philip Beasley were working plain clothes nearby and heard Deputy Smith on the radio saying shots were fired and that he had been hit. Hogan and Beasley responded immediately and were the first backup unit on the scene. Both Deputy Hogan and Officer Beasley exposed themselves to cover Ross and Smith as they retreated. Beasley then covered Hogan as Hogan assisted Smith with first aid all while Deputy Hogan directed units were to respond to keep the arriving back up out of the line of fire.

When Sergeant Beever arrived on the scene, he stayed in the woods behind the complex for concealment as he moved forward. He came out of the woods adjacent to where Deputies Ross and Smith were. Protected from gunfire, he covered them and directed them to come to where he was to get them out of the line of fire.

Deputy Joseph Ballard arrived and joined Sergeant Beevers. They observed that Deputy Smith was in extreme pain. When Deputy Thomas Guynes arrived, he and Deputy Ballard got Deputy Smith into his vehicle and took him to the hospital. They stayed with him there until his condition was known.

By this time, Sergeant Beever felt he had the back area secured, so he, Deputies Ross, and Brian Webb returned to the wooded area to make their way back to the front where the shooter was still engaged in gunfire. Some of the officers were positioned in the woods, others in a staging area and Sergeant Beever went to check on a man laying on the ground behind a car. The man was pinned down and soon the two were joined by another man also seeking cover. The suspect then began to shoot at Sergeant Beever. The sergeant was able to stay with the two men until they were picked up by an armored vehicle.

The suspect continued firing from the window. Eventually, he moved to the rear of his home and began firing from there. By now, a trained sniper, who was working with the Washtenaw County Sheriff’s Community Action Team, was able to get a shot off at the suspect wounding him in the shoulder. The suspect eventually took his own life.

Deputies Smith, Ross, Hogan, and Webb deserve the highest recognition for their actions on this day as well as Sergeant Beever who planned the rescue of his wounded comrade, calmly directed units, and responded to the safety needs of the public and his deputies.

Distinguished Service Awards go to Deputy Ballard, Officer Beasley, and Deputy Guynes for getting their wounded comrade to the hospital and to Dispatcher Raich for her calm professionalism that kept things moving in a positive direction to help the officers keep things under control in a very tense situation.

Thank God for all of you, your bravery, and your protection to all of us. So proud of the deputies and the recognition. May God always protect you and keep you from harm’s way.