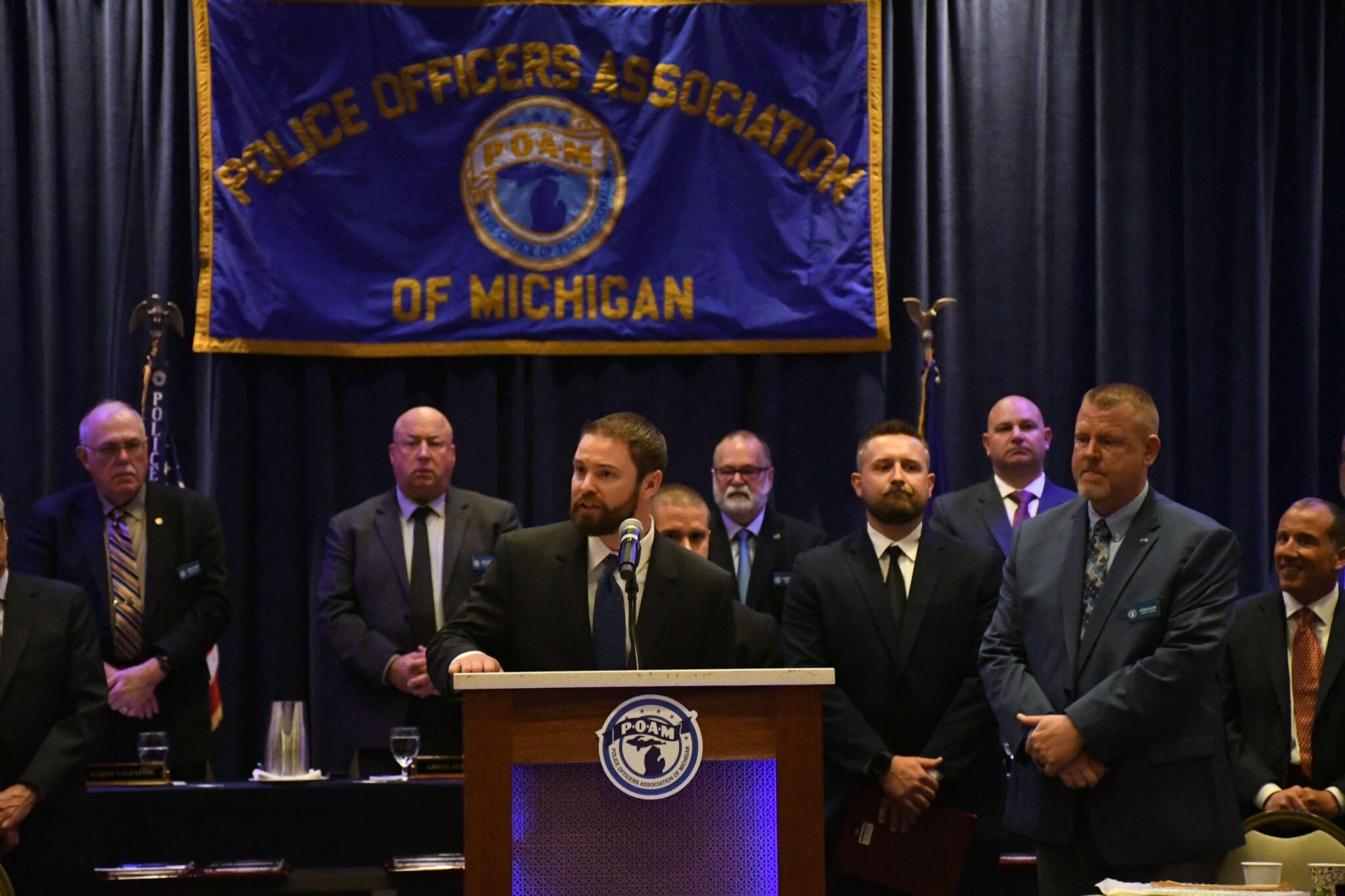 The Police Officers Association of Michigan recognizes police officers who show extraordinary commitment to their job and go over and beyond duty.

Officers Dittmer, Bolone, and Pfieffer Saved a Woman While in a Sinking Vehicle

Two days before the incident, torrential rains buffeted Southeast Michigan, causing massive flooding and damaging multiple communities. One affected community was Clinton Township, with the flood submerging its roads and making them impassable. Millar Road, east of Utica, was one of these areas.

A concerned citizen who saw the incident called the police and reported a vehicle that went off the road and was now barely visible in the murky water. Our three honorees responded to the dispatch call. On his arrival, Officer Dittmer called for the Clinton Township Fire Department (CTFD) and requested a rescue boat. As the officers waited for the rescue boat to arrive, they quickly realized that time was not on their side. They needed to make a quick decision, or the car’s driver would drown.

Although they were not trained in water rescue, the officers decided to free the elderly woman from her car themselves; otherwise, it might be too late. They quickly devised a plan, pulled off their equipment, and entered the neck-deep water.

As soon as they hit the water, the three officers swam as fast as they could, but the car was already submerged when they reached it. They could see that Ms. Alexander had very little air left, and the officers knew they had to work quickly.

They first tried to break the driver’s side window, but the attempt was futile. The vehicle was already underwater. With sheer determination, the three were able to pry open the driver’s side door against the powerful water pressure outside it. Officer Balone then pulled Ms. Alexander out of her car.

Officer Balone handed her over to Officer Pfieffer, who pulled her to shallow water, where the fire and medical teams were waiting to administer treatment to the victim.

The Aftermath of the Situation

Although the ordeal frightened and dazed Ms. Alexander, she was otherwise conscious and alert. They transported her to the Henry Ford Macomb Hospital for further observation and treatment.

Ms. Alexander is alive and well, thanks to the heroic and quick actions of these officers, who didn’t think twice and risked their lives so they could save another. They’re true heroes in the eyes of Ms. Alexander and the residents of Clinton Township.