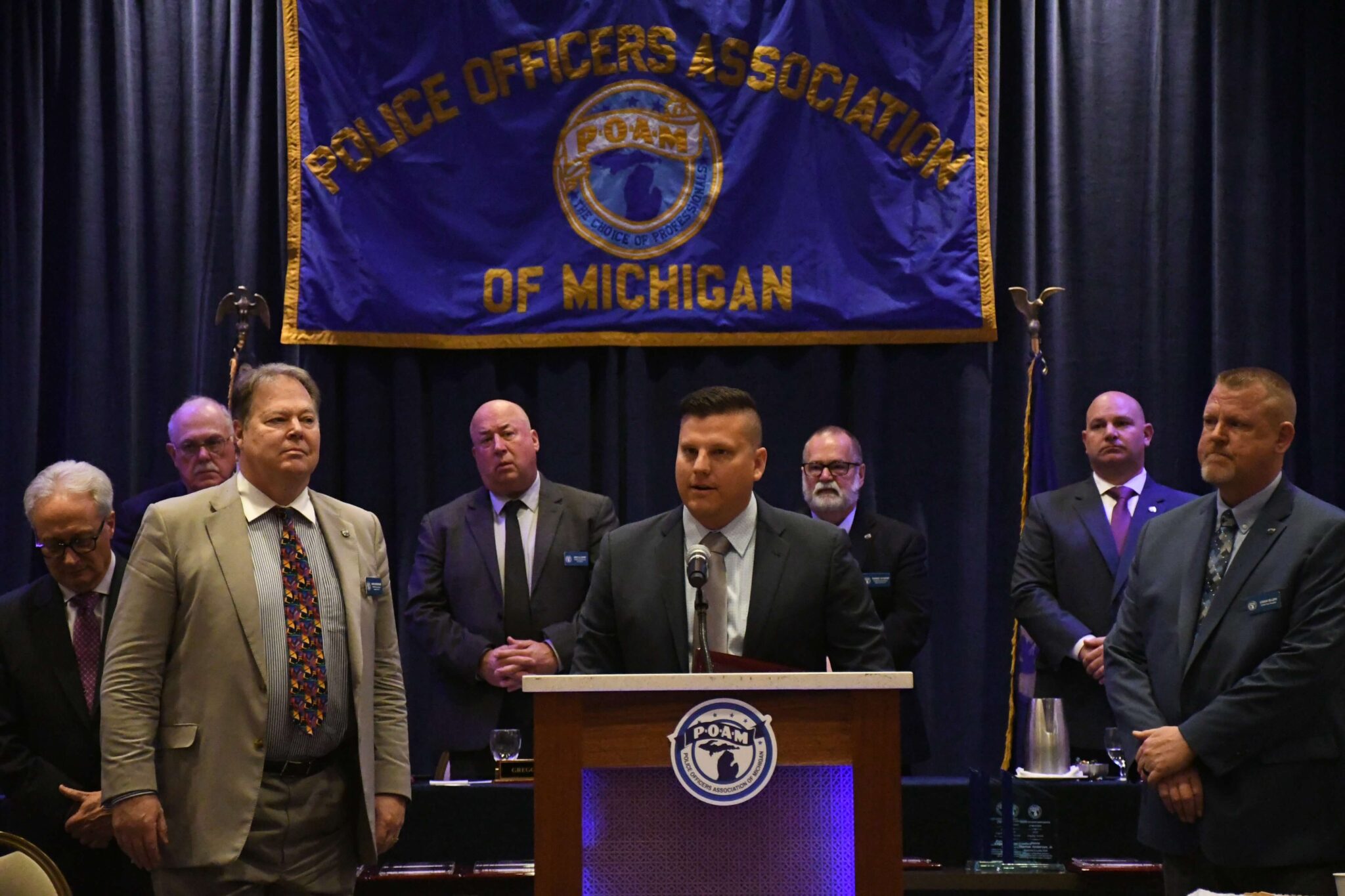 Every year, the Police Officers Association of Michigan (POAM) awards those officers who have shown exemplary zeal to service. This account will showcase Farmington Hills Police Department’s Officer Ryan Yudt and why he was chosen as a recipient.

On October 25, 2021, Officer Yudt was off-duty and on his way home to Livonia, driving his patrol car with his K-9 partner, Dozer, in tow. Around 1445 hours, he passed by the area of Farmington Road and Six Mile Road, two miles away from his home, and he saw dark smoke coming from one of the houses. There was a fire, and he immediately called Farmington Hills Police Department’s dispatch to get help.

He found out that the Livonia Fire Department did not receive any report of a fire, and there were no firefighters dispatched to respond before his call. He gave dispatch the address of the fire so that the fire department could be notified. However, he knew that waiting for the fire department to respond would take some time and might even cost a life. He sounded the sirens on his patrol car and drove off to the location of the fire.

On the scene, he noticed a bystander in the area. He was a Livonia Public School bus driver. The driver informed Officer Yudt that an elderly woman was in the house, slowly being engulfed in flames. Officer Yudt needed to act fast to save this woman. His first attempt was through the front door. He tried to enter the house, but the thick, black smoke made it impossible to follow through.

His next instinct was to go around the backyard. Here, he heard another bystander from the business complex near the house call out that the woman was last seen in the house’s enclosed sunroom. Officer Yudt quickly located the sunroom and entered through the sunroom door. He was relieved to find the woman standing there in the doorway.

The bedroom area was fully engulfed in flames, with flames reaching up to forty feet, rendering it impossible to conduct a search and rescue.

Officer Ryan Yudt knew that his priority at this time was to rescue this woman, who seemed somehow disoriented and kept insisting that her grandson was still inside. He took the woman to a safe place outside the house, and responders from Livonia Police and Fire departments arrived on the scene.

The Aftermath of the House Fire

Now clear from danger, Officer Yudt was able to speak with one of the woman’s neighbors, who confirmed that the woman did live in the house with her daughter and her fourteen-year-old grandson. He talked to the woman’s daughter over the phone, and she told him that her son was never in the house as he was still on a school bus on the way home. It was a relief to find out that they were both not in the house at the time of the fire.

He stayed with the woman on the scene as Livonia Fire defensively put out the fire and treated the woman for minor smoke inhalation. She is alive today because of Officer Yudt’s bravery and quick thinking. Even when off-duty, his responsibility as a police officer never wavered.

For your bravery and exceptional police work, the Police Officers Association of Michigan presents you with the 2022 Police Officer of the Year Award.