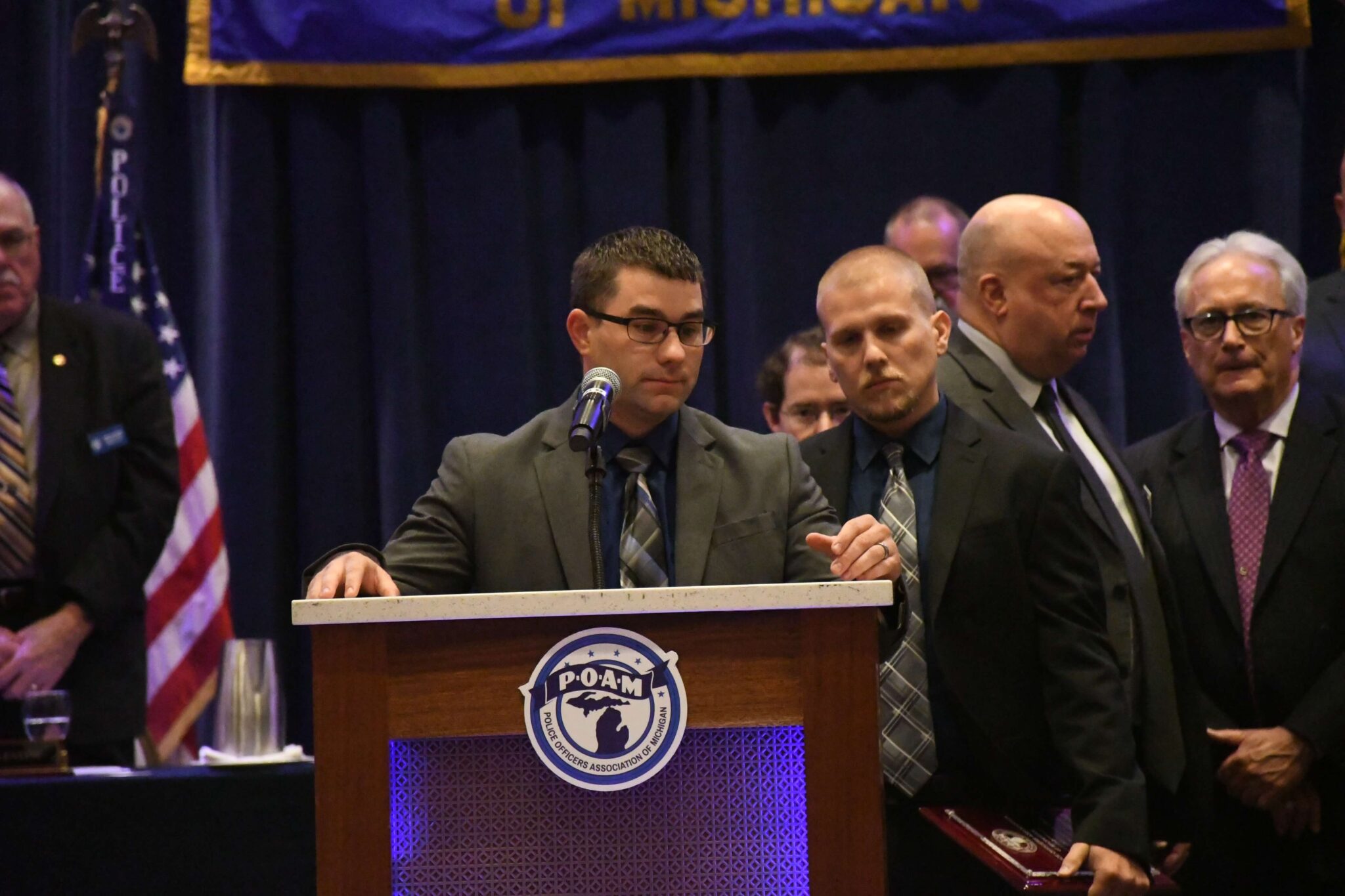 The Police Officers Association of Michigan honors admirable police officers who’ve gone over and beyond their duty every year. Public Safety Officers (PSOs) Dan Riley and Collin Morgan are the Police Officer of the Year Awards recipients for their extraordinary zeal and bravery.

While on duty, PSOs Daniel Riley and Collin Morgan put themselves in the line of fire when a seemingly routine traffic stop escalated into a high-speed and fiery vehicle and foot chase. Working together, they courageously apprehended the potentially dangerous and armed suspect before he could do any irreparable physical damage to civilians on Wednesday, December 22nd, 2021.

At 1417 hours, PSO Riley was on duty doing routine patrol in his uniform and fully marked patrol vehicle when he spotted a black sedan on East North Street and North Clinton Street. The sedan didn’t have a license plate, so he activated his emergency lights in an attempt to conduct a traffic stop. However, instead of stopping, the sedan sped up. PSO Riley pursued the vehicle, which turned a routine traffic stop into a high-speed car chase.

At about the same time, PSO Morgan, who was also on duty, heard PSO Riley call out over Calhoun County Central Dispatch that he was in continuous pursuit of a black sedan driven by an armed man. Without a second thought, PSO Morgan turned on his emergency police lights and joined the chase to aid his fellow officer with the capture.

During the dangerous 120-mile-per-hour vehicle chase, the armed suspect avoided spike traps, pointed his handgun out his window, and fired at both officers actively pursuing him. The harrowing vehicle chase ended with a Calhoun County Sheriff’s Deputy ramming the suspect’s car at Oak Hill Drive and Willow Street.

The Danger Was Not Yet Over 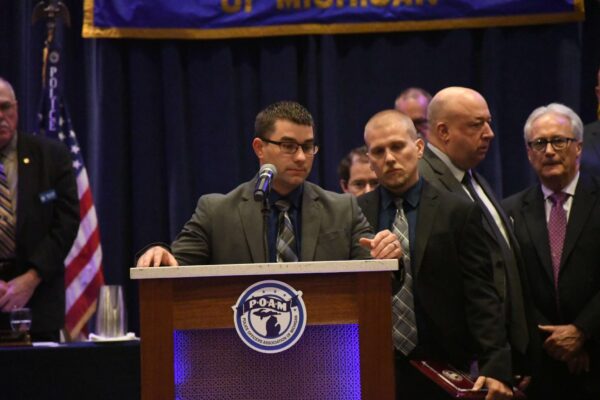 Instead of surrendering, the suspect attempted to evade capture and fled his vehicle armed with a handgun. PSOs Riley and Morgan exited their police cars with their police-issued firearms and pursued him on foot.

The suspect attempted to escape toward a residential area at 56 Willow Street by jumping over the fence of a residential property and heading to the porch of a house he attempted to break into with his handgun. PSOs Riley and Morgan knew they had to stop this threatening man before he had the chance to hurt anyone.

In addition to the two officers, a Battle Creek police officer joined the pursuit and managed to corner the suspect. While pointing his rifle at him, the officer gave him multiple orders to drop his weapon. The suspect didn’t comply and acted aggressively, forcing the Battle Creek officer to fire his gun at the suspect multiple times. The shots subdued the suspect. Once PSO Collins arrived on the scene, he immediately kicked the handgun away from the suspect. He maintained cover on the suspect, while PSO Riley handcuffed the suspect to end the long and fiery chase.

Thankfully, no civilians were hurt that day, all thanks to the bravery, quick thinking, and teamwork of PSOs Riley and Morgan, along with the Battle Creek police officer. We present you with the 2022 Police Officer of the Year Awards.