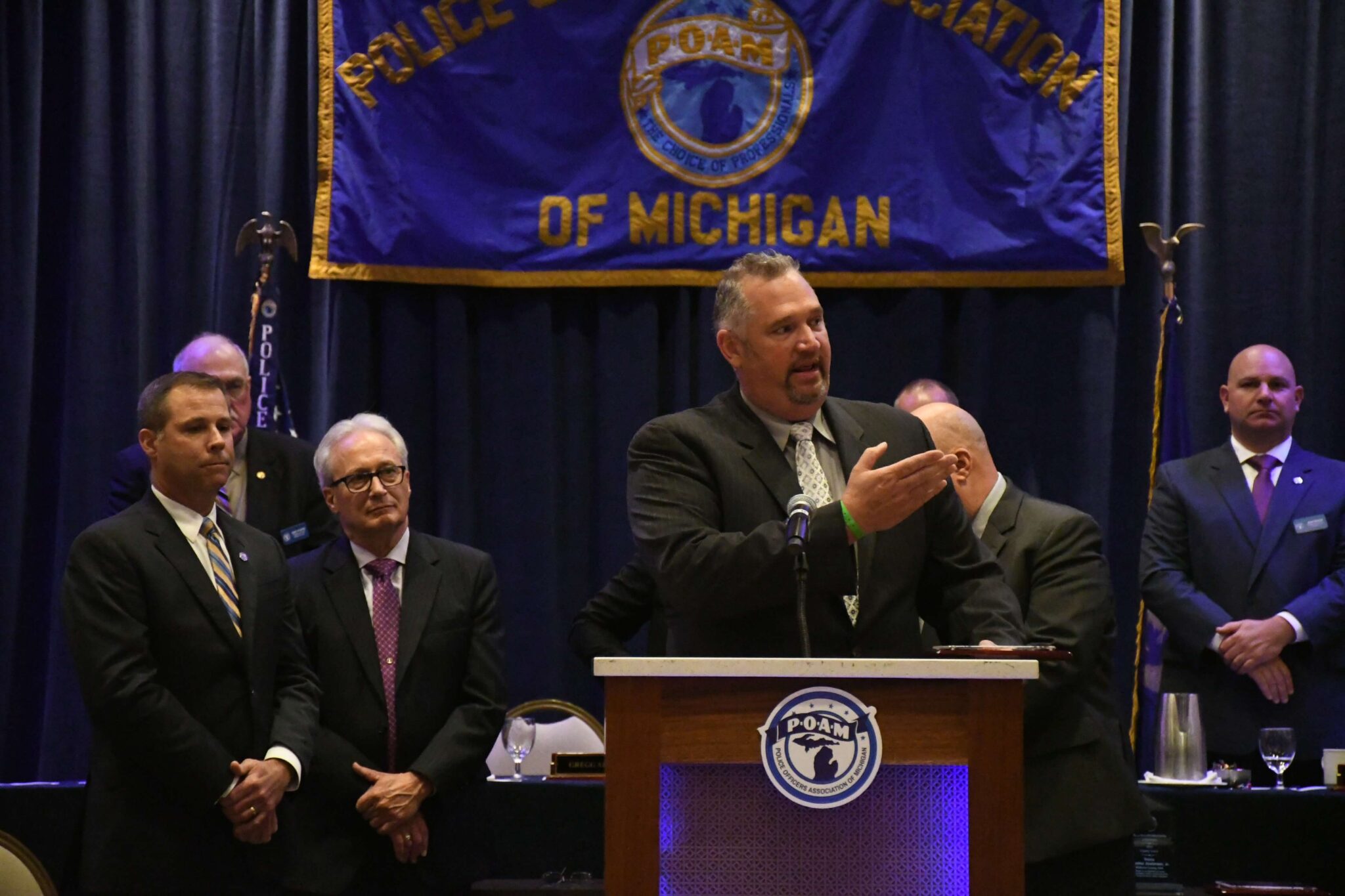 The Police Officers Association of Michigan celebrates and awards officers who show outstanding leadership and zeal in their duty each year. For fearlessly putting their lives on the line to protect the community they serve, Officer Ali Hamka and Lieutenant Jason Skoczylas are two recipients of the Police Officer of the Year Awards.

Officer Hamka’s Involvement with the Incident

At 0114 hours on February 12, 2022, Dearborn Officer Ali Hamka and his partner responded to a structure fire report at the Al-Huda Mosque located at the intersection of Lonyo and Warren Road. When the pair arrived at the scene, they saw the south-facing doors of the Mosque were on fire, and Officer Hamka called dispatch to report the situation.

Meanwhile, an unknown suspect, lying in wait behind a nearby dumpster, fired at them, turning the seemingly uncomplicated scene into a dangerous ambush shootout.

Officer Hamka and his partner rapidly took cover. At the same time, Officer Hamka informed and coordinated a response about the ambush situation in a clear and calm voice. The two officers remained in their position; when they heard responding officers approaching the area, the two officers deftly moved to their patrol car and used it as a cover. From their vantage point, they observed that the suspect was moving south, still armed with his pistol.

The harrowing and dangerous episode happened during the watch of Lieutenant Jason Skoczylas, who was just promoted to the position a handful of days ago. Despite being new to the post, Lieutenant Skoczylas took confident command of the scene.

As the suspect moved on foot from Dearborn into the city of Detroit, Lieutenant Skocyzlas coordinated air support from Michigan State Police and additional backup from the Detroit Police Department. He also coordinated multiple vehicles and officer formations to pursue the suspect.

This lieutenant didn’t just watch from the sidelines — he used his unarmored vehicle to lead the line of officers as they followed the suspect from a safe distance so they could adequately respond to the threat if needed.

Officer Hamka, his partner, and other officers huddled and took cover behind Lieutenant Skocyzlas’ vehicle as they waited for the suspect’s next move.

The situation quickly escalated, and Officer Hamka sprang into action. With steadfast resolve, he shouldered his department-issued patrol rifle, took aim, and fired two perfect shots into the suspect. The shots immediately neutralized the suspect, ending the dramatic ordeal.

In addition to strong leadership in the field, Lieutenant Skocyzlas also ensured his officers were treated with the utmost respect and professionalism during the multi-agency investigation.

Through the leadership of Lieutenant Skocyzlas, the strong-willed courage of Officer Hamka, and the determination of all the officers involved ensured the safety of the Dearborn community with no civilian or officer casualties.

We present Officer Hamka & Lieutenant Skoczylas with the 2022 Police Officer of the Year Awards for such outstanding work, dedication, and commitment to your craft.

One response to “2022 P.O. of the Year: Officer Ali Hamka & Lieutenant Jason Skoczylas”

PCongratulations Jason! So glad you dodged the bullet and we’re unharmed. This deserves a fried bologna sandwich! Stop by som day. Would love to see you.Mrs. Zonca