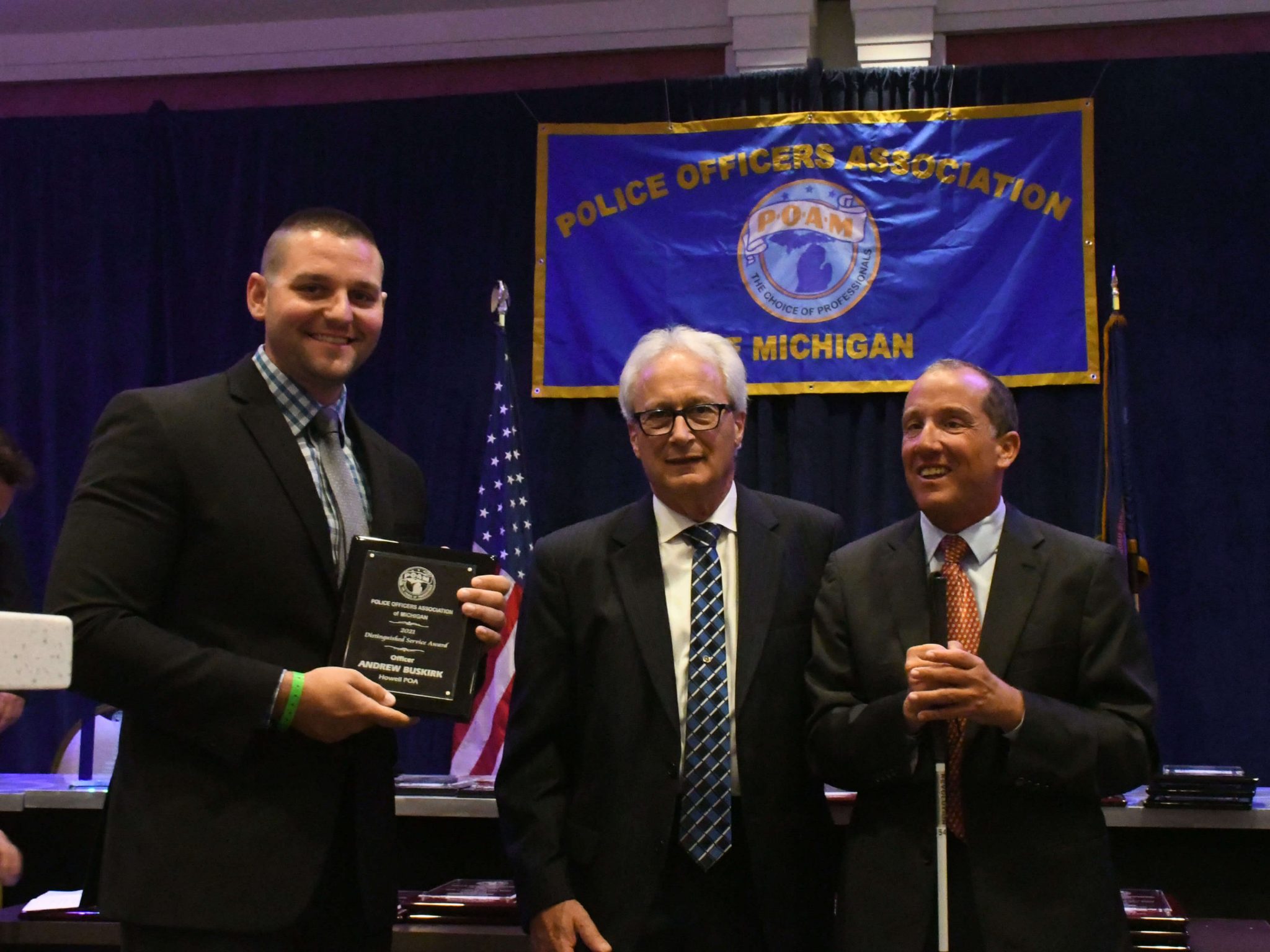 On July 1, 2020, while making his foot patrol at the Howell High School, Howell Police Officer Andrew VanBuskirk heard noises coming from the thick foliage swamp area just east of the school. Officer VanBuskirk could not see anyone but was able to discern that it was a male who sounded in distress and possibly under the influence of drugs or alcohol.

It was subsequently found out that the subject had been in Saint Joseph Mercy Hospital Livingston for an alcohol-related seizure incident. He had ripped out his I.V., checked himself out of the hospital, and said he was going to walk home. It is apparent he got mired in the swamp very soon after he had left the hospital and had been there for approximately 48 hours.

As a result of Officer VanBuskirk’s professionalism, quick thinking in assessing the situation, and without regard for his own personal safety he took appropriate action that resulted in the saving of human life. For your bravery and exceptional police work, the Police Officers Association of Michigan presents you with the 2020 Police Officers of the Year Award.