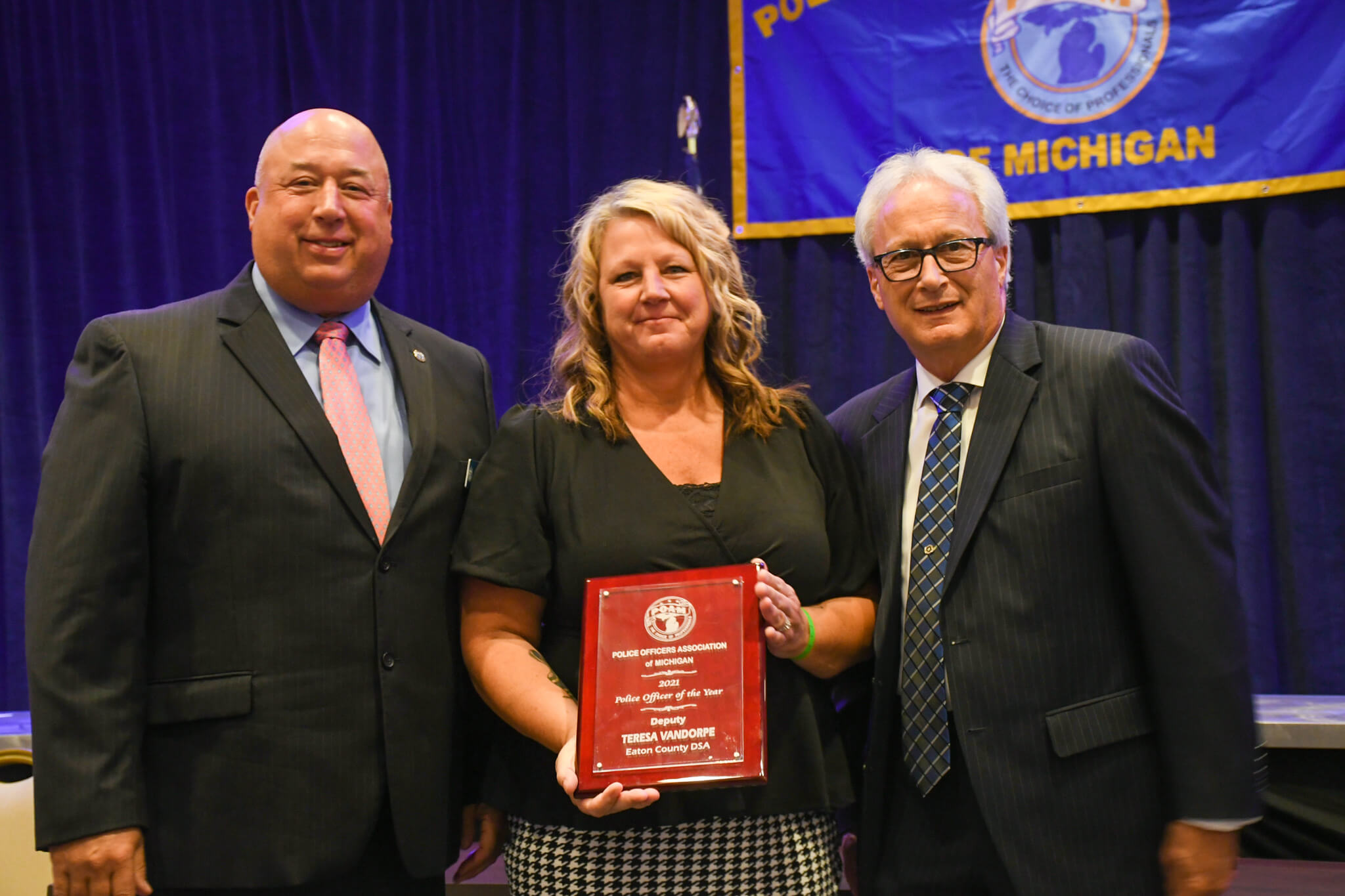 In the early morning hours on July 14, 2020, around 6:45 a.m. in the Quality Dairy Store in Eaton County, a 77-year-old male was tragically and critically stabbed by a man who refused to put on a mask when asked and the store then refused service. When the suspect fled the scene, the State Police, as well as the Eaton County Sheriff’s Department, responded to the 911 call.

The officers were able to access the store’s security system, and they obtained a description of the suspect and his license plate. The suspect was soon identified, and they obtained his home address. Officers went to the suspect’s home and spoke with his wife who said her husband had left for work at his job with the Michigan Department of Transportation (MDOT). The State Police immediately headed to the MDOT facility in Lansing and left Eaton County Deputy Theresa VanDorpe to watch the suspect’s house. Deputy VanDorpe parked away from the home where she could observe any sign of the suspect’s car should he return to his residence.

Deputy VanDorpe was faced with a violent man who had already stabbed and killed a man for unknown reasons. She had to use every ounce of courage and skill to protect herself and contain a suspect who was intent on causing her death and others that day. For your bravery and exceptional police work, the Police Officers Association of Michigan presents you with the 2020 Police Officers of the Year Award.