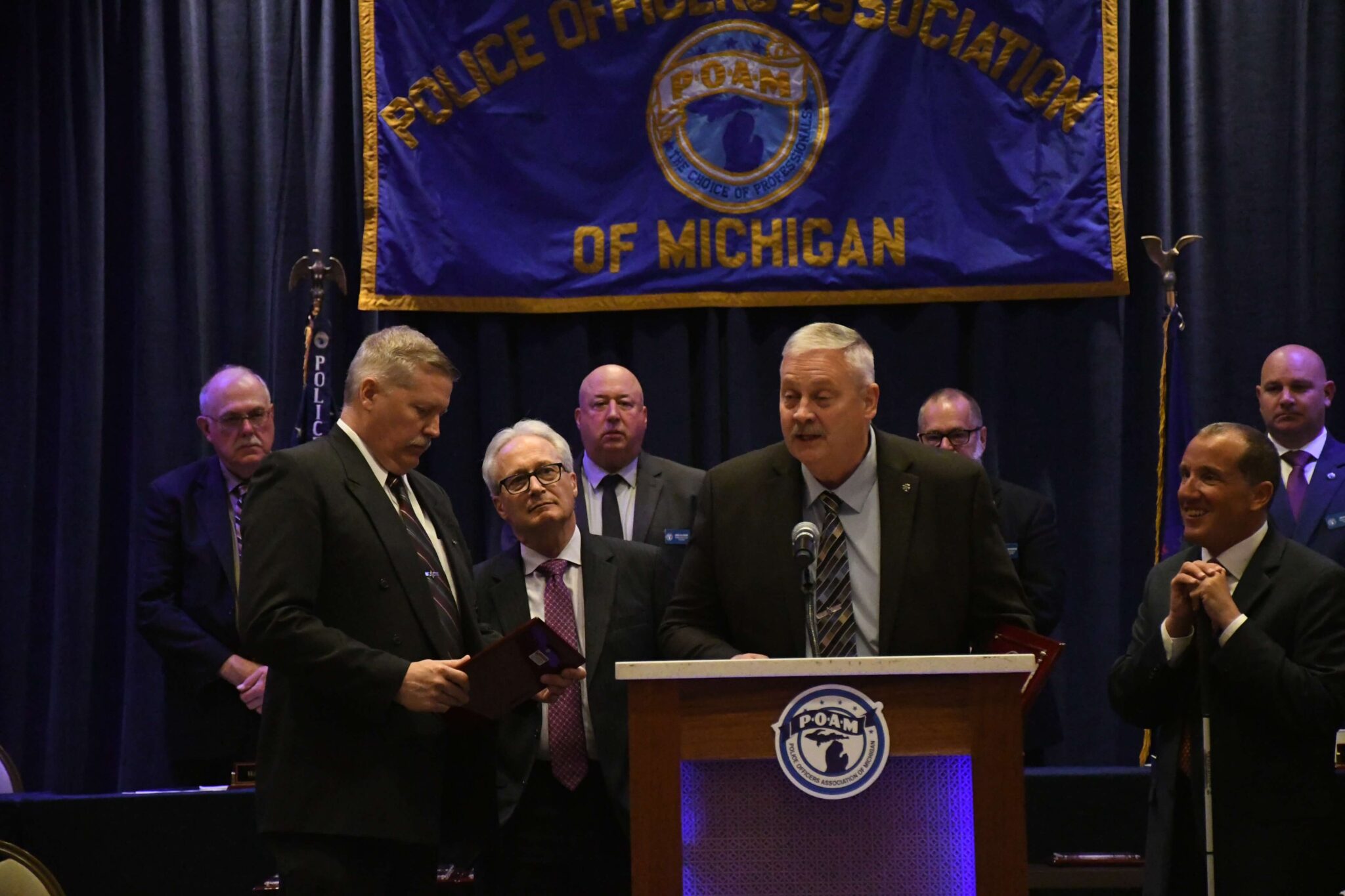 Every year, the Police Officers Association of Michigan recognizes and honors the uniformed officers who have shown extraordinary acts of courage in their line of service. Two of the Police Officer of the Year Awards recipients are Lapeer County’s Deputy Michael Tappen and Reserve Deputy Gary Shiroda. Read more about why they are receiving this award.

At around 0920 hours on March 9, 2022, Deputy Tappen and Reserve Deputy Shiroda were on duty, driving in their patrol car. They were southbound on M-53 when they received a call from Detective Lieutenant Parks. Their assistance was requested on an arrest warrant. Wasting no time, they drove to the corner of Willis and Brown City Road to meet up with Detective Lieutenant Parks, who briefed them on the warrant.

The warrant was for a suspect wanted on a felony criminal sexual conduct. They were to search the house of the suspect’s parents in Willis Road, where he was believed to be hiding. Upon arrival at the home, Deputy Tappen and Reserve Deputy Shiroda knocked on the door at the east side entrance.

The suspect’s brother greeted them. After identifying themselves as being from the Lapeer County Sheriff’s Office, they asked about the suspect’s whereabouts. The brother denied the suspect being there, saying he hadn’t seen his brother in over a year. When the deputies asked to search the house, he agreed to let them in, but only after putting the dog away.

The deputies searched the main building, from top to bottom, but found nothing on the suspect. There was also a detached pole barn in the backyard. The suspect’s brother agreed to have this area searched and went with the officers to unlock the door. Upon entering the barn, the two deputies did a thorough sweep, with Deputy Tappen going in straightforward and Reserve Deputy Shiroda peeling to the left.

At this moment, Reserve Deputy Shiroda knew that he needed to act fast to assist his partner. He turned 180 degrees and beelined to his partner’s location.

The suspect then fell forward and dropped his rifle. Reserve Deputy Shiroda then saw Deputy Tappen on the ground, with blood on his uniform. He needed to do a quick assessment to control his partner’s bleeding. But before doing a thorough evaluation, he handcuffed the suspect, who was lying on the ground, still moving at that time. He also emptied the barrel of the suspect’s rifle, fearing that the suspect’s brother would reach for it. The rifle jammed, and he threw it over the shed to ensure no one would get to it.

After securing the scene, he was able to control Deputy Tappen’s bleeding, which was due to multiple gunshot wounds in his right thigh and left wrist. While waiting for the paramedics to arrive, Reserve Deputy Shiroda covered his partner with his jacket. He did not leave the scene until other officers took him to the McLaren Lapeer Region Hospital.

Their bravery helped bring a criminal to justice while looking out for each other, showing what true partnership on the force looks like. For your exceptional bravery, the Police Officers Association of Michigan presents you with the 2022 Police Officer of the Year Awards.