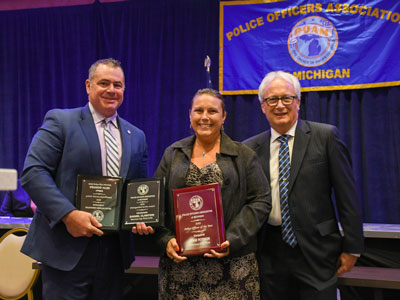 In the late afternoon of May 24, 2020, a carjacking was reported in the 200 block of Winchester Street in Monroe. Later, Central Dispatch advised Monroe Officers that the vehicle was seen disabled at N. Ternes and Dixie Highway. At this time, Corporal Renae Peterson of the Monroe Police Department responded with lights and sirens and located the vehicle. The car was occupied and pulled over. 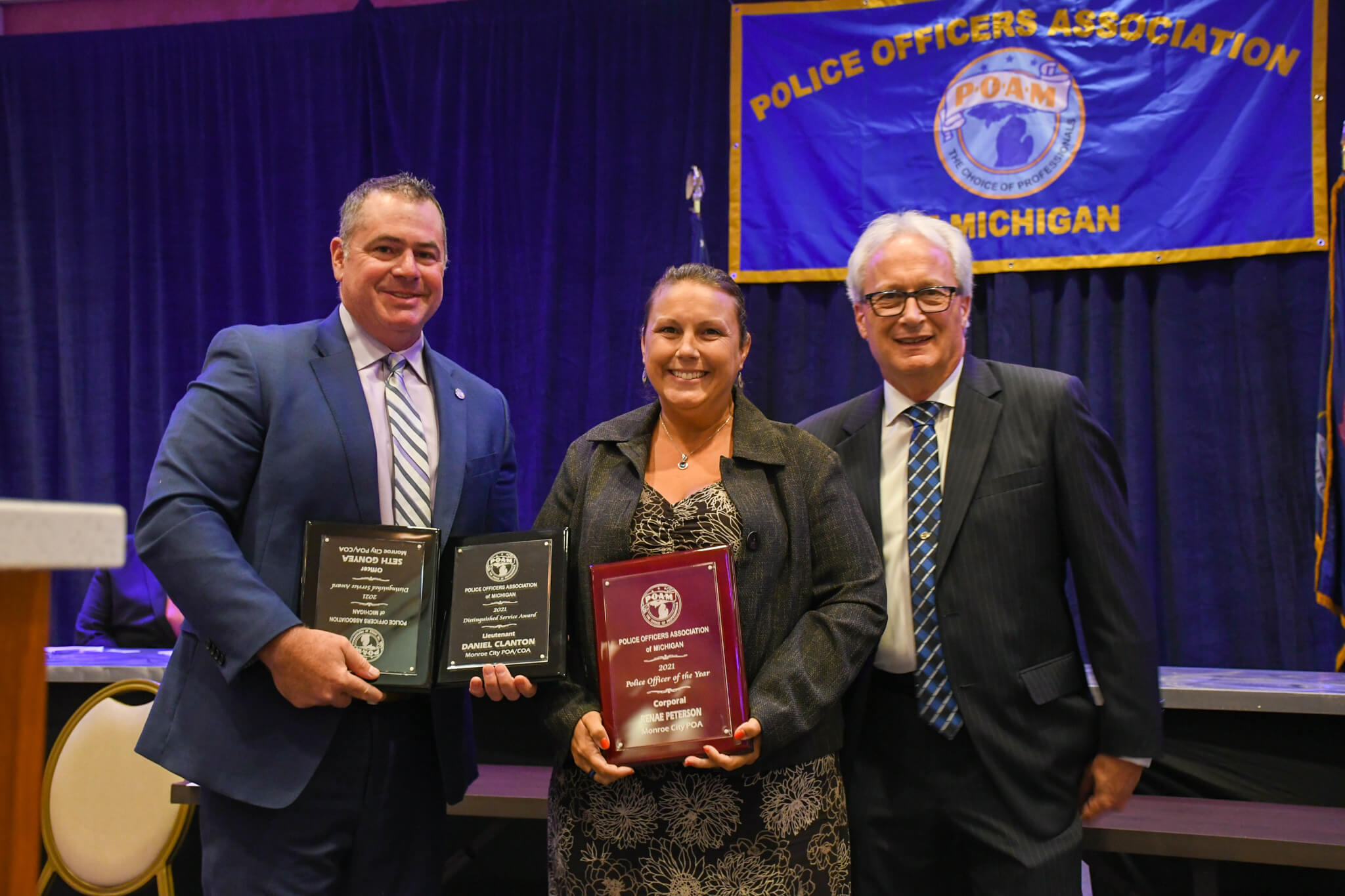 The gunfight between Corporal Peterson and the suspect resulted in her receiving life-threatening injuries. Fortunately, Officer Seth Gonyea and Lieutenant Dan Clanton, of the Monroe Police Department, also had responded to the original dispatch call and were immediately able to perform first aid on Corporal Peterson. It undoubtedly saved her life. The suspects were located a short time later and taken into custody without further incident. Corporal Peterson is still recovering from her injuries.

Teamwork and an immediate law enforcement response to this carjacking allowed the incident to come to a conclusion without the loss of life of Corporal Peterson and resulted in the capture of the suspects. All officers involved deserve recognition for their roles in this case.