The Police Officers Association of Michigan doles out several awards during our Annual POAM Convention, which include Police Officer of the Year awards, POAM Loyalty Awards, Distinguished service awards and more. In addition to the award presentations, you can also listen to Dick DeVos’ welcome speech to the convention audience as well as our annual legislative update.

Call to Order, Presentation of Colors, Moment of Silence and Invocation

Please take a few minutes and listen to opening of the 2013 POAM Annual Convention Business Meeting. This includes the Call to order, Presentation of Colors, a moment of silence as well as the invocation presented by POAM President Jim Tignanelli. 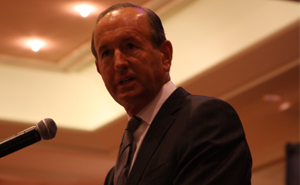 POAM was honored to have Grand Rapids businessman Dick DeVos speak to the audience at our annual convention. He spoke about his appreciation of and with the Police Officers Association of Michigan and that the relationship he has with POAM leaders. You can listen to his speech about issues concerning Michigan law enforcement professionals below. 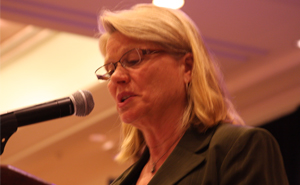 Michigan Secretary of State Ruth Johnson spoke to the POAM Annual Convention audience about the importance of road safety as well as her appreciation for the law enforcement community. Sec. Johnson discussed the important relationship between Michigan’s police officers and her office. Please listen to her presentation below.

2013 Police Officer of the Year Awards 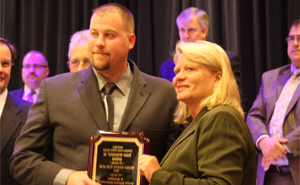 Crawford County Deputy John Klepadlo responded to a domestic disturbance call on Feb. 3, 2013 that wasn’t a typical call. Deputy Klepadlo was forced to take custody of a son from an enraged man who did not want to give up his son to a court order. Please take a few minutes to listen to Deputy Klepadlo’s brave story and how he saved a young boy from a dangerous situation. 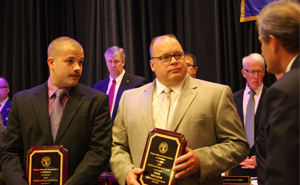 In December 2012, Crawford County Deputies Mike Jacobi and Matthew Swope alongside Traverse City Police Officer Mark Witczak were forced to go above and beyond when they stopped a violent man from hurting others. Listen to their heroic story below. 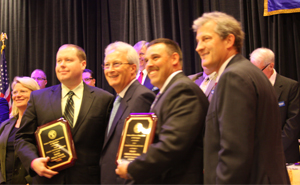 On the morning of June 22, 2012, Ionia County Deputies Phillip Hesche and Fredrick Straubel were called to back up Ionia Public Safety Officers who were conducting a wellbeing check on a man described as deranged and unstable. The man became violent after the officers attempted to check on him. He fired on the patrol cars as well as a neighbor. Listen to the story below to learn how Deputies Straubel and Hesche helped bring this chaotic encounter to an end.

The night of Sept. 22, 2012 wasn’t a typical night for Monroe County Sheriff’s Sergeant John Higham. Sgt. Higham was among those called to a residence where an obviously inebriated man was brandishing a long gun in one hand and a beer can in another while threatening to take his own life. He put his life on the line when he moved into the open to negotiate with the man and eventually disarmed the man. Listen to the full story of this courageous action below. 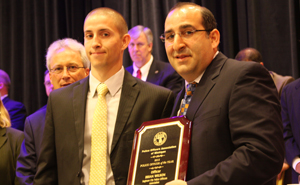 Saginaw Police Officer Brian Wilson was called to the home where a man was attempting to break in through the back door with a handgun. As he approached, Officer Wilson shouted, “Police!” just as the suspect was leveling his gun. Officer Wilson, facing a true life-and-death situation, fired several rounds at the suspect, killing him on sight. Listen to how the events unfolded below. 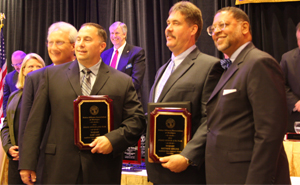 On Nov. 11, 2012, a man stormed into the Southfield Police Department headquarters and began firing at officers in the station. Police Officers Matthew Collins and Gary Lask took the lead ahead of the other officers and began to engage the assailant. Though shot in the shoulder, Officer Collins alongside Officer Lask returned fire at the man, killing him at the scene. Listen to their heroic story below.

Wayne County Corporal David Weinman’s shift hadn’t even started on March 1, 2012 when he was forced to face an emergency. While on his way to work, he noticed a man standing at the guardrail above southbound Telegraph Road. He had to fight traffic from one side of the road to another and even his own car accident after he was rear-ended by a truck, while on his way to the suicidal man. Once he arrived at the man, he lunged forward, keeping him on the overpass and handcuffed him to the rail to prevent him from attempting to jump again. You can listen to this miraculous story below. 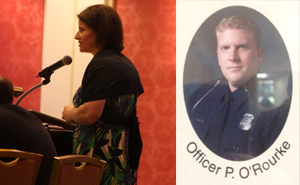 West Bloomfield Police officer Patrick O’Rourke was killed in the line of duty on Sept. 10, 2012 when responding to a 911 call. Officer O’Rourke was fatally shot by a gunman who was threatening to kill himself when he entered the home. Please listen below to hear to the story of his bravery and heroics on that fateful day. 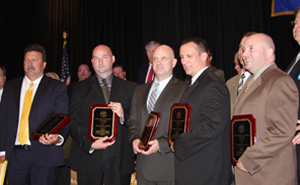 Farmington Hills Police Officers Eric Buckberry, Michael Connolly, Michael Meister, Andrew Plemmons, Thomas Shivak and Christopher Weiss responded to a 911 call in which a 17-year-old boy said his estranged adopted brother was beating his family to death with a baseball bat. The officers rescued four family members and secured one of the suspects. The other suspect was on the loose, but was later located and arrested. Please listen to what became known as the Cipriano Case in the metro Detroit media below. 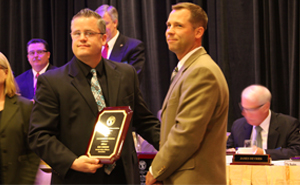 While Livonia Police Officer Max Christie was checking out a local tobacco shop, he heard a loud crash not too far away. To his surprise, four men intentionally smashed their van into a gun store window and were about to break in and loot the place. Officer Christie, by being in the close proximity to the break-in, he thwarted the breaking and entering. The officer’s proactive policing directly stopped a major crime in progress. Listen to his story below.

Southfield Police Officer, Nick Cazan was among those inside the Southfield Police Department headquarters last November when a man came into the lobby and started shooting. Like many of the other officers involved, he acted with intense bravery during this unexpected emergency. Please listen to his story below. 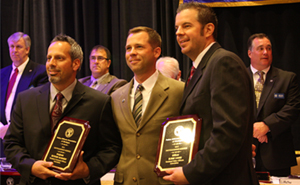 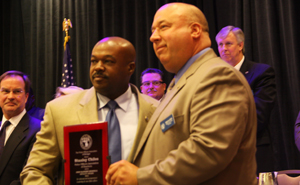 Stanley Chiles has been a part of the POAM community since the early 1980s and was a local union representative for the Dearborn Police Department. He is set to retire next February, which makes this POAM Loyalty Award a fitting send off. You can listen below to hear his award presentation. 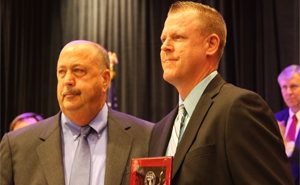 Local union representatives are what make POAM the organization what it is. Steven Sellers, the President of the East Detroit Police Officers Association, is a fine example of what a local steward is supposed to do. Please listen to Bill Birdseye present the POAM Loyalty Award to Steve Sellers below. 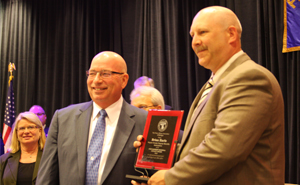 Brian Earle, the Legislative Director of DSAM, was honored with a POAM Loyalty Award for his dedication to his local union, department and POAM as a whole. Please take a few moments and listen to his acceptance below. 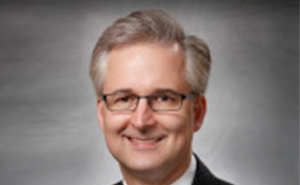 Listen to Tim Ward’s and Dennis McGrann’s legislative update below, including an update on Public Act 54. As many people know, the Right-to-Work law exempts most police officers, which was one of the important things POAM accomplished last year. Listen below to hear to both Dennis’s and Tim’s legislative updates and what’s on POAM’s plate for the rest of the year. 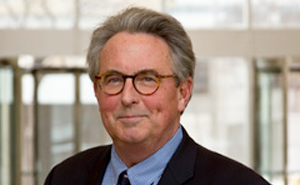