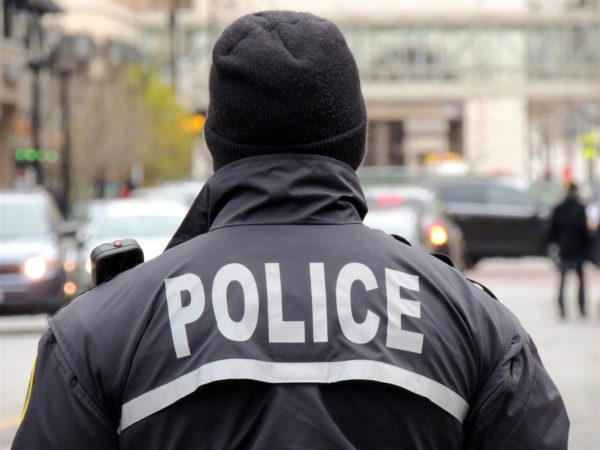 Fifteen years ago, after an exhaustive five-year study of officer murders, a research team from the FBI delivered a simple but compelling message: there are certain behavioral characteristics that tend to get cops killed.

No single profile of ill-fated officers can be defined, the researchers cautioned, because there are too many unpredictable variables in the “deadly mix” that results in officer fatalities. But certain “general descriptors,” treacherous specifics of a personal operating style, often appear to be shared by officers who fall prey to the predators who cross their paths. All these traits can be overcome or avoided if you approach the street with tactical awareness. They’ve been widely publicized, for several years were detailed in Calibre Press’ Street Survival Seminar, and have been repeatedly featured at law enforcement training conferences.

Yet a small-town police chief in Kentucky was slain because the potentially life-saving lessons inherent in the FBI’s findings are still being tragically ignored.

The chief, a 22-year veteran, handcuffed a DUI suspect in front instead of in back. It was a courtesy he often indulged in with arrestees he knew, and he had arrested this suspect numerous times; the offender considered him “a family friend.” Moments after the cuffing, authorities said, the prisoner accessed a gun and shot the chief point blank in the back of the head as they drove toward jail.

As the chief’s name is chiseled into the Memorial Wall, it seems fitting to once again review what the FBI calls “Behavioral Descriptors for Victim Officers.” These were first identified in 1992 in the landmark study Killed in the Line of Duty, by the research team of Dr. Anthony Pinizzotto, Edward Davis, and Charles Miller III. The researchers reiterated the checklist in their recently released study of felonious assaults on LEOs, Violent Encounters. Based on extensive interviews with the victim officers’ attackers, peers, and supervisors, here are the traits the studies say are frequently associated with officers who end up getting killed. The researchers note in their latest report, “[O]fficers need not exhibit all of these behavioral characteristics to place themselves as risk.”

This adjective was frequently used to describe the murdered officers, along with “well-liked,” “laid back,” and “easy going.”

While a friendly demeanor “does much to promote a positive image for the officer and the department, overly friendly behavior at an inappropriate time” can backfire, the researchers warn that mindset can lull you into a sense of complacency, lead to the granting of dangerous favors or accommodations, and “might be misinterpreted by an offender as potential weakness a sign of vulnerability.”

A savvy officer knows it’s often useful to appear friendly as a conscious strategy, but you “never should let down [your] guard, because no one can know what is in the mind of another person.”  The subject you’re dealing with “may be contemplating [your] assault to effect an escape.”

“Tends to perceive self as more public relations than law enforcement,” the researchers said of the prototypical slain officer. Of course service is part of your job. But on the street, your “customer” is not always right. To protect and serve the community, the researchers remind, “officers must realize that they need to protect themselves first” and not indulge a “misguided sense of service” that results in “placing prisoners’ comfort over their own personal safety.” In policing, your success and your safety often depend on your ability to get people to do what they don’t want to do.

Courts have clearly confirmed that it’s justifiable in situations you reasonably perceive as threatening to employ even pre-emptive force to stop a threat; you don’t have to wait until you are assaulted or injured. Yet, some trainers are noticing that some officers today seem so hesitant about using force that it appears they are more afraid of being sued or thought overzealous than they are of being murdered!

Victim officers often “failed to follow established procedures,” the researchers report. They ignored or sidestepped rules, “especially in regard to arrests, confrontations with prisoners, traffic stops, and waiting for backup when backup is available.”

Many times, this was linked to being a hard worker, rather than being lazy or indifferent; the officer was a top performer, driven to amass more arrests, snare more commendations, get recognized with a plum assignment or other award.

Paradoxically, the researchers state, rule-breakers often are rewarded after violating procedures that are designed to protect them. Which, of course, encourages more such behavior that can “endanger both the officers and their partners.”

In other words, officers who ended up dead often relied heavily on their perceived ability to “read” people and situations. They depended on “a rapid or abbreviated process” by which they analyzed environments and subjects and, based on their quick perceptions or feel, “acted accordingly.” That often meant dropping their guard. Commonly they were optimists; they tended “to look for good’ in others.”

When they saw signs of cooperation, heard promises not to cause trouble, enjoyed a prior history of non-violent contacts with a suspect, sensed they had rapport, and the like, they tended to feel they were home free, rather than maintaining a mind-set that stays open to subtle and not-so subtle shifts in every interaction. Regrettably, the research team points out, “victim officers’ evaluations of offenders often prove inaccurate.”

The murdered officers made themselves vulnerable by failing “to recognize that their perception of an incident can vary greatly from the offender’s perception of what is occurring” and what may occur before the contact is over.

From what we know, did the professional personality of the unfortunate chief in Kentucky reflect at least some of these don’t-do traits? Count the ways. Then, ask yourself to what extent you sometimes lapse into these same perilous behaviors because of complacency, fatigue, impatience, inflated confidence, or pressures of the moment.

Remember: The important lessons of life and death tend to be repeated until learned.

(Note 9/21/2007): This article was originally written by Police One Senior Correspondent Chuck Remsberg in 2008. However, we have kept it on our website because it is still useful and true today.