Train and Educate Arresting a Caregiver of Minor Children

In 2002, the National Institute of Justice put out a call to law enforcement officials requesting information about policies regarding the arrest of primary caregivers of minor children. Locally, the individual experiences of law enforcement officers demonstrated the urgent need for not only information regarding policies but the identification of best practices as well as the importance of an open conversation regarding the struggles faced by all involved; caregivers, officers, organizational leadership and policy-makers, to name just a few. Thus, one of the aims of this research is to discover existing policies, procedures, and practices that Michigan Law Enforcement agencies are currently using when they arrest the primary care provider of a minor child. In addition, the research is also designed to provide a source of data for individual officers and agencies to consider when dealing with such a situation or developing policy. Our primary goal was to identify strategies that could be implemented by local law enforcement agencies to improve their response to such situations, therefore better protecting the children as well as the individual officers who could be held liable for the children’s’ well being.

MCL 712A.14 states, “immediately take into custody any child who is found violating any law or ordinance, or whose surroundings are such as to endanger his or her health, morals, or welfare, or for whom there is reasonable cause to believe is violating or has violated a personal protection order issued pursuant to section 2(h) by the court”. Even with this many questions remain unanswered for Michigan law enforcement officials, such as whose responsibility is it to determine that the adult, in whose care the children are left, are suitable and that the children’s safety is assured? Further, what are the legal ramifications of these actions? The courts have been unclear in dictating when and how officers should respond.

The courts, the place to which police chiefs look when setting policy, have sent mixed signals and inconsistent guidance in this very important area. It seems as though the courts are sending the signal that as long as the children are not so young as to shock the conscience and no harm results, the officer can leave children in risky situations and be found to have made an unfortunate judgment call but one that does not rise to the level of deprivation of qualified immunity. But if the abandoned child is harmed in some way, the officer should have anticipated it and will be found guilty of gross negligence and reckless disregard for safety. The problem with this guidance is that it requires the officer to foresee the future.

To gather the preliminary data for this research, surveys were administered to individual law enforcement officers in June 2009. Follow up informal interviews were also conducted. In addition, surveys were mailed to 300 departments across the state. At this point we have received responses from 89 departments across the state varying in size and composition. We have begun the second round of mailings.

While these findings are only preliminary, it is reasonable to expect that they are good indicators of the results that will be found when additional data are analyzed. Nearly two- thirds (64%) of the officer’s surveyed indicated that there was either a) no policy or procedure in place to respond to minor children whose primary care provider has been arrested or b) there was no policy or procedure that they were aware of. Individual officers are left to make judgment calls, predict the future and run the risk of being held liable if something goes wrong. Moreover, departments and their leadership are equally at risk of legal liability for failure to establish policy and/or neglecting to insure awareness of proper procedure. However, the absence of such a policy puts responsibility on the individual officer and provides officers with the ability to be creative in problem solving. Recommendations to individual officers include: 1) find out if there is an existing policy 2) if none exists, begin a dialogue to establish one 3) provide input when the establishment of policy is in its infancy 4) access the data warehouse to explore the variety of policy already established and 5) provide copies of any current policy to the data warehouse (see below). Department leadership should 1) insure that appropriate, workable policies are in place and clearly communicated 2) work to establish open lines of communication with other agency representatives 3) push for a seat on the statewide task force (see below). 4) Lobby for the establishment of a stakeholder roundtable similar to the California model (see below)

When asked, “Under what circumstances, if any, would officers/deputies inquire of an arrestee about any children who might be left unattended while the arrestee is in custody?” the responses solidified our concern regarding the lack of policy in this important area. However, it is important to note that these responses do not differ significantly from the responses of officers across the country. Of those surveyed almost half (48%) said they would inquire about children only when the arrestee raised concern. About one-third (33%) said they would inquire about children when a child or children was present. Most alarming however was that only 19% indicated that they ask about children who may be left unattended at every arrest. We believe that these numbers will increase, the liability for individual officers and departments minimized and the well being of children improved when the recommendations above are taken. However, our research also indicates that before those steps can be taken, there must be a concerted effort on behalf of multiple agency leaders to improve communication. Responding officers indicate that interactions with Child Protective Services are at the very least unpredictable. In addition to triggering multiple layers of paperwork contacting CPS often results in less than cooperative responses. For example one officer reports, “I have been put on hold, hung up on and told it wasn’t their problem.” Another shares, “we generally don’t call them, they are rude and tell you to look for any relative, so that’s what I do.” And finally, some officers indicate that the working relationship with CPS is so bad that they “do not arrest females with kids unless the kids are in immediate danger.” For the most part, officers use their best judgment and seek to place children with a responsible adult, usually a relative. Yet again this places individual officers and departments at risk primarily because, as three quarters (76%)of the respondents indicate, there are no polices or procedures in place to check on the acceptability of the caregiver that has been nominated by the arrestee. Furthermore, only 52% of those surveyed responded that they would notify another agency, such as Child Protective Services in this type of situation. Again the lack of a good working relationship across the agencies creates risk for all involved. While there is no guarantee that notification would trigger the appropriate background checks of nominated caregivers, relatives or otherwise, it appears that notification at the very least is a good first step.

The State of Michigan and Law Enforcement are faced with a unique opportunity. A recent settlement in a federal class action lawsuit requires comprehensive reform and federal court oversight of Michigan’s Department of Human Services. Of the multiple problems identified by the state appointed task force, two stand out as obvious areas where the input from individual officers and departments can make a difference are 1)Lack of collaboration across the system, which interrupts care and duplicates efforts 2) Lack of clear professional standards for child welfare judges, attorneys and social workers. We strongly recommend that the governor appoint individual officers to this task force as they are often the first point of contact in the process and are well suited to address the ‘practical ‘ side of policy implementation. In addition, we believe that officers are uniquely qualified to contribute to the discussion regarding communication breakdowns as they are the ones encountering them. Governor Arnold Schwarzenegger (CA), when faced with findings similar to those in this report, convened a task force made up of all stakeholders, individual officers, social workers, administrator’s from each office involved, community members and scholars to seek out solutions. We recommend that Governor Jennifer Granholm (MI) do the same. Next Steps Recently our research team has began to submit Freedom of Information Act (FOIA) requests to obtain copies of policies that are already in place that address arresting the primary caregiver of a minor child. Our plan is to make these available online to all officers through a data warehouse. We will keep you posted. The final report regarding this survey will be available no later than April 2010. We will provide a copy of this to the Police Officers Association of Michigan, the Michigan Association of Chiefs of Police, the Governor’s Office, National Institute of Justice and the Law Enforcement Executive Forum. 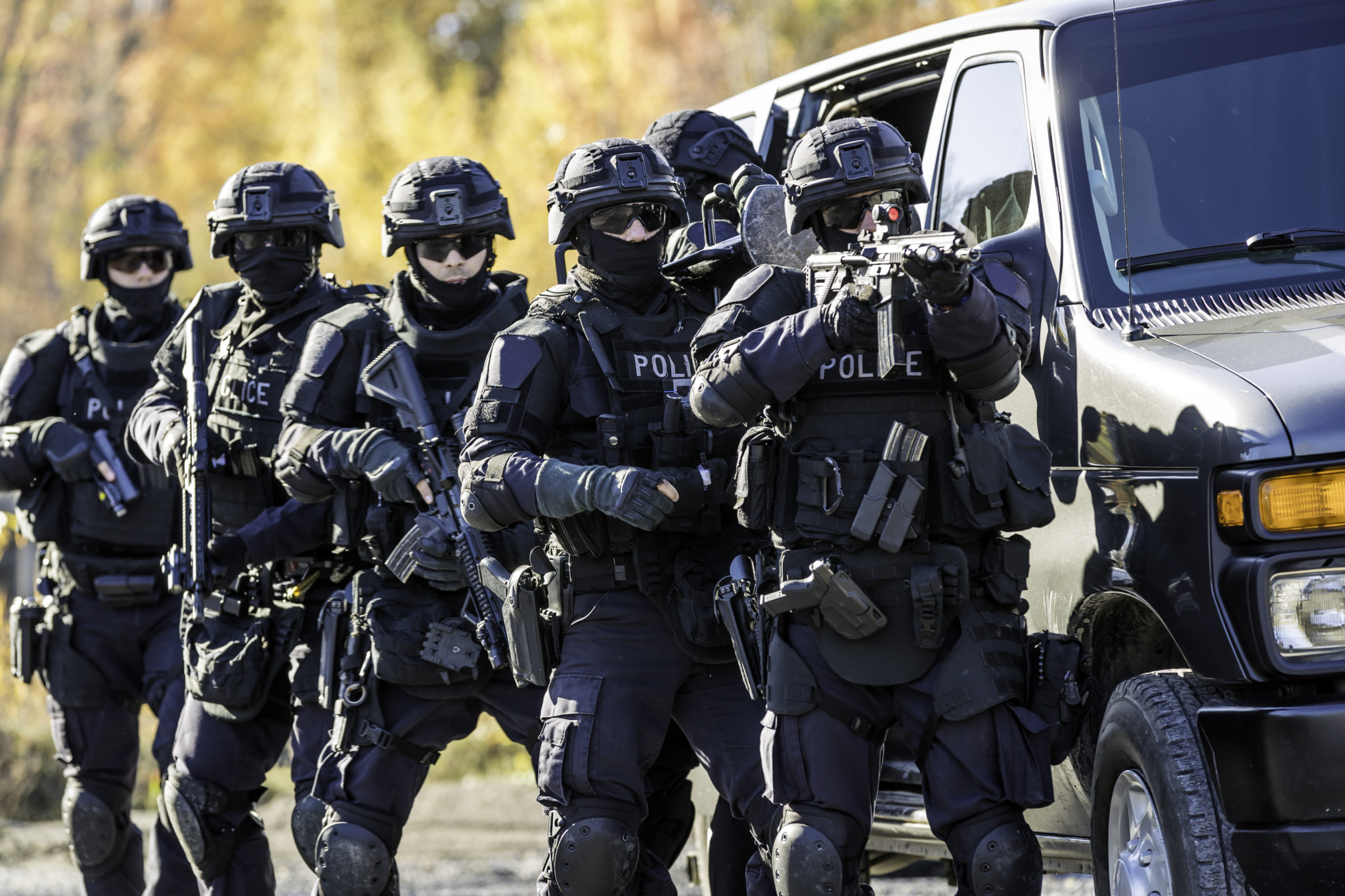 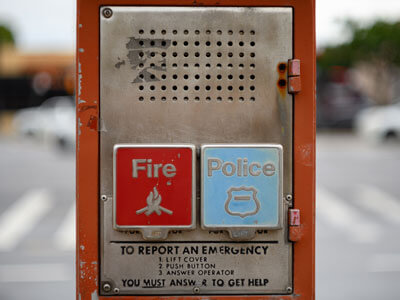