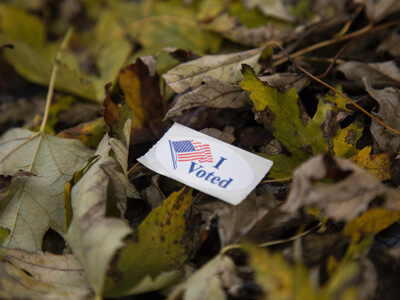 President Jim Tignanelli details the importance of voting and why you should vote. Listen to the full podcast episode now, or read the transcription below.

I’m asked a lot about why we endorse candidates, why it’s important to vote out there, and I know law enforcement officers are locally involved in their things. But it’s become more important, I think than ever to pay attention to the candidates you’re voting for. And I’ve been interested in this stuff for 50 years, so I’m probably not the right guy to talk about it. But, I’ve never seen things more political, decisions being made for the politics of things than it is right now.

The most important issues that we deal with legislatively are almost always dealt with along party lines. And it wasn’t always that way. Everybody knew a moderate Republican that maybe they didn’t like or a moderate Democrat that they didn’t like because they weren’t enough one way or the other. And that’s happening now.

I go back to 2016 when the Tea Party was there and they thought that the Republicans had become too moderate. Although, we don’t remember that as much because they weren’t burning police cars or throwing bike racks through store windows. But now, it’s on the other side of that, where I’ll use the AOC thing in the Bronx where she unseated a senior Democrat, a powerful Democrat in Congress because he really wasn’t Democrat enough, whatever that might be, but certainly in her opinion. And that’s become pretty normal.

So consequently, the fear of getting unseated, whether you’re a Republican or a Democrat, is always a big one. And the reason that’s become more important now is because everyone now has to vote along party lines. The situation where you used to be able to be the moderate guy in the group that they went to look for, now if you’re that moderate guy, you’re in danger of being unseated.

The situation has gotten to where you have to vote party lines or lose. And because of that, the majority in power in the Congress, in the House or the Senate, becomes very important because if you are part of the 49% and not the 51, you can speak about a lot of things, but you can’t get anything done. So voting has become more important than ever and the candidates matter. And it’s not the party, it’s what they think.

And for us, the most important thing is how do they feel about – I’d say, well, I’ll throw it under one hat – the military and law enforcement because in one way or another, the military is deemed to be dangerous to some people and protective of others. And so to me, you have to look along that line. And I don’t care what party they’re in if they’re going to be, we want to defund the police, or we want to reorganize how police departments are done, or we want to change how all police work is done, it’s going to be a party-line vote. And we need to watch that very carefully.

I’ve always said if you’re going to whine or gloat about how something goes, you should be somebody that voted. Don’t be there whining about how it went when you didn’t participate in the process. You may lose the vote, but you should always make sure that you vote and take people with you as you do.

Right now, there is a big difference between the right and the left, and whatever side you’re on, maybe being on the left is what enthuses you. But there is a big difference. It’s a binary decision nowadays. There are no moderates that are going to be able to do much of anything. And that’s unfortunate, but it’s the direction that things have gone. And because of that, you need to work hard to elect candidates that follow your line of thinking.

We’re in Lansing every day. We’re in D.C. every day. We have representatives there working on issues important to you. And it’s important that you have people there that know you supported. They know that you’re watching what they do, and that’s very important.

So go out and vote, whatever side you’re voting on. Make sure people know why you’re voting, why it’s important to you, and go do it.

I want to thank everybody for tuning into another edition of the POAM Podcast radio show. I want to remind you that each and every month you can find every single podcast online on Apple Podcasts and Google Podcasts. Just search for POAM (or our full name). They’re also available for download or for live listen on our website. Visit us at poam.net. Get on our newsletter and send us all of your comments and suggestions for future shows.

Be sure to check our website regularly as we publish more POAM podcast episodes, like this Get Out and Vote Michigan episode. Have a topic idea? Let us know on our social media platforms!