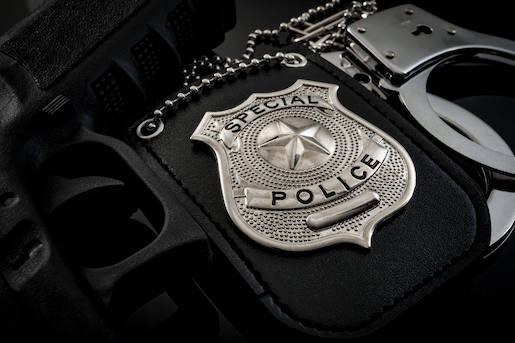 Thank you for taking the time to meet with me last month when I reached out to you for input on the recent debate over police reform. I have always valued the strong working relationship I have with law enforcement in Michigan and appreciate your feedback and insight on this issue. I recently became aware of correspondence from POAM to me regarding this issue that unfortunately was sent to an invalid email address (which was later forwarded to me by Senator Peter’s office).

As you know, my grandfather was a Detroit Police officer and current members of my family are law enforcement officers. I appreciate the important work that police officers do every day and the sacrifices you make.

Qualified immunity is a complicated legal issue. As police reform is considered in Congress, I look forward to working with you on ways to address accountability while ensuring police officers are supported so they can do their jobs safely and effectively.

As always, my office is open to you. As you know, you can reach out to my regional manager who you regularly communicate with to further discuss this issue, and I am always available as well.

We haven’t spoken in a few weeks, so I thought I’d drop a line to check-in. And if I may be so bold, share some of my thoughts on the police reform debate that’s raging across the country.

99.9% of law enforcement officers are heroes. Selfless public servants who leave their families every day, putting their lives on the line, to keep my and other families safe. Bad officers are outliers who can and should be held criminally responsible if the circumstances call for it, but I could not vote to open all officers to civil liability.

I have been in life-threatening situations both as an officer in combat and as a black man in America. My unique firsthand experience is imperative to this conversation and mine are two perspectives that my opponent cannot understand.

Eliminating qualified immunity for police officers is an emotional reaction to a very serious problem. I fear it would make matters worse and actually endanger the lives of the most vulnerable Michiganders.

Senator Peters understands law enforcement has the difficult job of keeping our communities safe.  It is a responsibility that is incredibly dangerous and subject to human fallibility. Although we must hold public servants accountable for their actions, Senator Peters does not support the elimination of qualified immunity. Senator Peters is committed to working to support members of the law enforcement community and the communities that they serve.

During this time of uncertainty and disruption, the Police Officers Association of Michigan (POAM) is fighting for the rights of our members, including the doctrine of qualified immunity. POAM President Jim Tignanelli urges Senators Gary Peters and Debbie Stabenow to reply immediately regarding their decisions. Read more.

Hope this finds you well and BUSY! As for us, we are getting used to being the most feared and hated occupation in America. You cannot believe the way people are treating our members. This job has never been easy but it has never been more difficult than it is right now. The subject of “qualified immunity” that is being thrown about is going to be what brings the idea of becoming a police officer an extinct one.

Clearly, the democrats who used to understand the need for a law enforcement union and due process for police officers have taken the bait and are teaming up with the threat of elimination of qualified immunity. Nearly every law we enforce and nearly every public contact we are dispatched to has the potential to make someone angry. If our guys must react with the presumption that they could be sued civilly for trying to do their jobs, there is little reason to pursue the occupation of a law enforcement officer, corrections officer, or communications specialist.

I need to know and be able to announce to our members our senators will vote “no” to any bill that comes before them that includes the elimination of what is known as qualified immunity. I need to know this as soon as possible. The issue has been widely debated and cannot be balanced on multiple other issues, such as personnel files, chokeholds, and defunding the police in exchange for more social workers. Social workers call 911 too!

Please contact me with your intentions. Law enforcement officers, corrections officers, and communication specialists are under attack from enough of society right now. Asking them to support our representatives in the Senate at a time when you might be supporting legislation that will diminish this basic, long-existing protection for them while on duty may be impossible.

We are committed to fighting for the rights of our members and Michigan law enforcement in general. Please stay alert with upcoming news and messages by visiting our website, social media channels, and mobile app.

Related Article: WZZM’s What is Qualified Immunity and the Movement to End It